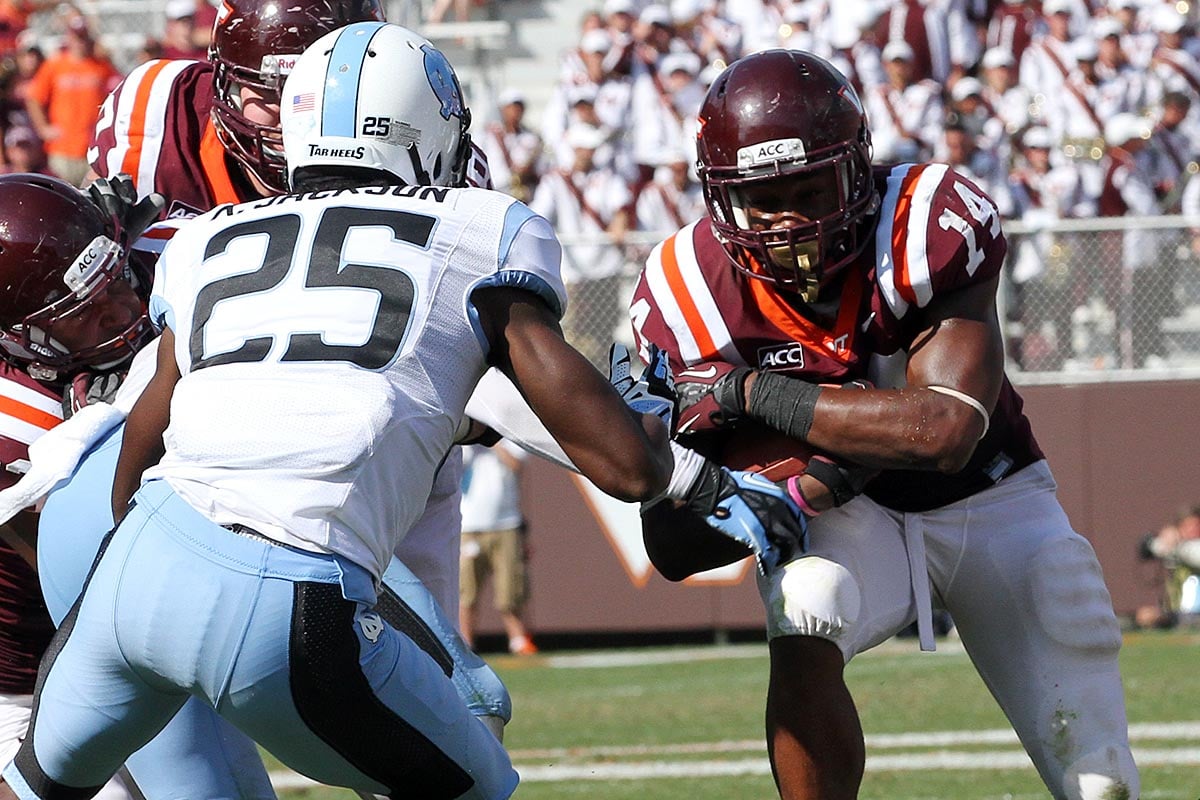 How happy are you with the way the offense has progressed to date?

Upwind of uva: I would have to say I’m generally neutral-to-satisfied with what we’ve seen so far. There have no doubt been signs that this offense is built differently, and better, than anything we’ve seen in Blacksburg in a long time. Lefty’s comment about Logan Thomas hitting his 5th read is the first time I’ve even read about more than two options in the passing game. I’m sure more than two existed, but were they ever realistic options in our passing attack?

I like that the young guys are getting playing time and perhaps starting to grow into their positions, with the caveat that the modest improvement has come against less-than-stellar defensive teams. Stanford and Byrn have stepped up, and even Knowles has made some plays on tougher balls thrown his way. (Now if he can only eliminate the drops)

Trey Edmunds had that big run against Alabama, and at times has shown the toughness to run between the tackles that we so desperately want. Logan Thomas has been more effective the past few games, notably in the run game and not turning over the ball. In general Tech protects the ball well, which is critical for this team.