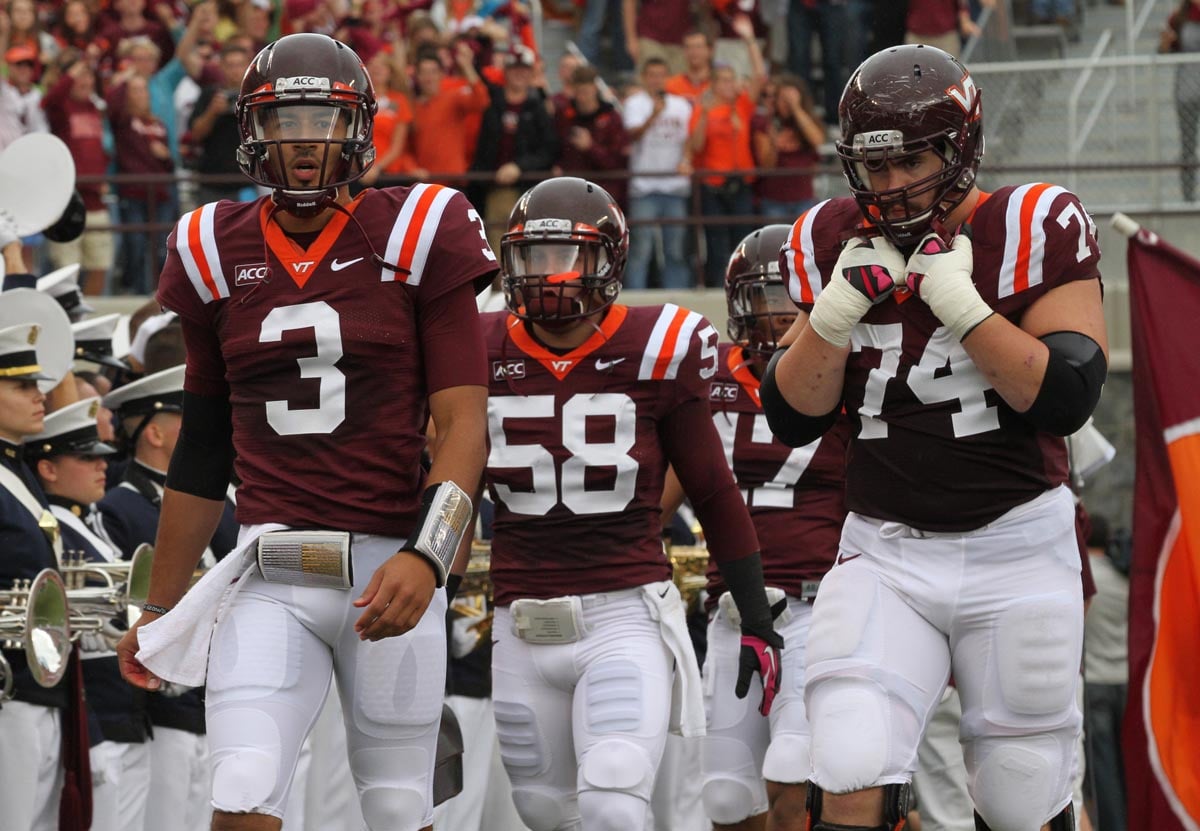 The BCS standings: I was very surprised by the Hokies’ #14 rating in the BCS standings, especially when you consider that the two human elements, the USA Today and Harris Polls, have the Hokies way down at #19. The computers slotted Tech at #8, and that moved the Hokies up to #14 overall.

Of more consequence, however, is that the computers don’t factor margin of victory into their equations. There are no “style points” in the calculations. So barely beating ECU (15-10) and Marshall (29-21 in 3OT) matters to humans, but not the computers. All the computers see are wins over teams that are otherwise 9-2, and one of those wins (ECU) was on the road.

Just look at Jeff Sagarin’s rankings (scroll down after clicking). The version of Sagarin’s rankings used in the BCS (PURE_ELO in the link) don’t factor in margin of victory, and the Hokies are #7 in those. But in his separate ratings for the USA Today (yes, it is horrible, this web site I’m linking to) he does factor in margin of victory, which he is on record as saying he prefers, and in that ranking, the Hokies