This is the final part of our series on offensive recruits from the state of Virginia from 2009 through 2011.  Today we’ll look at the 2011 class, which features players who are either r-sophomores or true juniors in college right now.

For some of these guys, their development is far from over, and it’s too soon to draw conclusions.  However, four of the top five offensive recruits in the state in 2011 have failed to live up to expectations.  In fact, three of those four have already transferred, and two are playing 1-AA football. 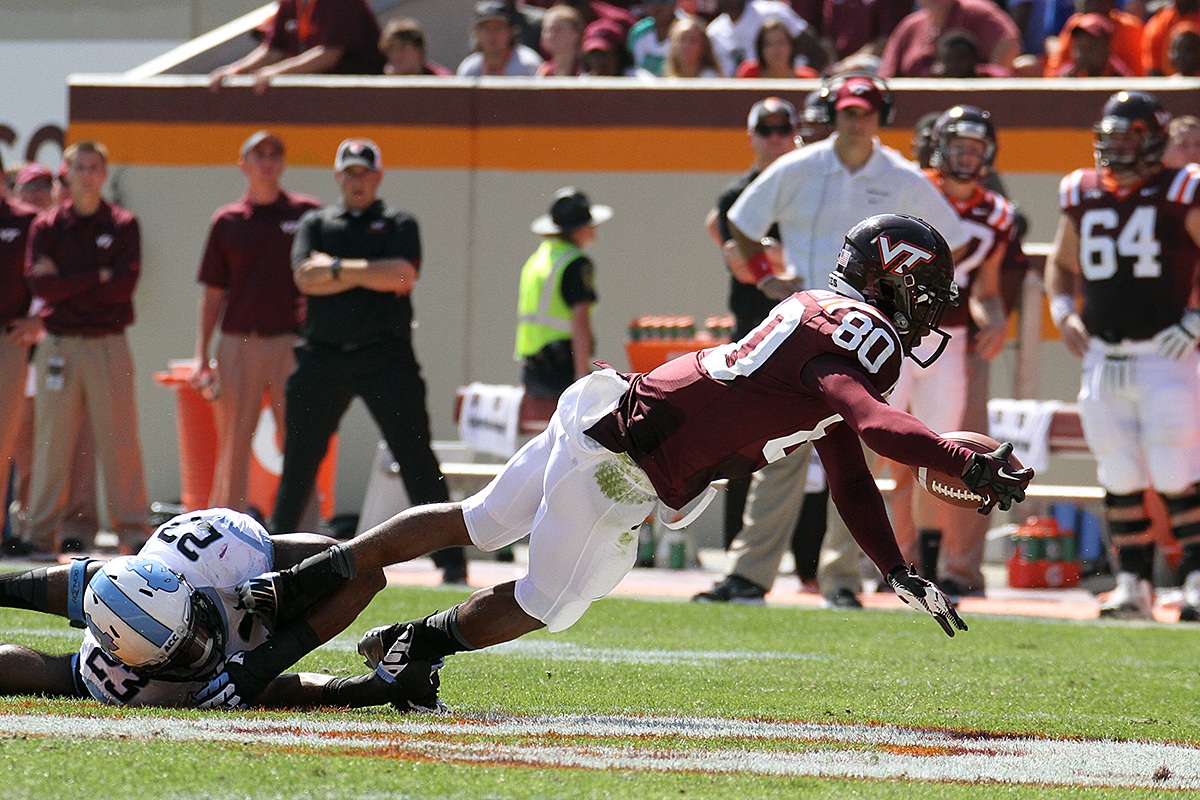 #2 Dominique Terrell, WR, UVA: A true junior, Terrell was supposedly a big-time playmaker coming out of high school.  However, he has just one touchdown in 2.5 seasons in Charlottesville, and he’s averaging just 7.6 yards per catch in 2013.  NFLDraftScout.com lists him as the #125 WR prospect for the 2015 draft.  In short, he’s not even close to being on the NFL radar.

#4 Landon Turner, OL, UNC: Turner is starting as a r-sophomore at UNC.  Though it’s still very early, NFLDraftScout.com lists him as the #1 OG prospect for the 2016 class.  It’s too early to tell exactly how good Turner is or will be, but he could certainly could have helped Virginia Tech.

#7 Clifton Richardson, RB, UVA: Richardson’s redshirt was blown at UVA in 2011, and then he was barely used as a sophomore.  He transferred to Liberty in the offseason.