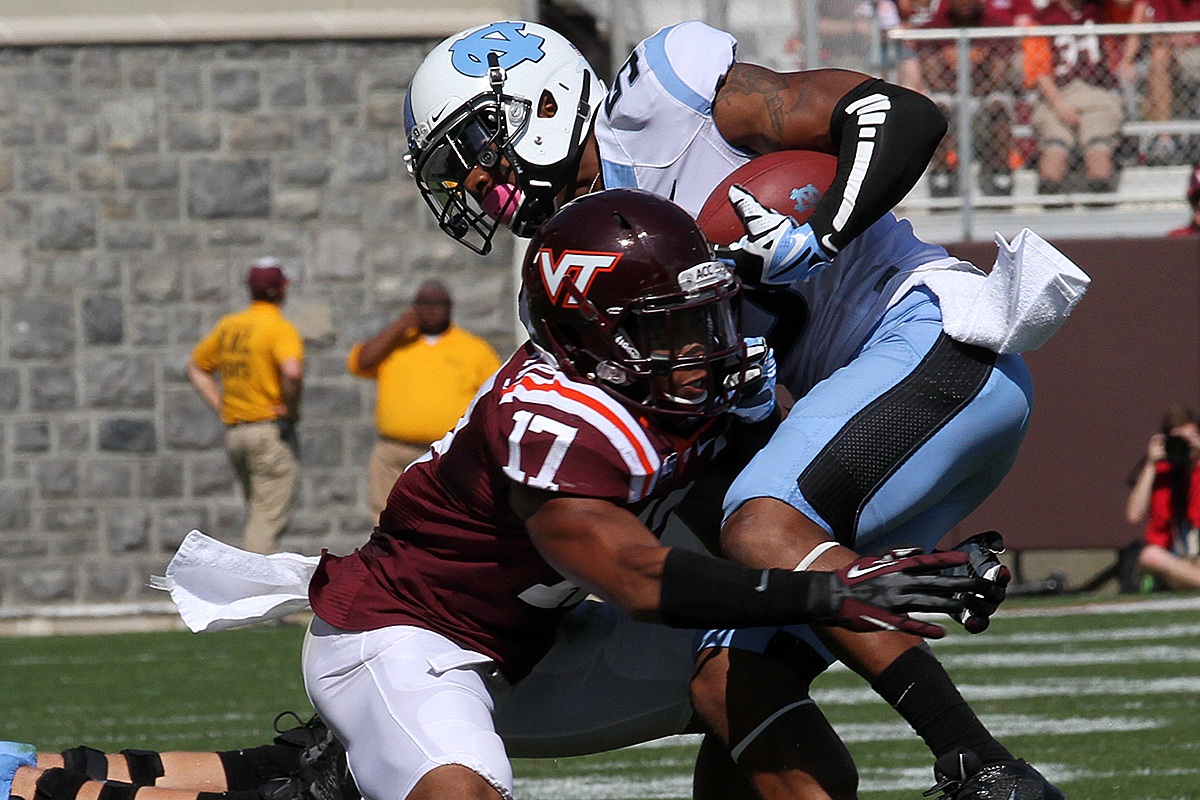 Six games into the 2013 season, give your mid-term report card for the team.

Tafkam Hokie: Just to be difficult, I’ll use the new standards-based grade system instead of the old A-F system.

Is the offense where it needs to be?  No.  It does sputter at times, and the inconsistent running game from the tailback position is particularly frustrating.  But the lightbulb seems to have turned on for Logan Thomas that Will alluded to in a preseason article, and he is playing at a high level right now.  The receivers are coming along and seem to have developed some chemistry with Thomas.  Our pass blocking is at least satisfactory.  A poised, senior quarterback who can hit 65%+ of his passes and minimize turnovers can win you a lot of football games even with a sputtering running game.  The coaches do seem to have a good grasp of our strengths and weaknesses and are putting together gameplans that give us the best chance to win, even if it isn’t by running the ball like Beamer would normally like.

Defense Overall Grade: CS (Consistently Strong) They lead the nation in sacks, TFL, and interceptions.  Gayle and Collins alone combine for 33 QB hurries.  They are top-10 in pass efficiency and pass yardage defense, and top-15 in rushing defense.  They have delivered consistently outstanding performances that gave the team an opportunity to win every game we have played.  That is all a fan can ask for.

Special Teams Overall Grade: NI (Needs Improvement) Punting is outstanding and ranks in the top 20.  But just about