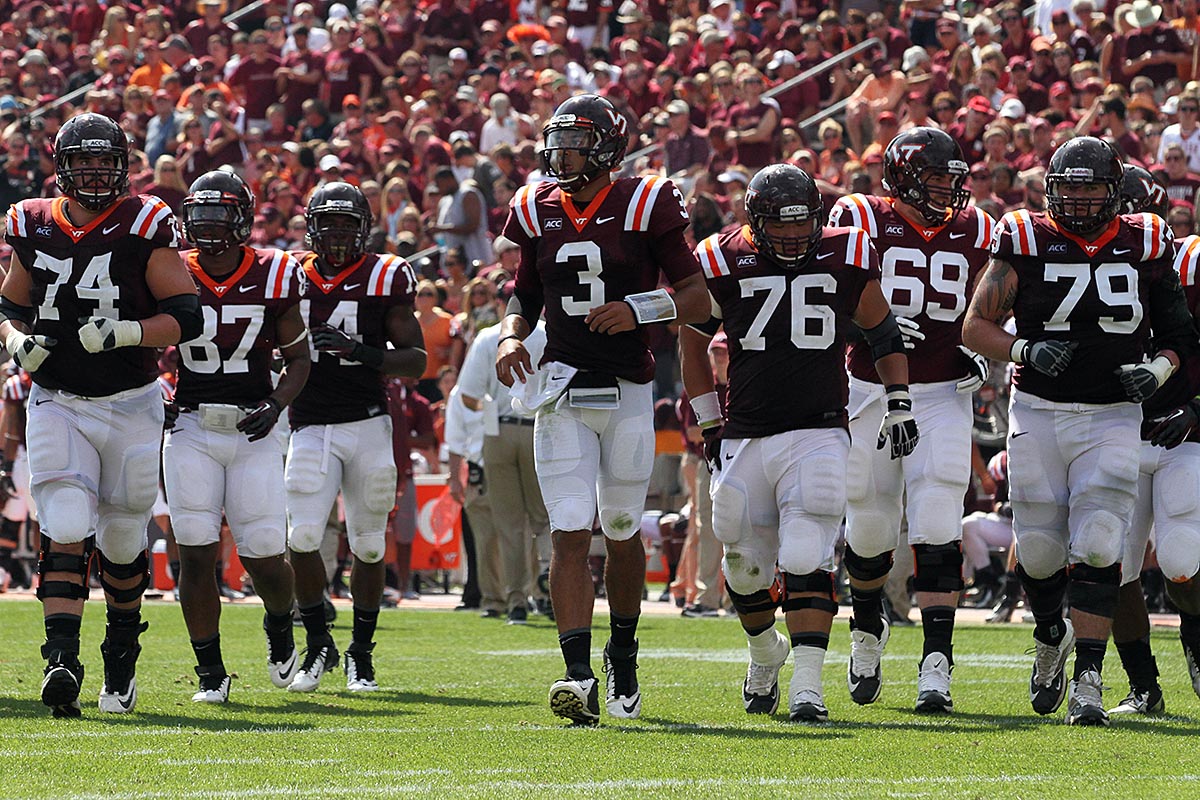 The idea of North Carolina beating the Hokies in football is disturbing. It’s just wrong. So it was nice to see the Hokies restore order to this rivalry with a convincing win Saturday. It heals one of the many wounds from the 2012 season.

After entering the ACC in 2004, the Hokies ran off five straight wins over UNC, by an aggregate score of 129-64, an average of 26-13. But by 2009, Butch Davis and John Blake’s player-buyin’, wheelin’-and-dealin’, don’t-worry-about-going-to-class coaching methods closed the talent gap with the Hokies, and UNC knocked off Tech 20-17 in Lane Stadium on a Thursday night.

I remember that game clearly. UNC was superior physically and athletically, no question about it. It was pretty disgusting, to see a team that wears baby blue just be … better at the game of football.

As for 2012, there are two games from last season that were utterly embarrassing, games in which the Hokies barely put up a fight: the Pittsburgh game (a 35-17 thrashing that wasn’t nearly that close), and the UNC game, a 48-34 loss in which three things happened:

That game took a VT season that was already getting away from the Hokies and put it on a rocket sled to mediocrity.

To continue the process of restoring the mental health of Hokie Nation, winning this game was paramount. I think most Hokie fans understood that the trip to Atlanta last weekend was a tough one, and they were thrilled that Tech won.

But to lose at home against this UNC team, who came in 1-3 and could boast nothing impressive offensively or defensively … that would have been a disaster, and would have undone the good work accomplished in Atlanta.

Fortunately, that didn’t happen. Tech got a solid performance from their defense, and a second straight good outing from Logan Thomas , and won comfortably, 27-17. Let’s look under the hood.

There’s been a lot of talk about Logan Thomas ‘ day, Marquise Williams giving the Hokie defense fits, the lack of a Tech running game, and the like. But what really decided this game were mistakes. UNC made them, and Virginia Tech didn’t.

Here’s a rundown of stats that make this game sound like a nail-biter:

Sounds like a pretty even game, right? Now look at these stats:

Annnnnnd there you have it. Not much more to it than that.

Let’s start with the penalties. Here are Virginia Tech’s penalties:

I won’t list all of UNC’s penalties, but here are the ones that hurt:

To be fair, the illegal block was a key block in Ryan