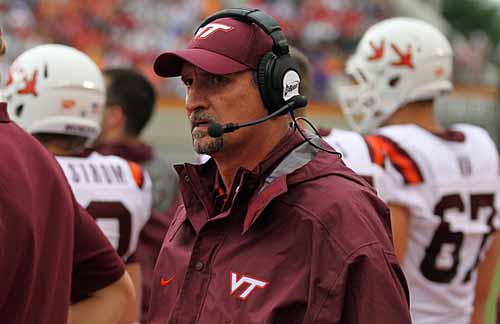 Yes, Virginia Tech’s defense is awesome, but exactly how awesome are they?  Let’s look at the numbers.

Impressive numbers, overall.  The Hokies are #4 in total defense, and the three teams ahead of them (Michigan State, Florida and Louisville) haven’t played as challenging a schedule as Virginia Tech.  In fact, it’s not even close.

Florida has been challenged a lot more than Michigan State and Louisville, but the offensive potency of their opponents doesn’t measure up to Alabama, Georgia Tech, East Carolina and Marshall.  Alabama has All-Americans on offense, Georgia Tech has a unique system, ECU just dropped 55 points and 600 yards on UNC, and Marshall averages nearly 500 yards per game.

Even though Virginia Tech is only ranked #19 in rushing defense, when you consider that they’ve played Alabama and Georgia Tech, that’s a very impressive stat.  Despite playing those two programs that are known for their ability to run the football, the Hokies are allowing just 103 yards per game on the ground.

Nothing gets more impressive than Tech’s passing defense, however.  Here’s how opposing quarterbacks have fared through five games…

East Carolina’s Shane Carden is the only quarterback