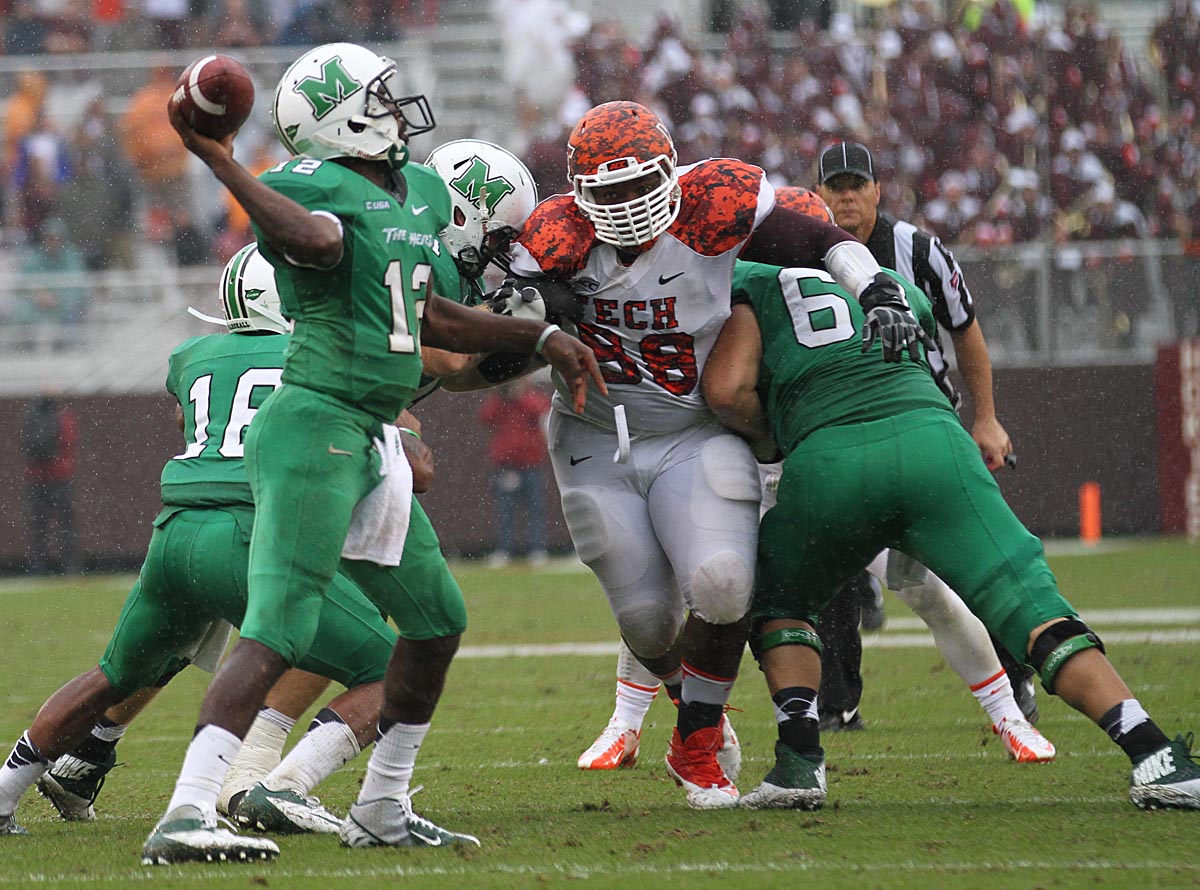 As kickoff approached for this one, I started to really look forward to it. I was anticipating it the way I anticipate conference games or bowl games … okay, not really bowl games, but I was excited by the challenge the Hokies were about to face.

I knew from the research we’d done that Marshall, in particular Rakeem Cato, was the real deal. I knew he would challenge the Tech defense in a way that ECU hadn’t, maybe in a way that even Alabama hadn’t.

I also expected the Hokie offense to be challenged by the Herd defense, the fifth-ranked defense in the nation coming in. Sure, that had come against a schedule of Miami (OH), Gardner-Webb, and Ohio, but any time you’ve got the #5 defense after three games, you’re doing something right.

I think a lot of people hear the name Marshall and see the green jerseys and think “easy win,” but I went into this one eyes wide open. Virginia Tech’s defense is very good, but their offense is inconsistent, to put it nicely, and the program is at a point where Marshall presents a tough game. Sorry, but that’s where we are right now.

I don’t mean to paint the picture of Marshall as a team that’s going to go 10-2 during the regular season. They’re not top 25 material. But they’re better than most people think, and they were a bad matchup for the Hokies. It’s not 2005 anymore, and though the Hokies had won the last three in this series by an average score of 41-11, this one wasn’t going to be easy.

Had this been a game against Miami, Clemson or FSU, Hokie fans would still be celebrating a huge, hard-fought win against a quality opponent. The stands would have stayed full to