Well, that one was about as pretty as the weather.  Yesterday’s win over Marshall featured some great moments, and some not-so-great ones.  I’ll try to touch on several important topics today. 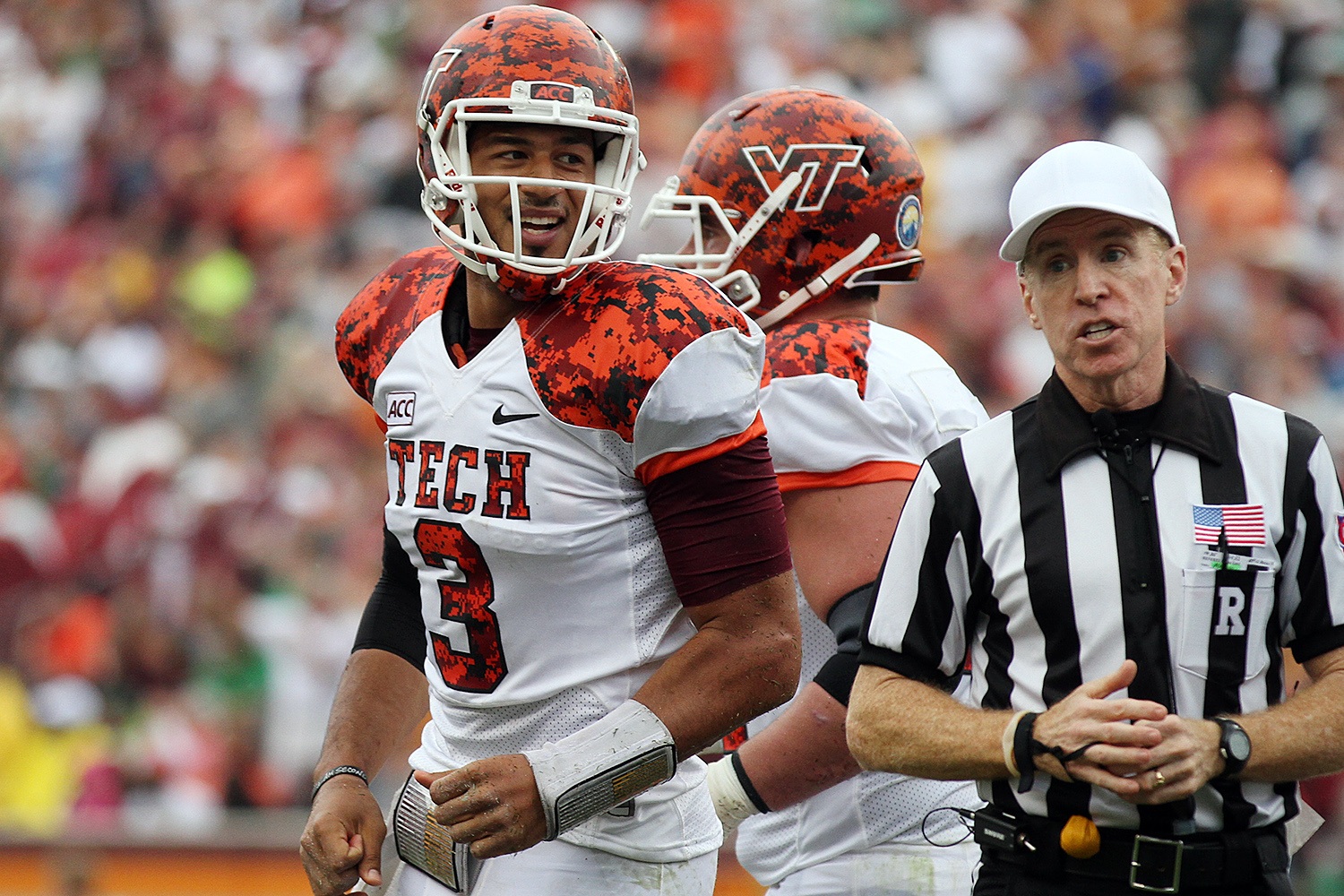 Logan Thomas doesn’t have as much help as some other quarterbacks around the country.  There were some more drops on Saturday, and the running game isn’t consistent enough to protect the passing game.  However, Logan has his own issues that he must overcome.

Thomas continues to have 2-3 plays per game where he makes a very bad decision.  His first interception on Saturday was really bad.  He stared down his receiver and threw right into double coverage when he could have checked it down to Chris Mangus for an easy first down.  The play would have been called back for an illegal formation, but it still serves as an example of Logan making a poor decision.

He made the correct decision on his second interception.  He tried to check it down to Trey Edmunds , but the ball went sailing over Edmunds’ head.  I couldn’t tell if that defensive end got a hand on the football or not, but I think it was a result of a wet ball.  It had just started raining harder at that point in the game, and I think that pick was the first real “wet ball” throw of the day.  Nevertheless, at 6-6 and possessing huge hands, you’d like your quarterback be able to complete a short checkdown, even in the rain.

I think Marshall quarterback Rakeem Cato struggled some after the rain began to fall harder, but in general I feel like he outperformed Thomas.  He made some outstanding throws in that game, and he was very poised in the pocket.

If you trade Rakeem Cato and Marshall junior wide receiver Tommy Shuler (10 catches, 120 yards) for Logan Thomas and Demitri Knowles , by how much do the Hokies win that game?  17?  24?