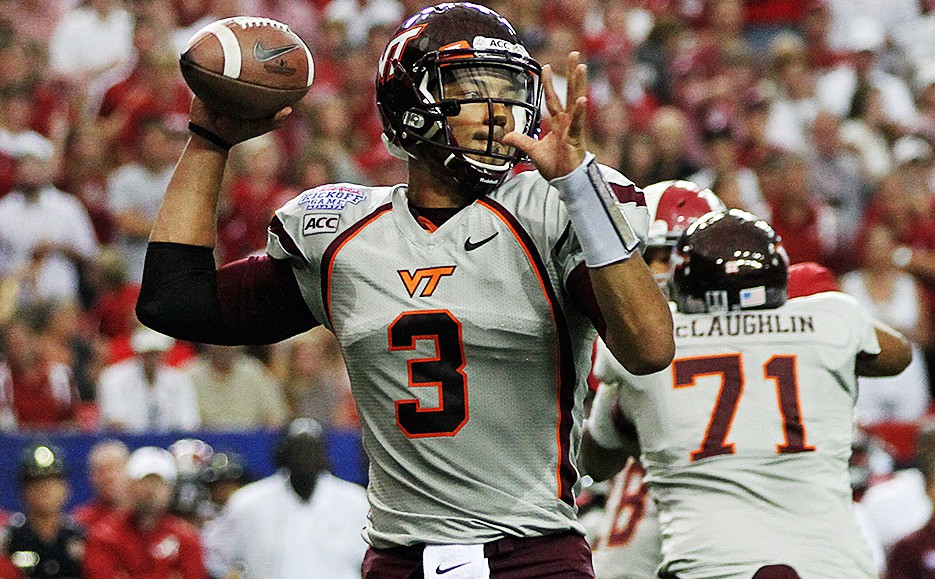 The following is a transcript of a phone interview with Raleigh Hokie.

Chris Coleman: “What did you think of Logan’s performance?”

Raleigh Hokie: “During the game, I thought he sort of backtracked to some of the things we saw him doing last year.  Watching it live, you really can’t see the specifics that are going on.  You see the results, which were a lot of passes that were dropped, but you also had some that were poor throws.  It looked like to me that his footwork and mechanics…he had gone back to a lot of what we saw last year.

I watched the first half of the tape…I think he was better than it probably looked like in person.  If those guys catch those passes, then things build on themselves and you’ve got some momentum going.  It would have helped a lot.  I didn’t see what was going on with the interception at the game.  It looked very bad in person.  It looked like that thing was set up perfectly, and the free safety jumped the route and Thomas never saw him.  But after going back and seeing what really happened, that really wasn’t as much his fault as it was other stuff that was going on.

So overall, I would say…I’m still not sure.  That’s the toughest defense he’s going to see all year.  We’ll have to see what happens from here.  I think he’s a little better than he was last year.  I think he’ll be more consistent in general, in terms of completing more passes…or at least throwing more passes that have a chance to be completed…whether or not the receivers catch it or not is another story.  So at the game I was disappointed, but after watching it I wasn’t as disappointed.  I would say he played okay, but we need to see a few more games.”

Chris Coleman: “How surprised were you by the performance of the offensive line?”

Raleigh Hokie: “Watching the game live, and then watching it again, the thing that jumped out to me is that’s the kind of…and this applies