Today’s Q&A focuses on the tight ends and running backs. 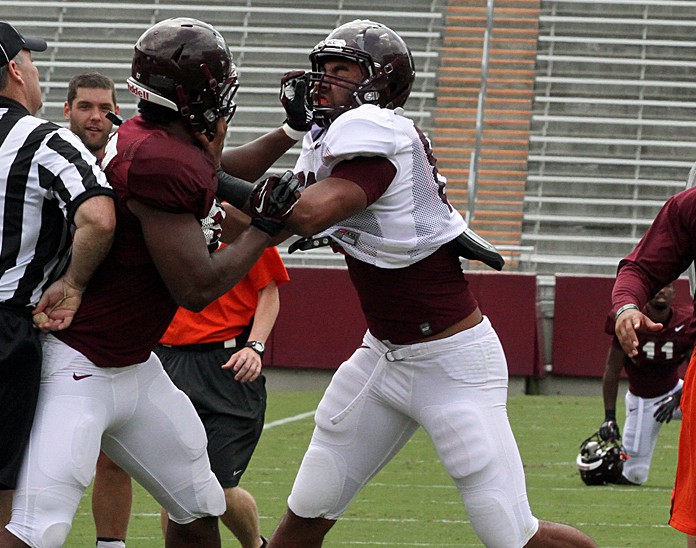 Chris Coleman: Ryan Malleck , without question, is Virginia Tech’s biggest loss this season.  I was planning on writing a quick article today about my thoughts on the tight end position, but since there were so many questions about this spot in this week’s Q&A thread, I just decided to address the situation here.

The issue with Malleck’s injury is that there is a huge dropoff behind him on the depth chart.  I thought he looked very good in the first practice in early August, and it was clear that he was going to be a big part of the offense.  Loeffler really likes his ability, and Malleck told me during an interview that he was the #1 or #2 read on many passing plays this year.

Behind Malleck, the Hokies don’t have much.  I apologize if that sounds harsh, but thus far, it’s true.

Duan Perez-Means (6-4, 242, r-Jr.):  Perez-Means remains the starter because he has a good motor and he plays very hard.  But he’s not strong enough to be an in-line tight end.  I think he can do some things in the passing game as an H-back, but playing the regular tight end position just isn’t in his element.

Darius Redman (6-4, 256, r-So.): This is the guy who looks the part, but things just haven’t clicked up to this point.  I’m worried that he might be lacking in natural football ability, otherwise there’s no reason for a guy with his size and strength not to be able to beat out Duan Perez-Means .