Spoiler alert: There will be NO “breakdown” in this week’s version of the Blue Collar Breakdown.  I will take a few paragraphs to talk about Western Carolina and how I think the Hokies will attack their next opponent both offensively and defensively, but for the most part this column will be about what I liked about the Hokies performance against Alabama and some general thoughts on the personnel for 2014, and what I hope to see improve in the coming weeks.  Normally, I will do breakdown articles, but this is not an opponent that I know a lot about, nor is there an abundance of film available to a regular schmoe like me. 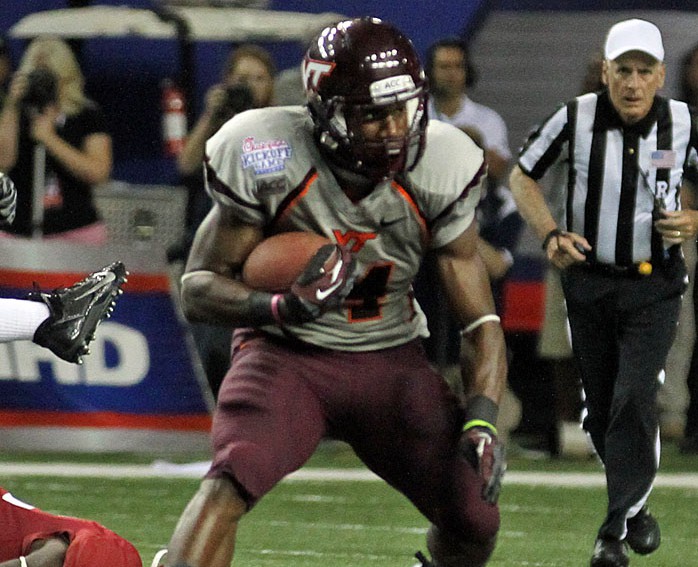 When the Hokies Have the Ball

Expect to see Virginia Tech run the football a LOT in this game.  Western Carolina has one of the smallest defensive fronts in all of college football at any level, and they are fielding a ton of youth and inexperience to boot.  I only expect the Hokies to pass in this game when they absolutely have to, and I think Lefty and Grimey will use this as an opportunity to perfect the timing and cohesion of the run game between a mix of offensive linemen, TEs and WRs.  They’ll play a lot of youth in this game.  We will see quite  few backups sprinkled into this game liberally starting in the second quarter and throughout the second half.  I don’t expect to see Wyatt Teller by the way.  I think the staff wants to redshirt him.  Conte and Shuman will handle backup duties at tackle.  Expect to see a lot of Benedict and Arkema as well as a couple of different guys at Center.  The tight end position will be featured just to see if they can make plays as blockers in the running and receivers in the passing game.

Look for the Hokies to do a lot of traditional zone running in this game.  I was right last week when I predicted the Hokies would come out looking to establish the option early and set up Logan as a threat to run the ball.  I even correctly predicted the staff