This is my annual update of the Virginia Tech Athletics financial information for the year ended June 30, 2012.  As noted in past reports, the following standard caveats and comments are made:

As in past years, for this report, I have presented the past three years for both Virginia Tech and UVA   In the first presentation the Virginia Tech numbers are presented for the past 3 years and the changes between the 2012 and 2011 years are also reported. 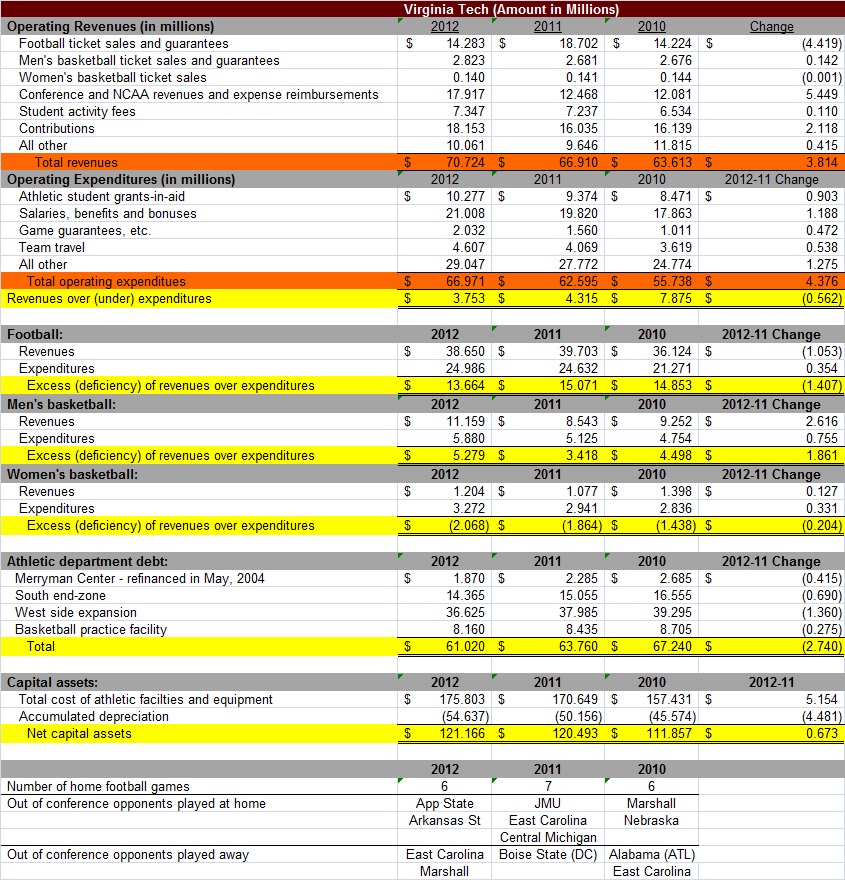 You will notice in the prior table that Tech’s football ticket revenues decreased significantly in FY 2012 (2011 football season) primarily because of the payout of $2.3 million from the Boise State game and Tech only playing 6 home games in the 2011 season as opposed to 7 home games in the 2010 season.