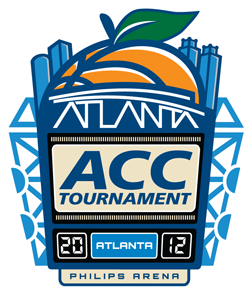 Wasn’t it good to see the guys finish one off? The Hokies are now 6-10 in games decided by 5 points or fewer this season. The inability to close out games has been pointed to as this team’s Achilles heel and a major reason why they went just 4-12 in the ACC this season, so it was good to see them put away an opponent down the stretch.

With 5:49 left, this game was tied at 52. Over the next 3:26, the Hokies put a 9-0 run on Clemson to take a 61-52 lead with 2:23 to go. In that last 2:23, the Hokies committed three turnovers and four fouls (including three by Dorenzo Hudson alone). That alone is cause for heartburn and a recipe for a loss, BUT … during that last 2:23, the Hokies also hit a driving layup and made 5 of 6 free throws.  The seven points in the last 2:23 were enough to keep the Hokies ahead for a five-point win, their largest margin of victory since a six-point win over Oklahoma State on December 31st.

Here are some key stats that told the tale:

Green and Hudson Come Through: Erick Green and Dorenzo Hudson combined for 43 points, 24 by Green and 19 by Hudson. Everyone else is concentrating on the 19 points being the most by Hudson since he scored 31 against FIU way back in the third game of the season, but what’s more important is the combination of Green and Hudson. Their 43 points were the most for them in an ACC game this year by a wide margin, with 33 points against UNC back on January 19th being the previous high-water mark.

Going into the season, I think most Hokie fans expected Green and Hudson to be a more consistent combo. By comparison, Malcolm Delaney and Jeff Allen combined for 33 or more points in ACC play eight times last year, versus just twice for Green and Hudson. As Chris Coleman has pointed out in previous articles, the lack of two consistent scorers has been a problem for the Hokies this season.

Strong Free Throw Shooting: VT shot 17-of-20 (85%) from the line, their fourth-best performance this season. Clemson shot just 9-of-15 (60%).  Flip those percentages, and the Hokies