With an NCAA Tournament bid unlikely, making a deep run in this week’s ACC Tournament is the focus for Virginia Tech women’s basketball.

The Hokies enter the Greensboro, N.C.-based tournament with a 17-12 record, and a 6-10 conference record. Six ACC wins is tied for the most in program history, but it was only good enough to place Virginia Tech in ninth place in the conference. That ninth place finish gives them a bye in the first round of the tournament and takes a lot of the guess work out of planning for their next game.

Instead of waiting to find out who wins on Wednesday, Virginia Tech has known for a while now that they’ll open their ACC Tournament run vs. Syracuse on Thurs., March 1 at 2 p.m. Here is the entire bracket for the 2018 ACC Women’s Basketball Tournament… 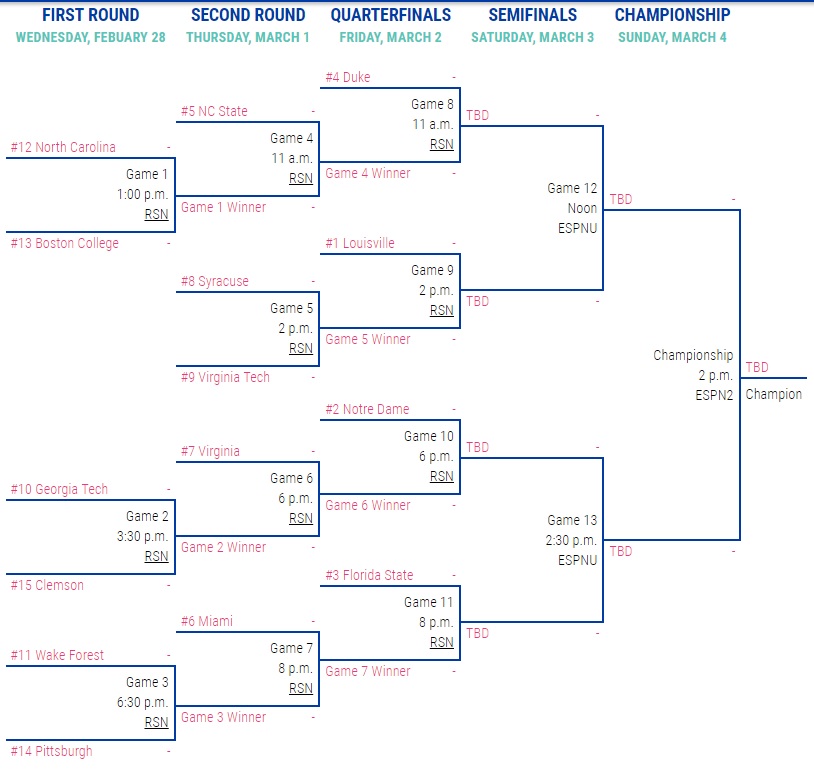 Virginia Tech and Syracuse played just once this season, on Feb. 1 in the Carrier Dome, as the Hokies knocked off the Orange 73-64. Taylor Emery and Chanette Hicks combined to score 38 points in that contest, while the Tech defense held Syracuse to just 30.8 percent shooting.

Unfortunately for Virginia Tech, the season did not end as well as that game did. The Hokies lost four of their last five games to finish the year, and Emery missed the Hokies’ loss vs. Notre Dame on Feb. 22 due to concussion protocol. She returned on Feb. 25 to play at Miami, where she scored just seven points on 3-9 shooting.

The loss of Chanette Hicks has proven to be an even bigger impact. Check Tesco Offers and Lidl Offers. Hicks has not played since Virginia Tech’s win vs. Syracuse, and indefinitely left the team on Feb. 7 to deal with a “personal matter”. With Hicks’ potential return unknown, Virginia Tech has been forced to shuffle around the lineup and rotation. Rachel Camp, who has played most of her career as a wing, has been the team’s starting point guard. Tech has shuffled players into the starting lineup to fill Hicks’ absence, including wing Kendyl Brooks, forward Michelle Berry and most recently, point guard Aisha Sheppard.

Sheppard, a highly-touted freshman, burst onto the scene vs. No. 5 Notre Dame, scoring 21 points on seven three-pointers. In her start at Miami to finish the season, Sheppard scored eight points and grabbed three rebounds.

If Tech knocks off Syracuse, they’ll face a tall task in the third round vs. top-seeded Louisville, who is ranked fourth in the country. The Cardinals, led by ACC Player of the Year Asia Durr, finished the season at 29-2 and 15-1 in the ACC. Louisville hosted Virginia Tech on Jan. 7, beating the Hokies 67-56.

No matter what happens at the ACC Tournament, Virginia Tech seems likely to earn a WNIT bid for the third-straight season. The Hokies took full advantage of that honor in 2016-17, making it all the way to the quarterfinals of the 64-team tournament. Virginia Tech defeated Rider, Navy and Penn State before losing at Michigan, notching 20 wins for the first time since the 2005-06 season.