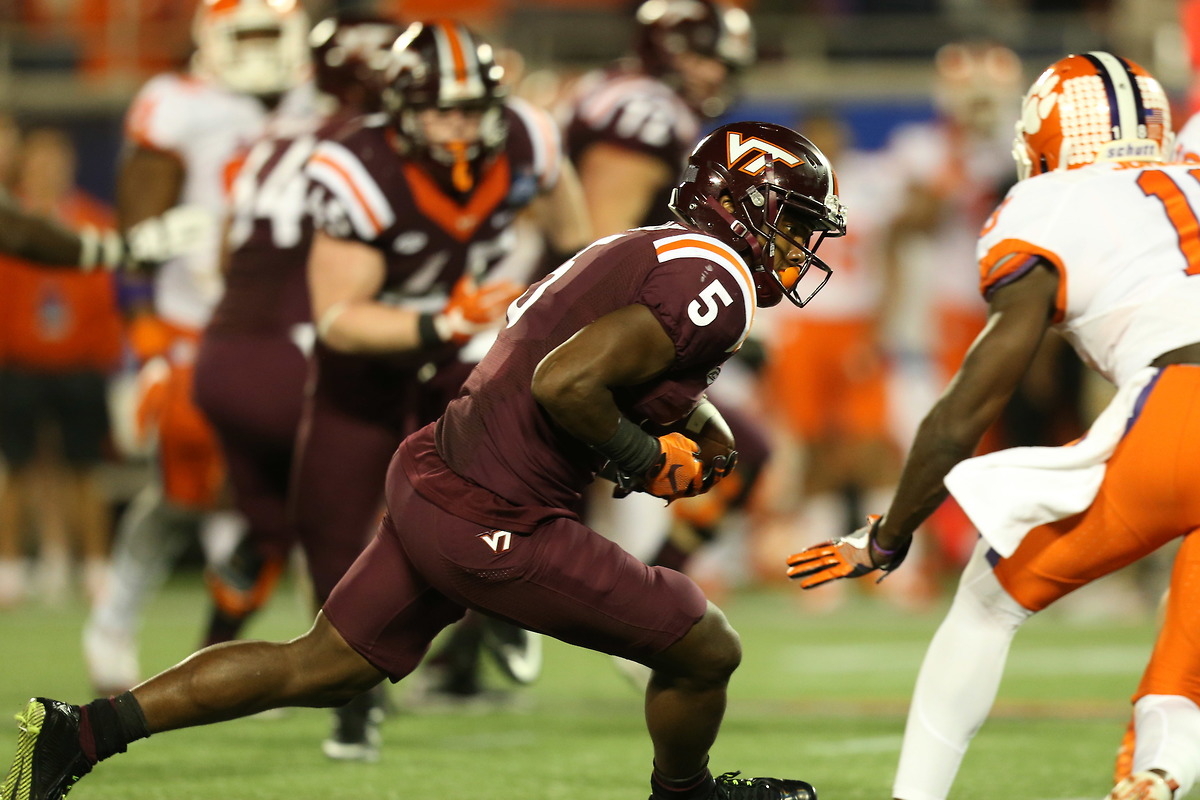 The annual ACC Football Kickoff will be held in downtown Charlotte on July 13-14 at the Westin.  As usual, each school will send the head coach and two players to meet with the local, regional and national media that will gather for the event.

Motuapuaka has been Tech’s starting Mike linebacker since approximately halfway through his redshirt-freshman season.  He has 241 career tackles, including 21 tackles for loss and eight sacks.  He excels against the pass, with four interceptions and seven other passes defended during his career.

Cam Phillips has been a starter since the beginning of his true freshman season.  He has 165 catches for 2,063 yards and 10 touchdowns during his career.  He already ranks third on Tech’s all-time receptions list.  With 45 receptions in 2017, he’ll tie the record set by his former Tech teammate, Isaiah Ford.  With 904 receiving yards, he’ll tie Ford for most career receiving yards with 2,967.

Billy Ray Mitchell to Give Up Football

Offensive lineman Billy Ray Mitchell is no longer listed on Virginia Tech’s football roster.  Mitchell, who would have been a redshirt-junior this season, has battled injuries throughout his career.  He has been granted a medical waiver and will remain on scholarship at Tech while pursuing his academic studies.  His scholarship will not count towards the 85-man scholarship limit.

Mitchell was part of a 4-man offensive line class in 2014 that featured himself, Eric Gallo, Tyrell Smith and Colt Pettit.  Gallo has started at center the last two years, and is again the frontrunner to start in 2018.  Tyrell Smith is expected to start at right tackle this year, and should also be a three-year starter.  Pettit has moved to tight end, where he made a start late in the season against UVA.