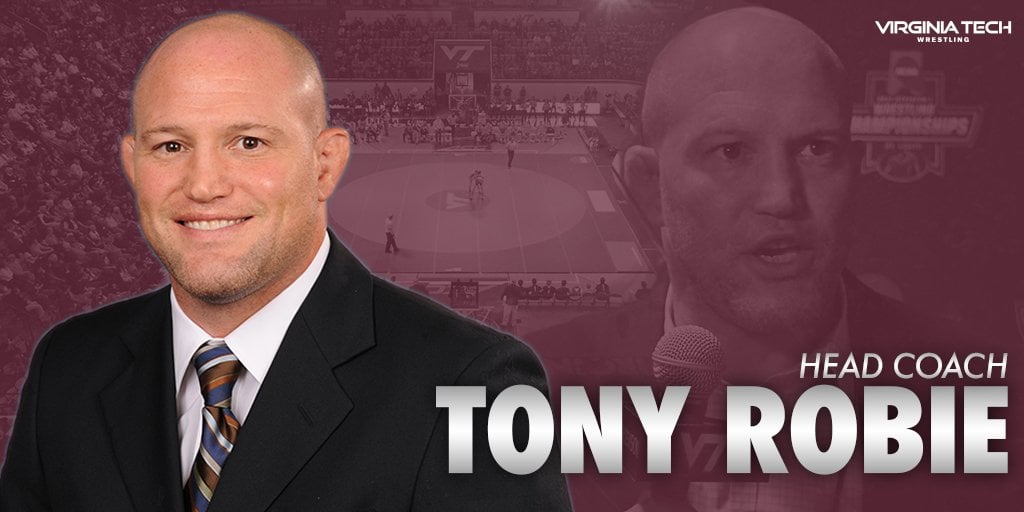 Dresser led the Hokies to an 18-1 regular season record, including a 5-0 mark in the ACC.  After he left for the Iowa State job, Robie took over as interim head coach and led the Hokies to the ACC Tournament Championship, as well as to a sixth-place finish at Nationals.  He was later elevated to Tech’s full-time head coach on March 21.

The Hokies finished in the Top 10 at Nationals for the fifth straight year.  They also captured their first ACC Tournament Championship since 2014.

“I’m honored to receive and share this award with Kevin,” Robie said said in a press release. “I feel that it is rather fitting considering the work we have done at Virginia Tech over the last 11 years. More than anything, it is a reflection of our entire program and the student-athletes that represent Virginia Tech wrestling. I am very proud of how we were able to stick together.”