Two Virginia Tech players were selected in the 2016 NFL Draft. Kendall Fuller and Dadi Nicolas will be playing for the Redskins and Chiefs, respectively.

Fuller was selected in the third round with the 84th overall selection by the Washington Redskins, where he’ll join former Tech defensive backs DeAngelo Hall and Kyshoen Jarrett.  Fuller was thought to be a first round talent by many analysts, but his knee issues dropped him to the third round.  Not only did he have surgery to repair a torn meniscus, but he also had microfracture surgery.  NFL teams are very leery of using early draft picks on players who have had microfracture surgery.

The Redskins recently signed free agent cornerback Josh Norman to a big contract, so Fulller will likely only be asked to supply depth early in his career with an eye towards getting playing time in nickel and dime packages.

Dadi Nicolas was drafted in the sixth round with the 203rd overall pick by the Kansas City Chiefs.  The Chiefs run a 3-4 defense, and they are expected to convert Nicolas to an outside linebacker.  As of a few weeks ago he weighed in at 245 after being listed at 223 as a senior at Virginia Tech.  He will compete for a backup spot as a rookie, though some believe he’s destined for the practice squad for a year as he learns the outside linebacker position. 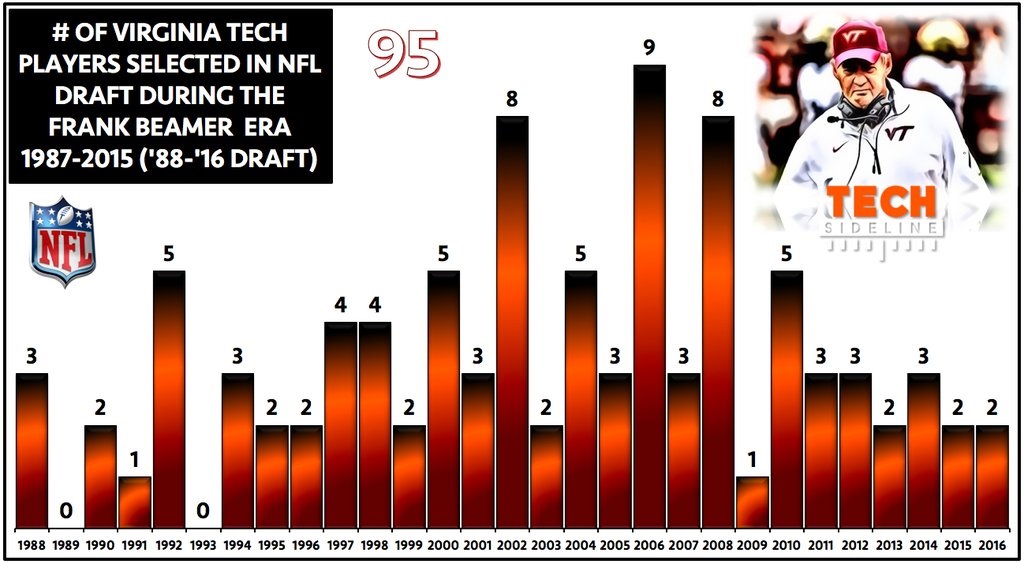