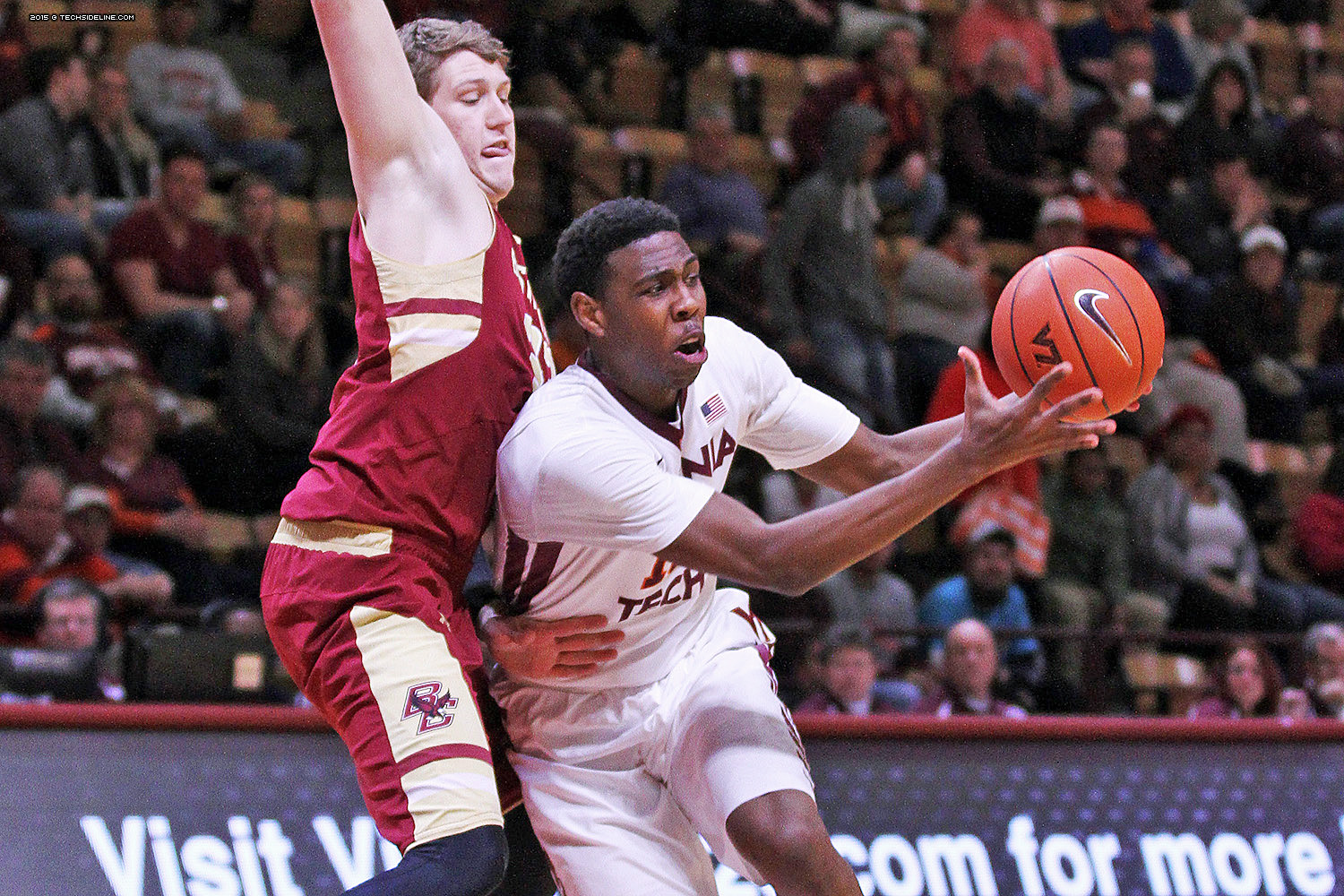 Virginia Tech has a great opportunity to pick up an ACC road win tonight when they take on Boston College in the Conte Forum. The Eagles are 7-20 overall, 0-14 in the ACC, and they haven’t won a basketball game in the 2016 calendar year.

Second year BC head coach Jim Christian turned over his roster in the offseason, bringing aboard nine new players. Last year the Eagles went 13-19 overall and 4-14 in league play, but they’ve obviously taken a step back this season.

The Eagles’ record show that they are the worst team in the ACC. So do the statistics (national ranks, out of 351 teams):

This is easily the worst team Virginia Tech has played since the non-conference portion of their schedule. Usually the Hokies find themselves at a big disadvantage statistically, but not this time. Here’s how they compare…

Boston College outranks Tech in just one of those six categories, opponent turnovers per possession. In the other five, the Hokies hold huge advantages.

The Eagles’ last victory came on December 30 when they knocked off New Hampshire 72-67 in overtime at the Conte Forum. At that point Boston College was on a four-game winning streak. Then ACC play started. Check out these scores…

With the exception of a 68-65 home loss to UNC, Boston College has lost every other ACC game they’ve played by double digits. Their average ACC loss is by 19.1 points. This is quite possibly the worst ACC team to ever take the court.

If the Eagles can’t come up with a victory in their final four games, they’ll join these five other winless ACC teams…

That’s not a club you want to be joining, but Boston College is knocking on the door.

All that being said, this is far from a guaranteed victory for Virginia Tech. Last week, a top 10 Maryland team went on the road and lost to a then-winless Minnesota team. It was a shocking upset, and if the Terps can get knocked off, then the Hokies certainly can. When you throw in the fact that the Hokies never play well in the Conte Forum, and all the makings are there for an upset.

Click on the picture for a larger image. If you can stomach it…

Tech has won just one game in the Conte Forum, and that was thanks to the late heroics of Hank Thorns. On average, the Hokies lose by 10 points every time they visit Boston. Some of the ugliest basketball games VT has ever played have come in that gym.

Despite past history, this matchup favors the Hokies. Five out of BC’s eight leading scores are freshmen. Senior transfer Eli Carter (Rutgers, Florida) leads the Eagles in scoring, averaging 15.8 points per game. However, because of the lack of talent around him, Carter has to force a lot of shots. He’s shooting just 36.8% from the field, and 30.2% from three-point range. Freshman Jerome Robinson is second on the team at 11.6 points per game.

If the Hokies win tonight, they’ll be just one more win away from clinching their first regular season winning record since 2010-11, Seth Greenberg’s next-to-last season at Virginia Tech.