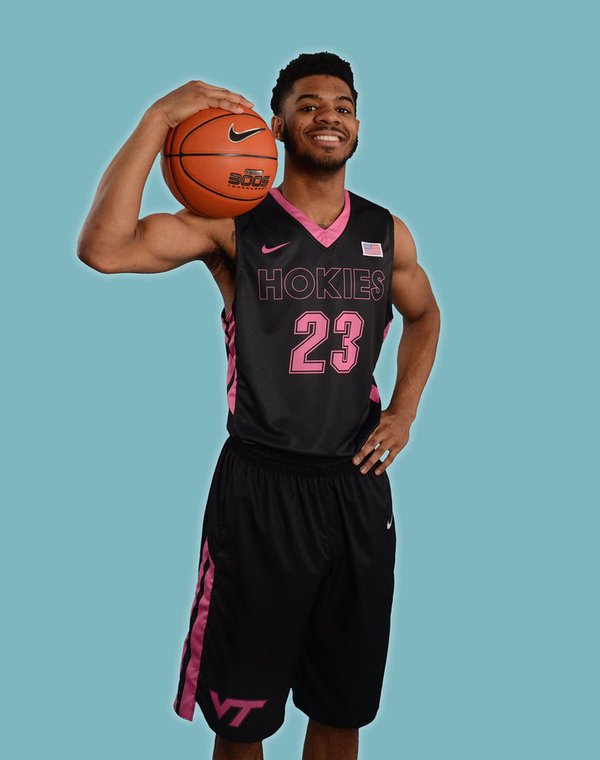 Note: Virginia Tech will be wearing special uniforms for cancer.  They are pictured above.

Virginia Tech plays yet another tough ACC game on Wednesday night. This time #14 Louisville comes to Cassell Coliseum for the first time since the Cardinals joined the ACC.

Louisville is 16-3 overall, with a 5-1 record in ACC play. If North Carolina is not the best team in the ACC this season, then that honor belongs to the Cardinals. Let’s take a closer look at Rick Pitino’s team.

Louisville has lost just three games, and all came on the road.

This is a team that is very close to being undefeated. Considering their statistical numbers, it’s surprising more people don’t consider them to be legitimate National Championship contenders.

Compare that to Virginia Tech’s numbers…

This is a mismatch in every single category. North Carolina was better than Tech in most categories as well, but only ranked in the 70s in defensive efficiency. Louisville is an entirely different animal. The Cardinals are awesome on both ends of the court, and are probably the best team in the ACC, on balance. A team that scores, rebounds and plays defense as well as Louisville is a team that has a legit chance to win the National Championship.

Ken Pomeroy has Louisville as the #3 team in the country. He ranks their offense #27, and their defense #3. Virginia Tech has played several other teams in the top 20 of the Pomeroy ratings…

Of all those teams, Louisville is (unfortunately) most similar to West Virginia. They don’t quite have the same style of press as the Mountaineers, but they put tight pressure on the basketball and force a ton of turnovers. The Hokies generally don’t respond well to teams like that, which makes this the most difficult matchup (on paper) of any ACC game thus far.

Rick Pitino has made liberal use of the graduate transfer rule this year. Damion Lee led the nation in scoring at Drexel last season, while Trey Lewis was an All-Horizon League player at Cleveland State who originally began his career at Penn State.

Center Chnanu Onuaka is a load in the paint. He has posted six consecutive double-doubles. Because of Tech’s rebounding woes, he will be a very difficult matchup. An interesting note on Onuaka: he shot 47% from the free throw line last year, so he switched to the underhanded (granny-style) form this year and has improved his percentage to 58.5%.