Hodges was only a redshirt sophomore this past season, but since he is three seasons out of high school, he is eligible to declare for the draft. He is considered one of the top athletes at the tight end position — perhaps the top athlete — though his overall game could use more development.

Hodges has been overshadowed a bit by Isaiah Ford’s meteoric rise up the Virginia Tech receiving charts, but Hodges has had two very productive seasons himself. He already has 13 touchdown catches, tied for 8th in Virginia Tech’s career list. 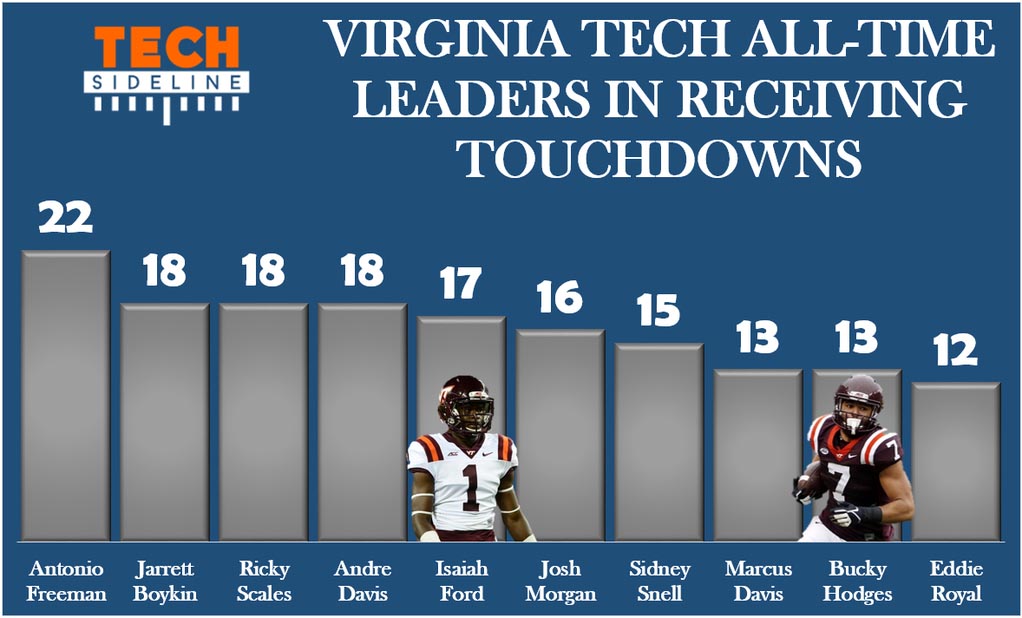 Though listed as a tight end, Hodges has been used often as a third receiver, splitting out wide and creating matchup problems for smaller cornerbacks, and lining up in the slot and succeeding against slower linebackers.

With Hodges returning, the Hokies now have 92.9% of their skill position points returning for the 2016 season.