It’s been awhile since we brought you an OXVT infographic article. Prepare yourself for some cool information on Frank Beamer, the VT-UVA series, and the greatness of Isaiah Ford.

Note: Click on all infographics in this article for a larger image.

Frank Beamer was hired in December of 1986. The following infographic shows a number of famous companies that weren’t in existence at that time.

Beamer has been through a lot of battles with UVA throughout his career. For the most part, the Hokies have started strong and closed strong in those meetings.

The Hokies have held a decided advantage in the first and fourth quarters in their matchups with UVA…especially the fourth quarter. If the game is tight heading into the final frame on Saturday, remember this infographic.

If the Hokies are able to beat UVA in the fourth quarter, chances are Isaiah Ford will have something to do with it. The true sophomore receiver, along with r-sophomore Bucky Hodges, and among Tech’s all-time leaders in touchdown receptions. 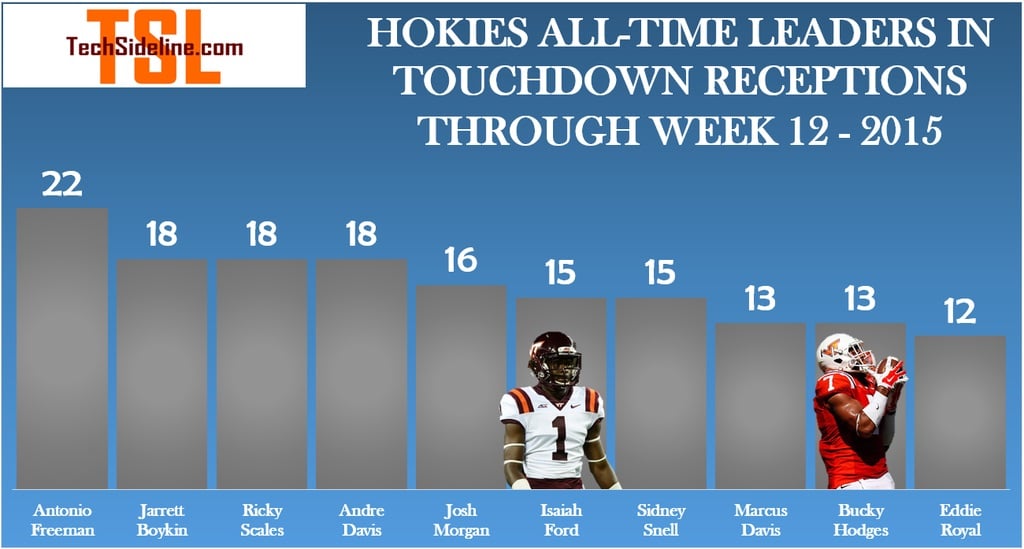 As you can see, Ford is on pace to be Tech’s all-time leader in touchdown receptions. He’ll break the single-season record if he can catch a touchdown against the Hoos this weekend. His total number of receptions is also impressive.

Ford is on pace to not only break the career receptions mark at Virginia Tech, but he’s on pace to blow it out of the water. He’s also in a very close battler with Pitt’s Tyler Boyd for the ACC lead in receiving yards. 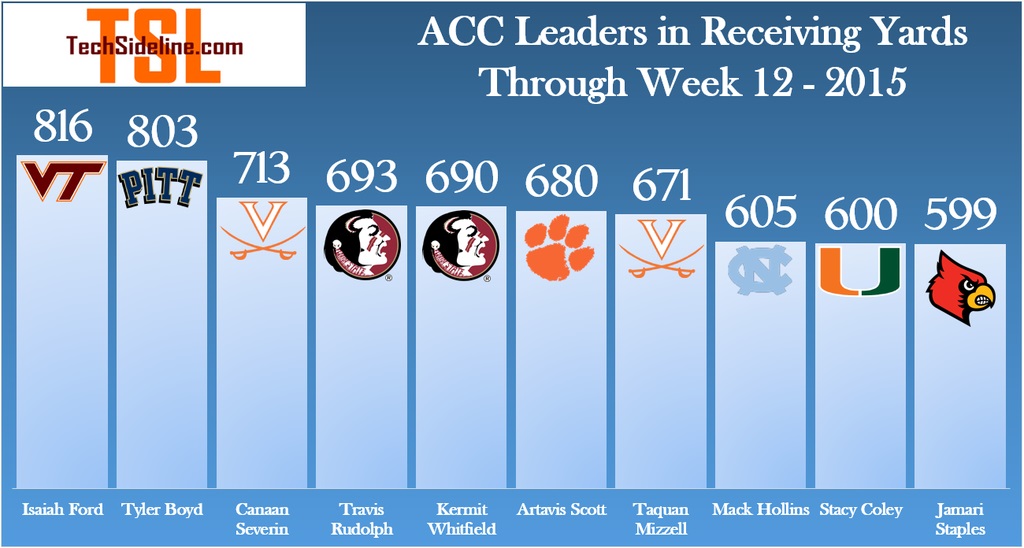 Tech’s offense as a whole hasn’t been great this season, but it’s obvious that Isaiah Ford is one of the most productive receivers in school history.

Speaking of offense, though the total numbers have improved year by year under Scot Loeffler, we haven’t quite seen the overall improvement that we hoped for when he was hired in February of 2013. 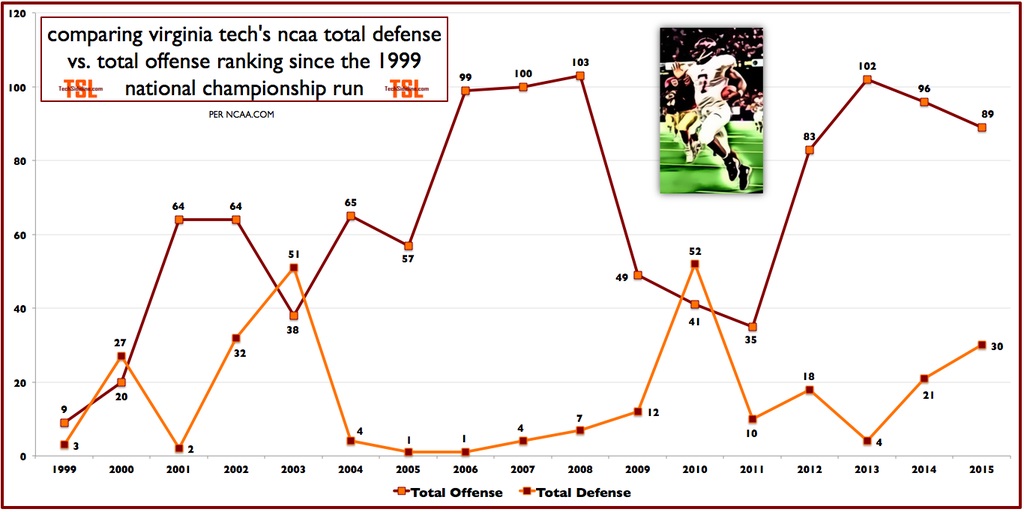 The offense has improved from #103 in Loeffler’s first season to #89 this year. That’s not great improvement on paper. However, Bud Foster’s unit has gone in the opposite direction. The defense has regressed from #4 in 2013, to #21 last season, to #30 in 2015.

Nevertheless, the door is open for the offense to make major strides in 2016, providing they can get good quarterback play. Only 11.3% of Virginia Tech’s offensive touchdowns in 2015 have been scored by seniors. The other 88.7% are slated to return next year. 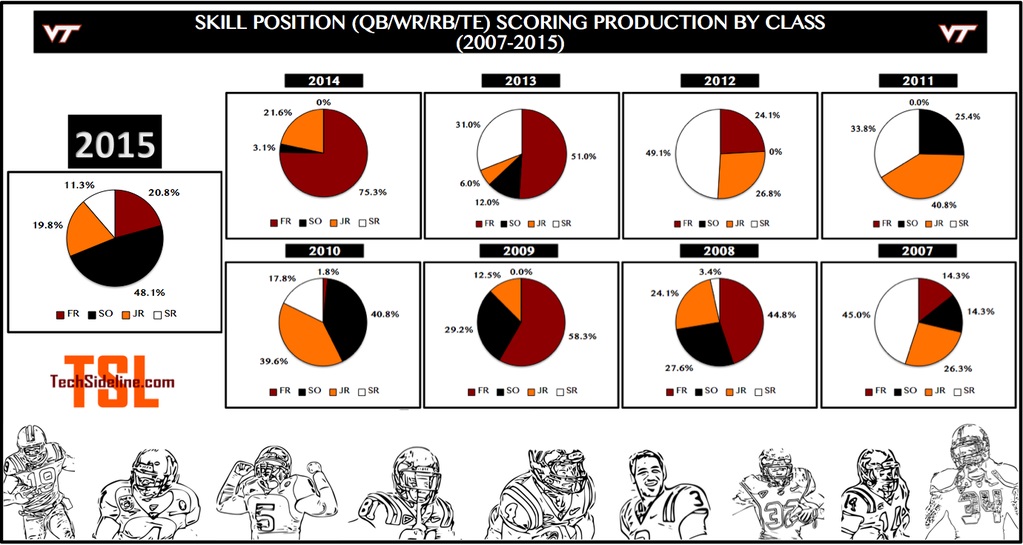 Tech’s next coach is expected to have an offensive background, so he should have some nice toys to play with. The Hokies still lack quality depth on that side of the ball, but their starting lineup should be solid if they can find a capable quarterback.