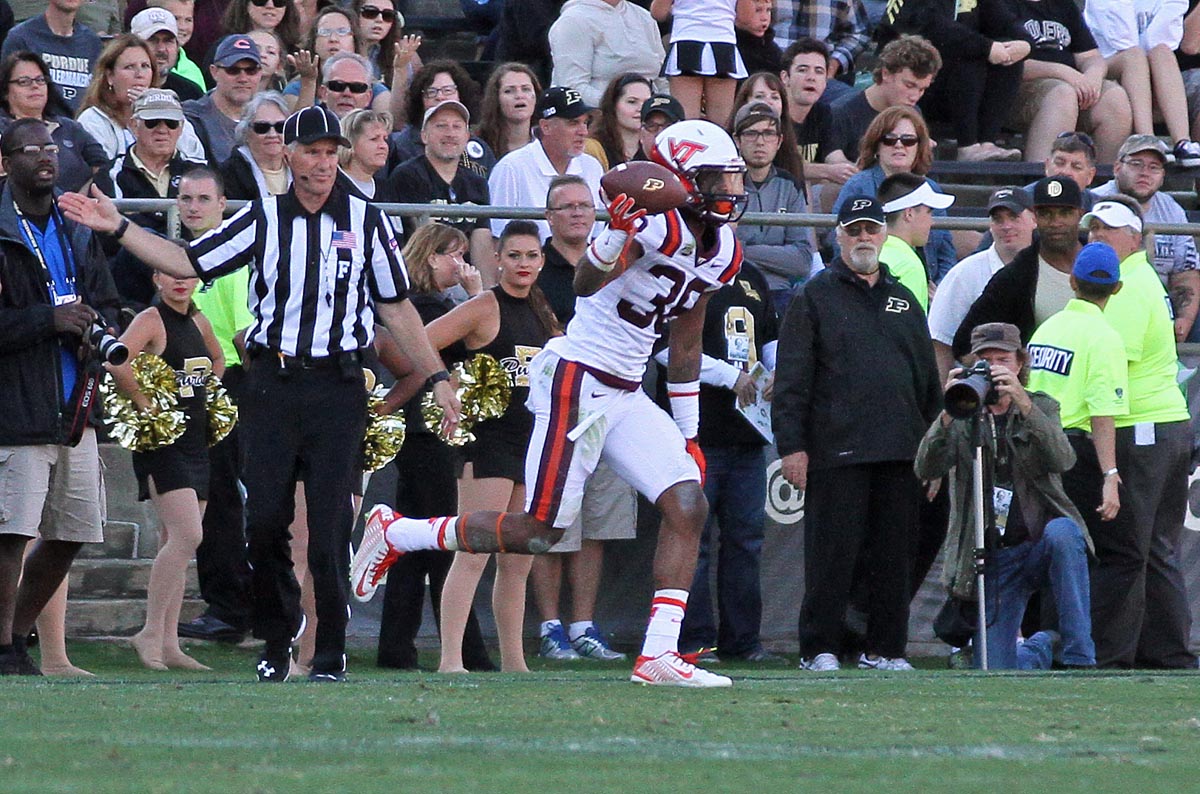 Adonis Alexander didn’t have a big offer list coming out of high school.  According to his Rivals.com entry, only Appalachian State, Charlotte, East Carolina, Old Dominion and Wake Forest extended scholarship offers.  He was ranked as the #28 prospect in the state of North Carolina.

Alexander signed with the Hokies and enrolled in January.  He immediately flashed a 41.5 inch vertical jump during offseason testing, despite spending only a few week in Mike Gentry’s strength and conditioning program.  He showed a tremendous amount of potential during spring practice, he was on the field early against #1 Ohio State, and he found himself in the starting lineup in just his third college game.

So how does a guy so talented slip through the cracks and get past nearly every school in the southeast.  The answer is simple.

“I didn’t do any camps, except for Rivals, and that was only because I was invited,” Alexander said.

In the modern world of college football recruiting, many offers go out based on performances at team camps over the summer.  Coaches will fill their recruiting boards with players they’ve seen at camp.  If they haven’t seen you in person at some point, your chances of landing a scholarship offer significantly decrease.  With that kind of exposure, or lack thereof, it’s easy to see why Alexander didn’t have a big offer list.

“I wasn’t a big camp guy,” Alexander said.  “I didn’t do a lot of visits until my senior year.  So I think that’s probably what it was.”

The Hokies did their homework and liked what they saw out of Alexander on film.  The rest is history.  He currently leads the team with two interceptions, and he was named the Wes Worsham Player of the Game for his performance against Purdue.

Despite his talent level, it would have been far tougher to find success this early in his career if he had not enrolled for spring practice.

“No [I wouldn’t be where I am right now], I don’t think so,” Alexander said. “During the spring, that’s when we get a lot of our drills in.  In practice now, we’re just gameplanning.  I feel like we focus more on the fundamental areas in the spring.  That’s a big part that I needed to add to my game.”

Enrolling early is something Alexander would recommend to other recruits, and not only for football reasons.

“I would recommend [enrolling early.].  If they’ve got the opportunity to do it.  Because you get ahead in school, and you get adjusted to the college life.”

As we all know, Virginia Tech will need help at wide receiver next season.  2016 commits Sam Denmark and Divine Deablo are planning on enrolling next January.  Let’s hope they follow Adonis Alexander‘s path to success.