Virginia Tech’s 2015-16 basketball schedule has been released. It features the typically challenging ACC schedule, plus an upgraded non-conference schedule.

The picture below sums it up… 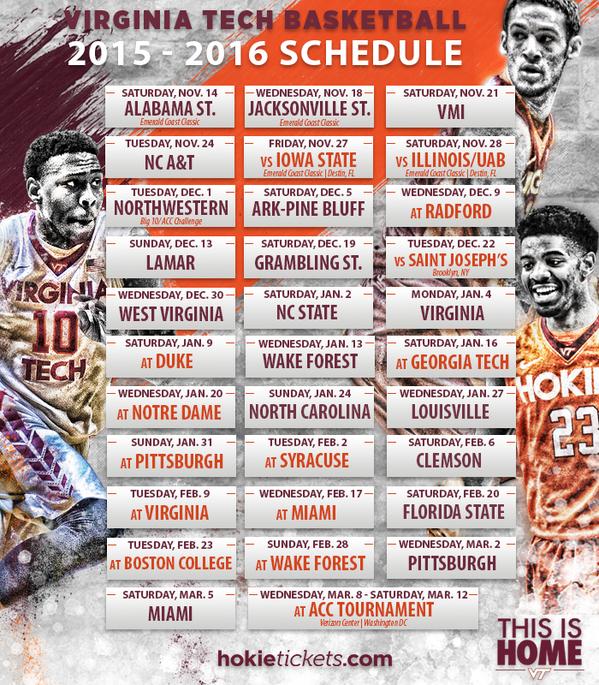 Tech’s first four games will be at home, and there’s a very good chance that the Hokies start 4-0. Note the November 21 game with VMI is the same day as Tech’s home football game with UNC, so fans will have an opportunity to see both teams play. The time for both games is currently TBD.

After that, the schedule picks up. Tech will take on Iowa State and either UAB or Illinois in the Emerald Classic in Destin, FL. They’ll host Northwestern in the Big Ten/ACC Challenge, and later they’ll host West Virginia in Cassell Coliseum on December 30. They also play St. Josephs’s in a neutral site game in the Barclays on December 22.

The Hokies play Lamar on December 13, and they are coached by former Tech player Tic Price.

Unfortunately, Tech’s two big rivalry games in Cassell Coliseum against West Virginia and UVA will be played when the students are still on Winter Break.

Here’s a complete look at Tech’s schedule. Times and TV for select games have already been announced.