Virginia Tech’s depth chart for the Ohio State game was released this morning as part of Tech’s game notes.

Note that Virginia Tech says that this is an “unofficial” depth chart.

There are a couple of things to note about the offense depth chart.

First, Matt Hill is listed as the #3 tight end.  He is a converted walk-on quarterback.  His place at #3 is interesting, and it most likely means that Kalvin Cline’s knee is not 100%  The staff also planned to play true freshman Xavier Burke this year, but an ankle injury forced him to miss part of August.  The fact that Hill is listed on the depth chart could mean that Burke still isn’t ready to play at this stage.

Kyle Chung is listed as the #2 center, which means he is apparently healthy.  That means Tyrell Smith can be redshirted this year, if Chung and starting center Eric Gallo can avoid the injury bug.

Michael Brewer and Brenden Motley are listed as Tech’s top two quarterbacks, as expected.  For the #3 spot, it’s Chris Durkin or Dwayne Lawson.  The staff is certainly leaving the door open for Lawson to play this year. 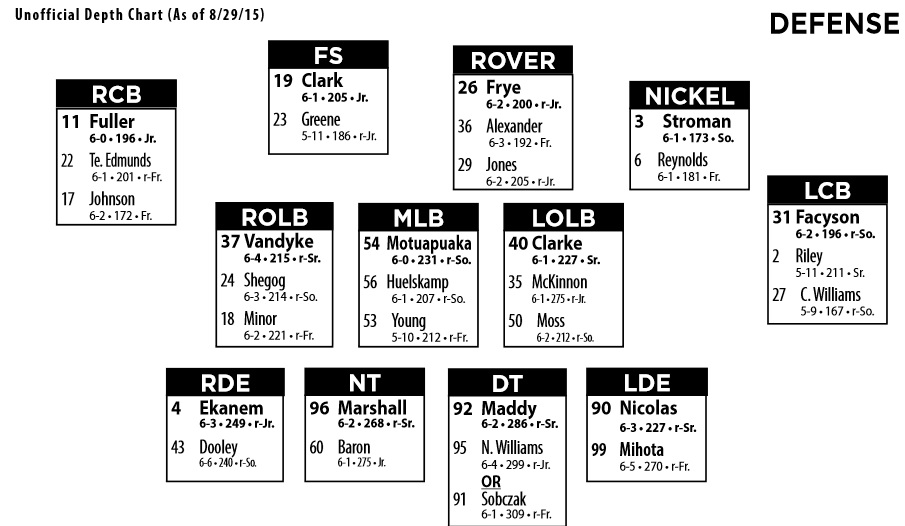 There aren’t any surprises on the defensive side of the ball.  Donovan Riley is listed as a backup corner, but in reality he is the utility man who can play just about every spot in the secondary.  Greg Stroman has held onto his role as Tech’s nickel.

At linebacker, Sean Huelskamp is listed as the #2 mike, with fellow walkon Trent Young at #3.  That means Carson Lydon is  slated for a redshirt year, barring injury.
Check Chemist Warehouse Catalogue on Catalogue AU.

Defensive tackle Steve Sobczak has made a rapid ascension up the depth chart.  He is battling r-junior Nigel Williams for the #4 spot, though Williams will likely get most or all of those reps against Ohio State based on his experience level.