Is there anything better than a five-star recruit who lives up to that potential from day one?

Kendall Fuller‘s high school honors are too long to list here. Just file him under the title “Everybody’s All-American.” Ranked as a top-ten recruit (#9) nationally by Rivals, Fuller wasn’t just a five-star recruit; he was a strong five-star recruit (Rivals had 33 five-stars that year). On 247Sports’ rankings, he was #17 in the nation and one of 34 five-star recruits.

And so on. But to Virginia Tech fans, he was more than that: he was a Fuller. Preceded by three brothers (Vincent, Corey, and Kyle) who all had successful careers at Virginia Tech and were drafted into the NFL, Kendall had a lot to live up to when he matriculated to Tech in the fall of 2013.

Fuller is the fifth five-star recruit in the modern era of recruiting rankings (post-2000) to come to Virginia Tech. He follows Kevin Jones (2001), Marcus Vick (2002), Macho Harris (2005), and Tyrod Taylor (2007). The Hokies have had good luck with five-star recruits, for the most part, and Fuller has a chance to be the most highly-decorated of them all. He has already racked up the following accomplishments in two short years:

A quick spin through five mock 2016 NFL Drafts shows Fuller being selected in the first round of all of them, anywhere from #7 to #24. 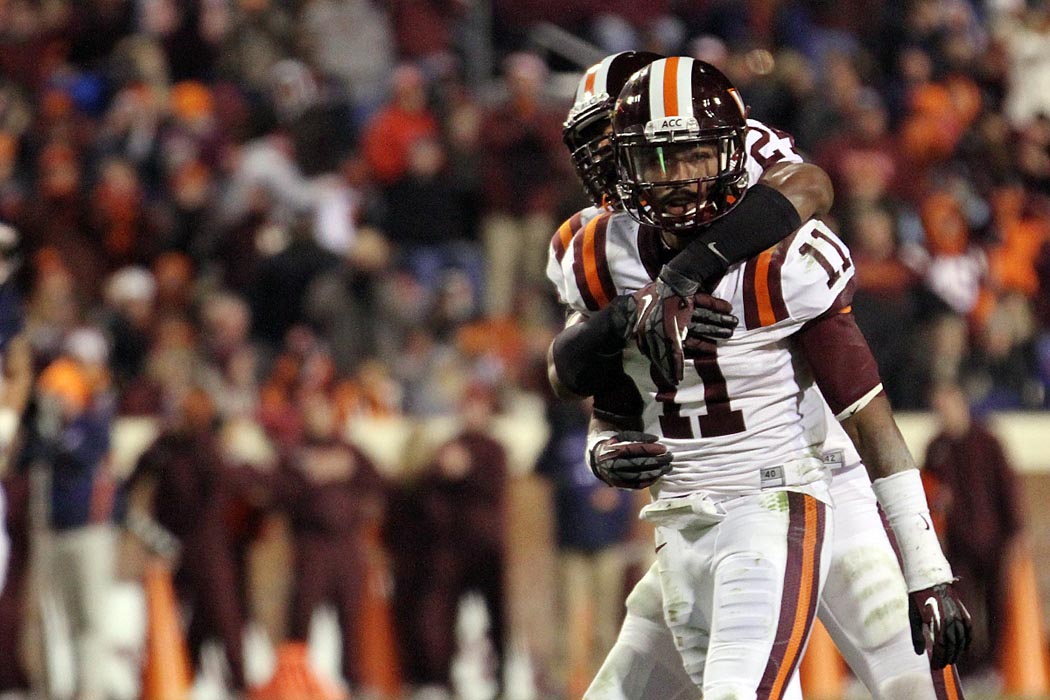 Which brings us to the depressing part of our adulation of Kendall Fuller: the 2015 season will be his last in Blacksburg, barring a surprising turn of events. He’ll only spend a total of two and a half years here (July 2013 to January 2016). But that’s part of the territory with five-star recruits, and if they do well enough to leave early, then they have worked out exactly as you would have hoped and expected.

With eight career interceptions (6 in 2013 and 2 in 2014), Fuller needs three more to break into the top ten all time at Virginia Tech. That might be hard to accomplish, as teams started to throw away from him more in 2014; his tackles and interceptions both declined, as opponents targeted other corners.

UNC didn’t, and they paid for it.

Cincinnati was moving it against the Hokies early in the Military Bowl, but they threw at Fuller … and paid for it.

Beyond the stats and the highlights, Fuller has been a class act all the way during his time at Virginia Tech, just like his brothers. After he departs, the Hokies will restock with defensive backs — because they’re DBU — but there’ll be no more Fullers, because Kendall is the last one of this generation.

But it looks like Mr. and Mrs. Fuller saved the best for last, and there’s no way Kendall was going to be left off this list of Our Favorite Players.