With the end of the College World Series, the 2014-15 sports season is over. Virginia Tech notched a new high in the Director’s Cup this season. 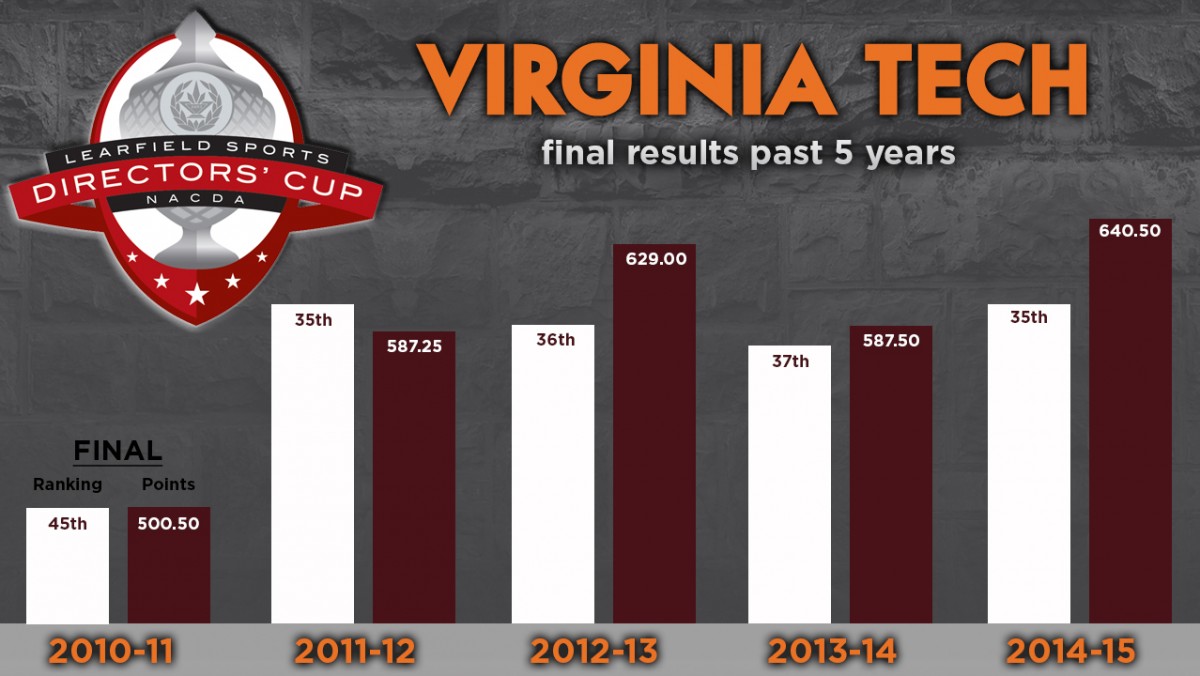 Tech ranks right in the middle, though they are closer to that top group of schools than they are to the bottom.