Over on the TSL Pass subscriber board, Baltimore Hokie posted this today: 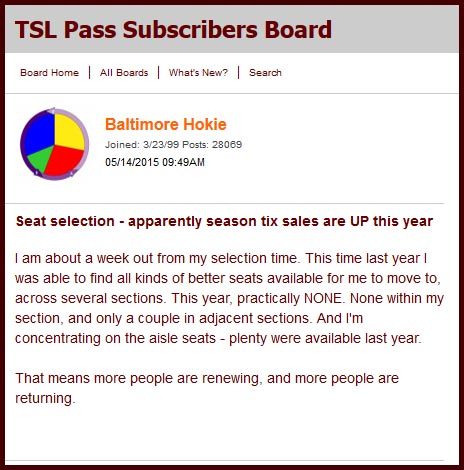 That made us wonder: is he correct?

Obviously, we here at TSL don’t have access to the numbers, but we can always whip out a wildly unscientific TSL Poll. We’ll keep it as simple as we can, and compare 2014 to 2015.

So what do you say, TSL Nation?