Over the weekend, the @VTFBEquipment Twitter feed was teasing a cool new helmet and uniform design, and finally, on Sunday afternoon they revealed that the uniform will be worn on September 12th, against Furman as the White Effect / Military Appreciation uniform.

Here’s a look at the full uniform, or at least, as much of it as they revealed. To view larger pics, just click the part of the tweet that you want to see in more detail.

We have been very critical here at TSL of some of the uniform designs of the recent past, mostly the Orange Effect uniforms and the hideous White Effect helmets of 2012.

Surely, you remember the 2012 disasters? The turkey tracks helmet from the Austin Peay game:

And the Hokie bird helmet from the UVa game:

But the 2015 Furman design above is very, very cool. Yes, that’s TechSideline.com’s official editorial stance on the subject.

We also like that the pants appear to be maroon … but we wonder how the Hokies will work in Military Appreciation, because that’s not clear from the photos. Last year, they wore regular uniforms with Military Appreciation helmets against ECU, which really wasn’t a bad look. (The uniforms were fine; the team performance was not.)

But enough about what we think. What do you think of the 2015 White Effect/Military Appreciation helmets? Note that the poll is about the helmet only — since that’s the major part of the design — not the overall uniform.

What do you think of the 2015 Virginia Tech White Effect helmet? 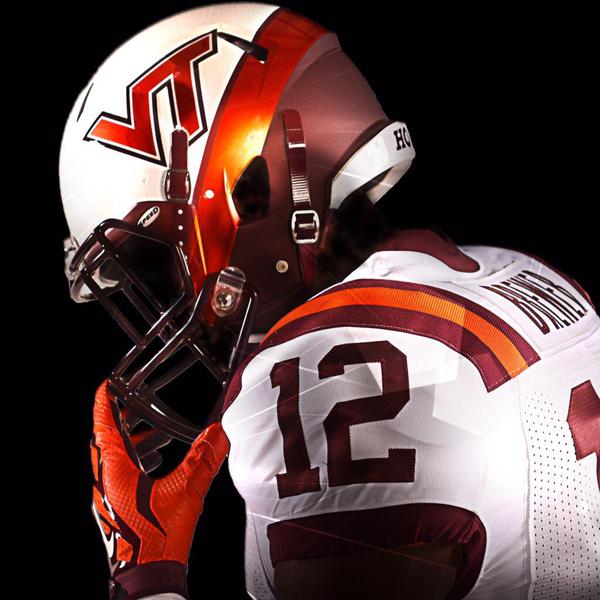