As part of their recently-announced “110% Hokie” fundraising campaign, the Virginia Tech athletic department has released their Cost of Attendance figures for 2015.

For more than 40 years, the maximum allowable NCAA Division 1 athletics scholarship covered tuition, fees, room, board, and books but not the incidental, personal costs of attending college.

Each school’s financial aid office determines COA, using broad federal guidelines originating from the Higher Education Act of 1965. The COA number serves as a maximum, and comprises only those expenses that are directly related to college attendance, such as tuition, fees, room, board, books, and now, miscellaneous personal expenses, transportation to/from home, etc.

When the NCAA approved COA payments to athletes in January, Virginia Tech immediately announced their Pylons of Promise initiative. At that point in time, Virginia Tech athletic director Whit Babcock estimated that Virginia Tech would pay a COA stipend of about $2,500.

Here at TechSideline.com, we covered the updated COA figures in our article about the 110% Hokie campaign, but we decided to run this separate update about the released COA figures to bring special attention to the final numbers, and in order to correct any figures you may see elsewhere, such as this Chronicle of Higher Education article which incorrectly lists Virginia Tech’s COA payments as $2,770 per year.

Click below to see the page from Virginia Tech’s 110% Hokie campaign dedicated to COA, from which the figures in this article originated. Check King Soopers Ad and Piggly Wiggly Ad. 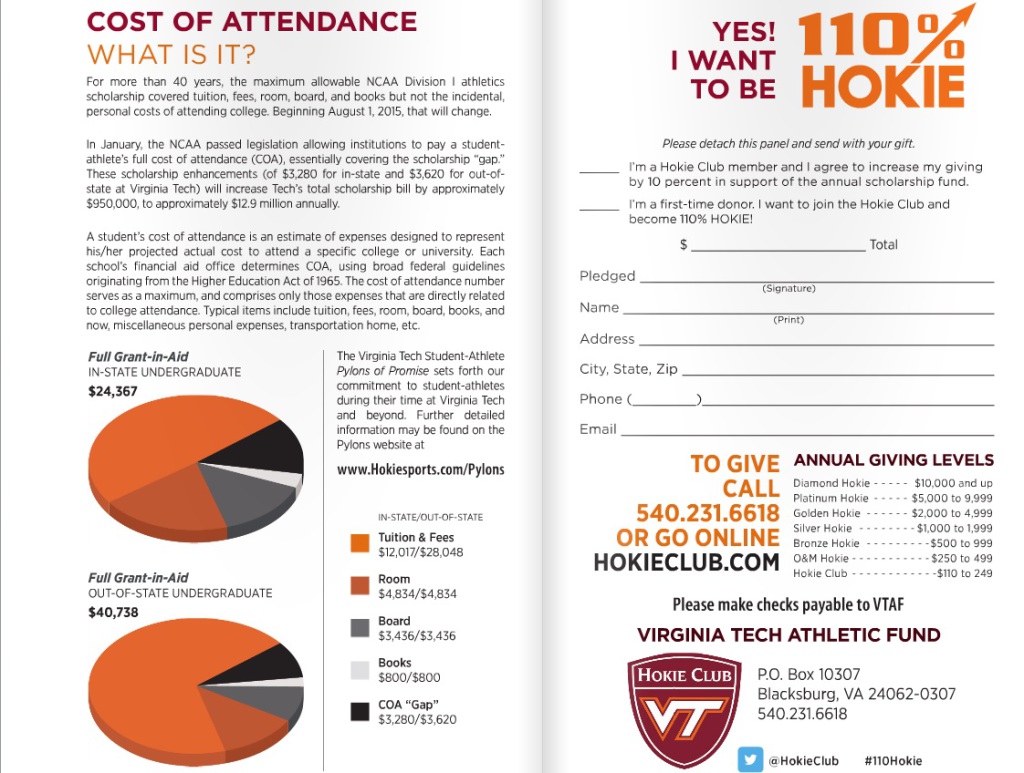