The Hokie Club released several pages of information regarding Cost of Attendance. We’ll include a picture of each page in this article. The Hokie Club has challenged members to increase their donation levels by 10%, and has targeted a $110 gift for all new Hokie Club members.  You can click on these pictures for a larger version. 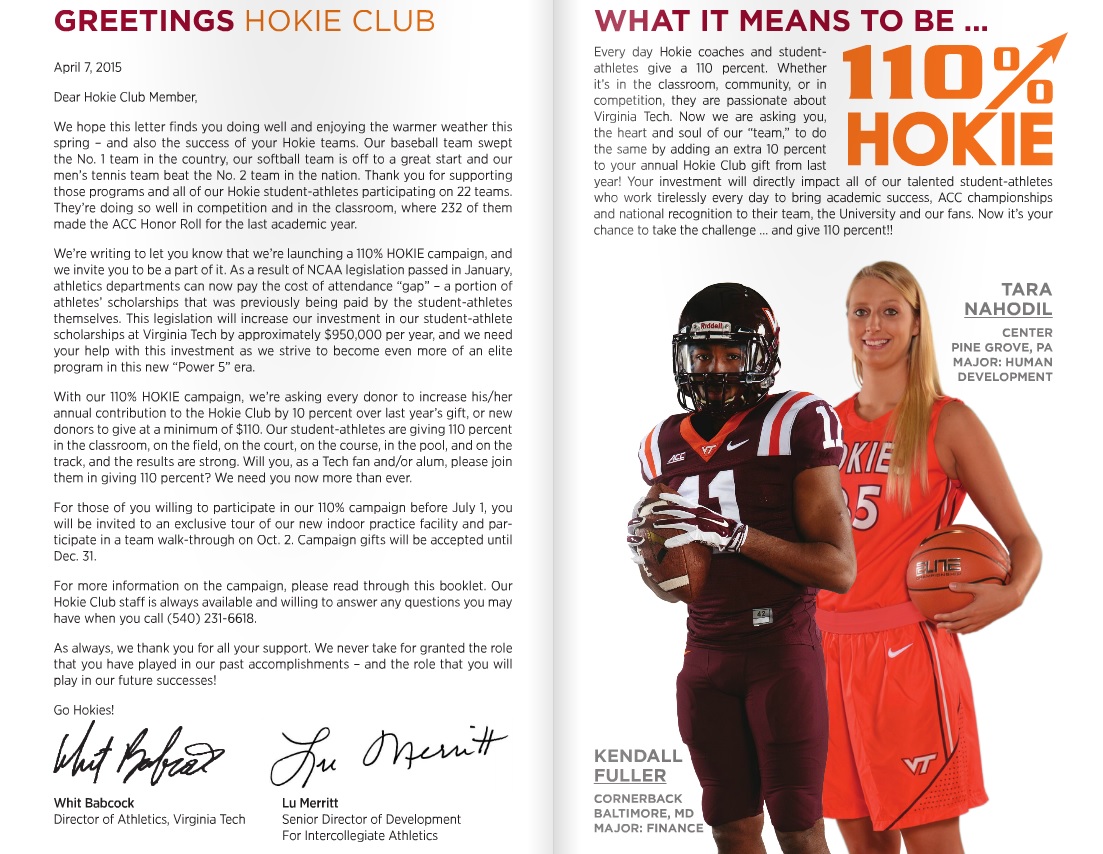 On the first page, we see a simple form letter from Whit Babcock and Lu Merritt which highlights all the challenges faced by the athletic department in the modern era. Note that 110% campaign participants can donate until December 31, but those who donate before July 1 will be invited to take a tour of the new Football Indoor Practice Facility and participate in a team walk-through on October 2, the day before the Pitt game. 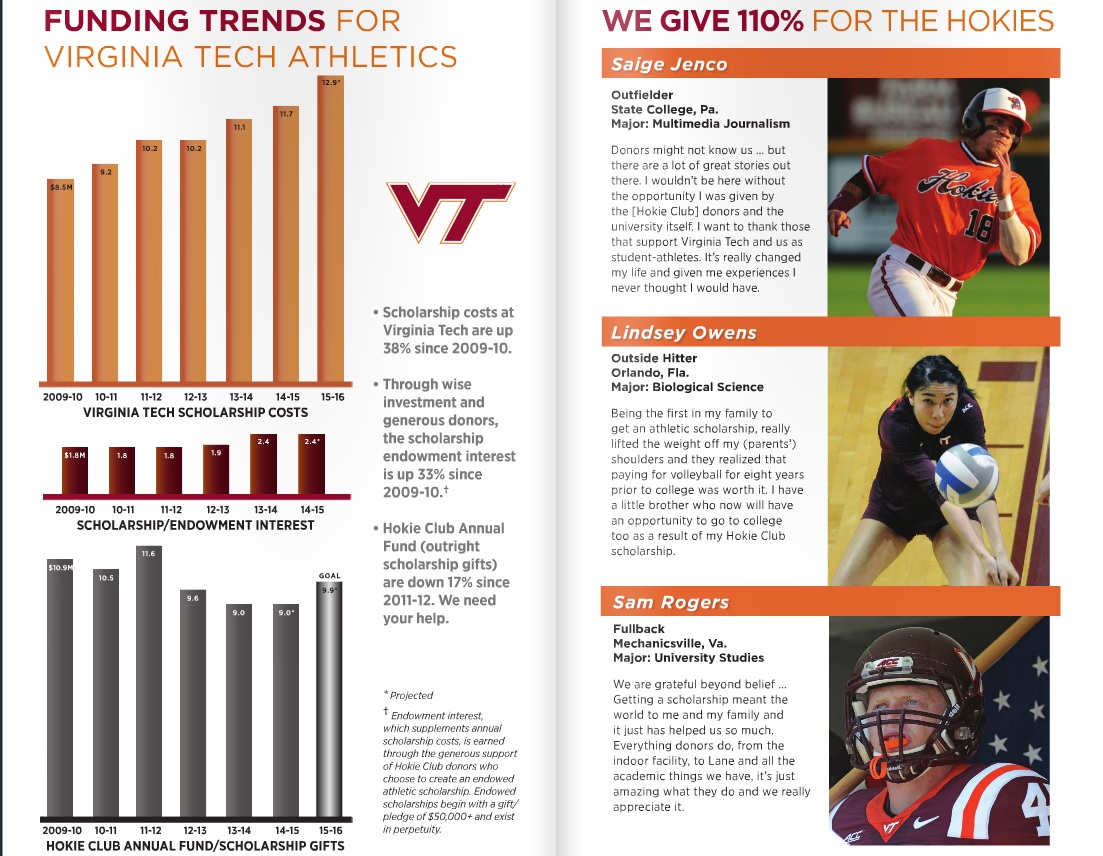 The second page goes into a little bit more detail. As most of you are already aware, the cost of education is a big issue in the United States these days, and Virginia Tech is not exempt. Scholarship costs have risen 38% since the 2009-10 academic year. That’s a huge increase.

During that time, the Endowment Fund has grown by 33%, which is a big deal. However, the General Scholarship Fund (which finances most of Tech’s scholarship costs) has dropped by 17% since 2011-12. Right now I believe the Hokies are still in decent shape, but if the General Fund keeps dropping and scholarship costs keep increasing, the athletic department could one day be forced to dip into their operating budget to pay for scholarships. That would be extremely bad. 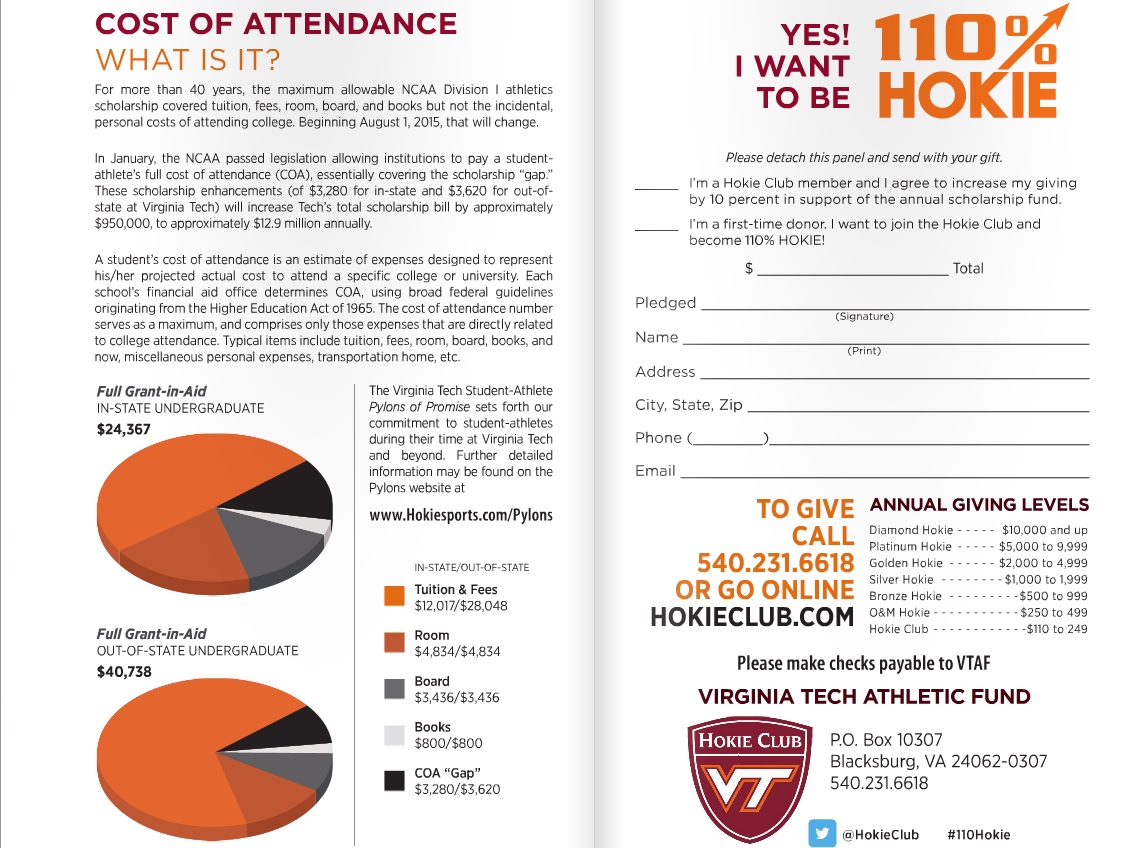 In other words, costs are continuing to rise, and Virginia Tech needs their loyal fans to step up so the Hokies can keep up with the Joneses.