It’s the easiest stuff to write in all of Hokie sports journalism. It’s our go-to when we’re looking for a new piece to write. We simply slice and dice the greatness of the defenses Bud Foster has put on the field. Here’s the latest angle: the last decade of Bud Foster D’s, in infographic form.

We begin with Total Defense rankings, where Bud’s defenses have always shined. The Hokies are #4 among Power 5 conference teams since (and including) 2005. 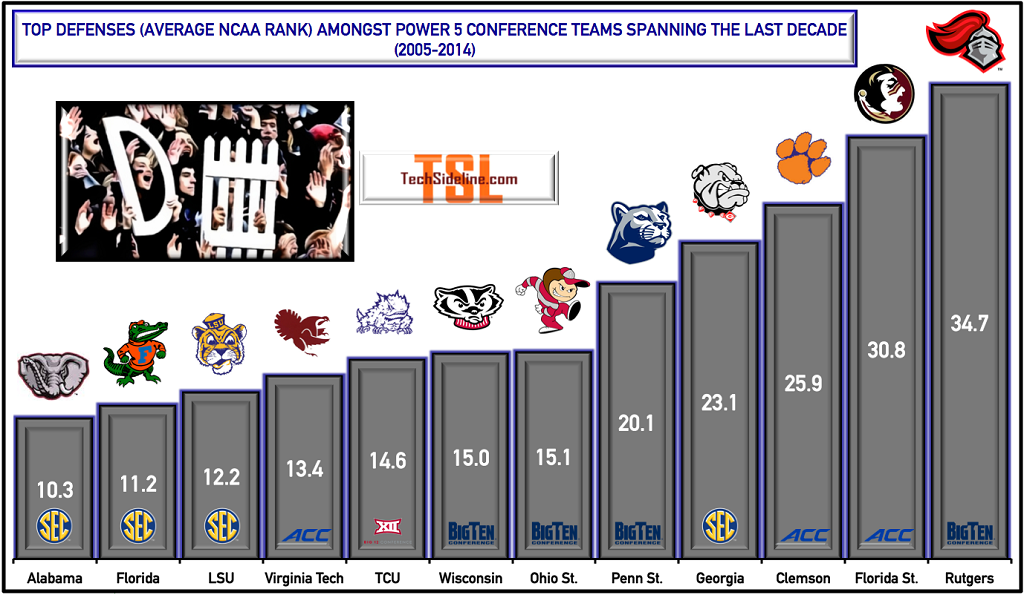 Of course, the most important measure for a defense is points allowed, and Bud’s defenses are a smidge better in that category, rising to #3 overall (not just Power 5 teams): 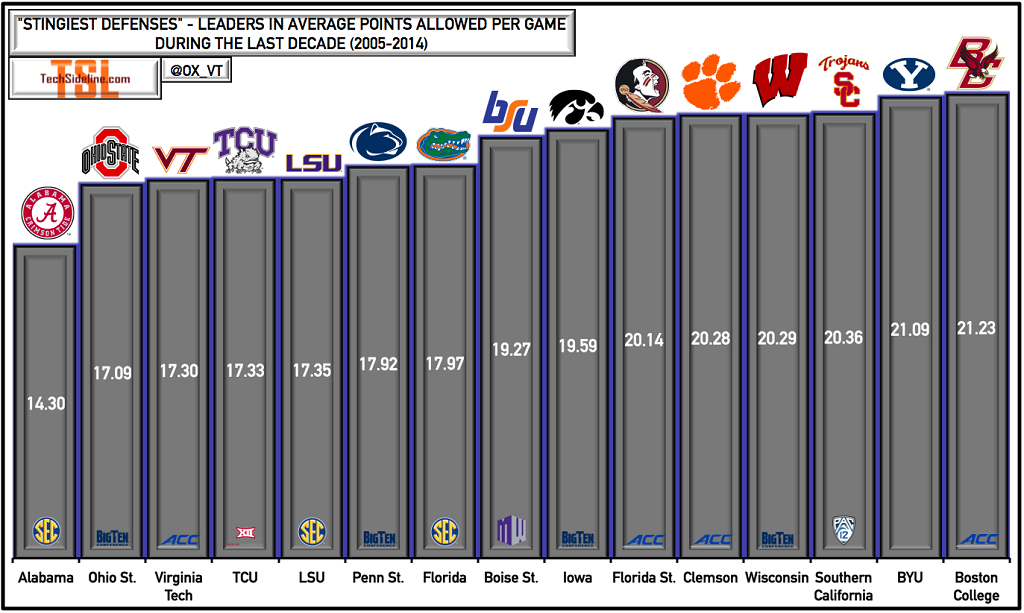 Two hallmarks of great defenses are tackles for loss (including sacks) and turnovers (including interceptions).

The Hokies have always been an attacking defense, and the TFL numbers bear that out. 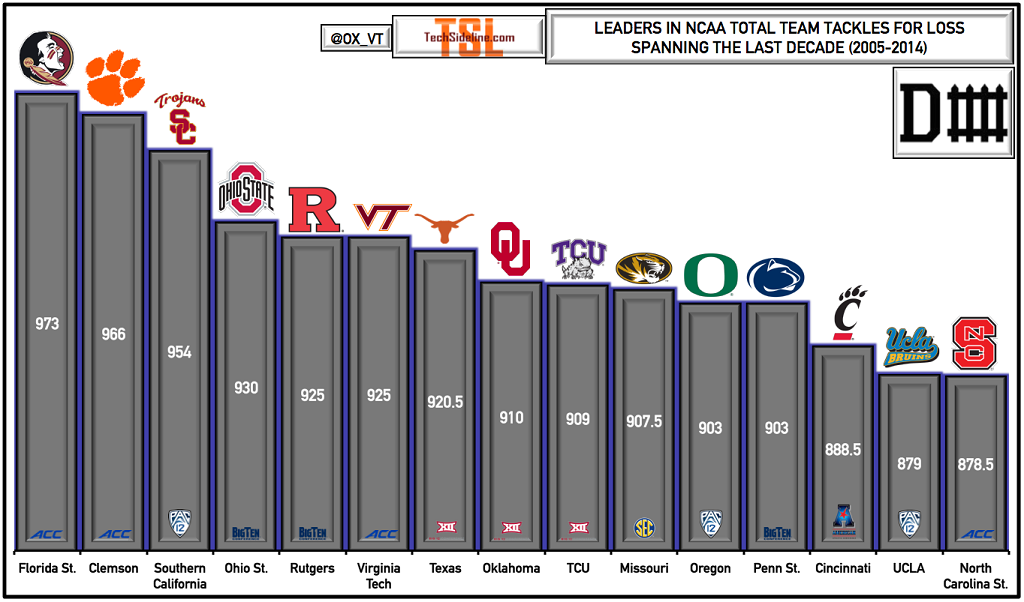 (Lots of interesting entries in that list, including Rutgers, Oregon, and UCLA.)

A quick glance at Tech’s 2014 TFL totals show us that Bud’s defenses aren’t slowing down in that category — they set a single-season record for TFLs under Frank Beamer: 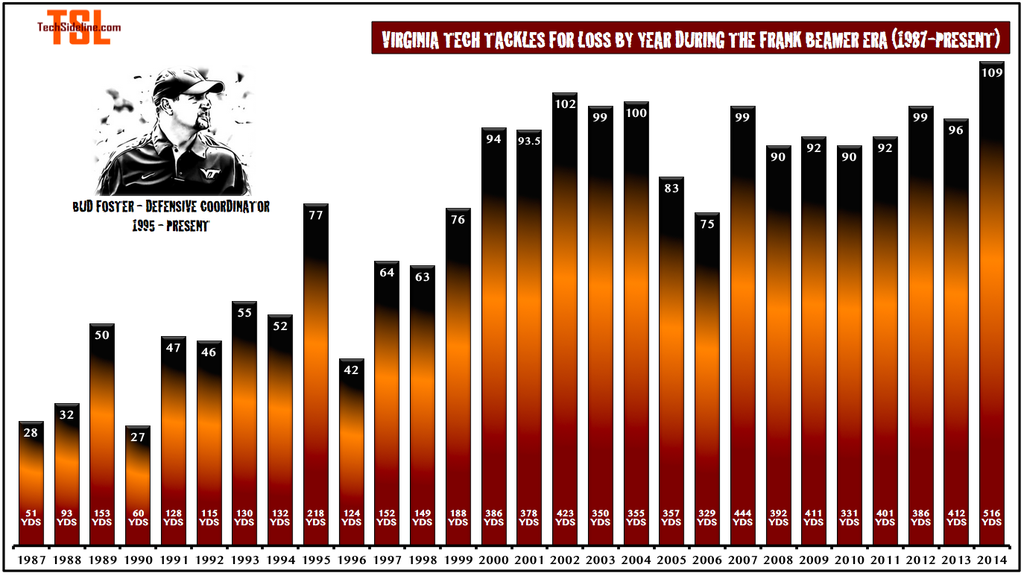 Back to the last-decade infographics: Delving into sacks, we finally find a category where the Hokies are #1 … 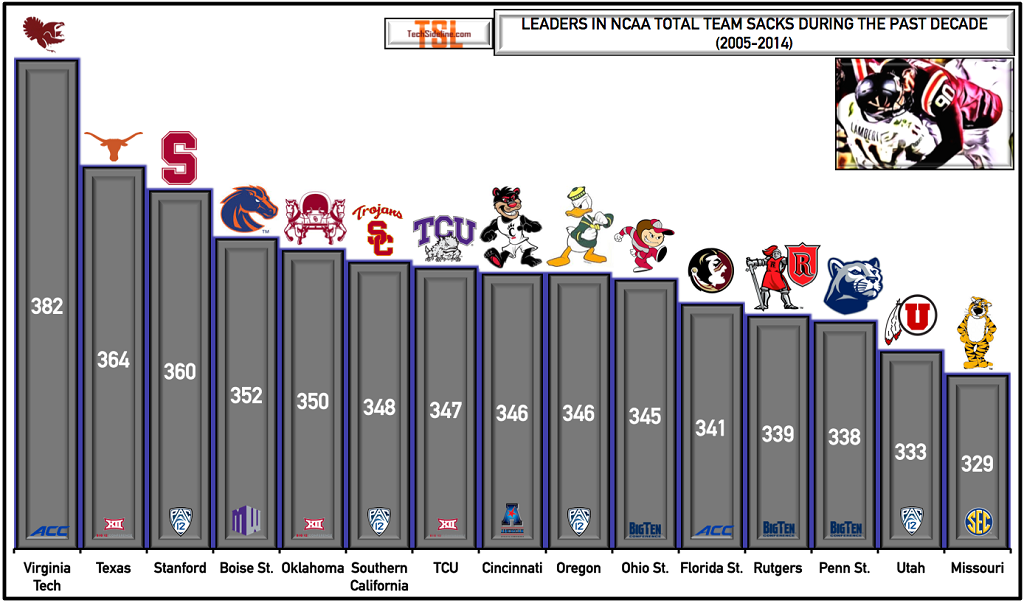 … and the decisions by a few highly-rated defensive ends to spurn the Hokies (cough-Josh Sweat-cough) become even more baffling, in light of that infographic. Who wouldn’t want to come to a place where you get after the quarterback better than anyone else?

A look at the 2014 sack totals show that the Hokies aren’t slowing down in this category, either, registering the second-best sack season ever under Beamer. 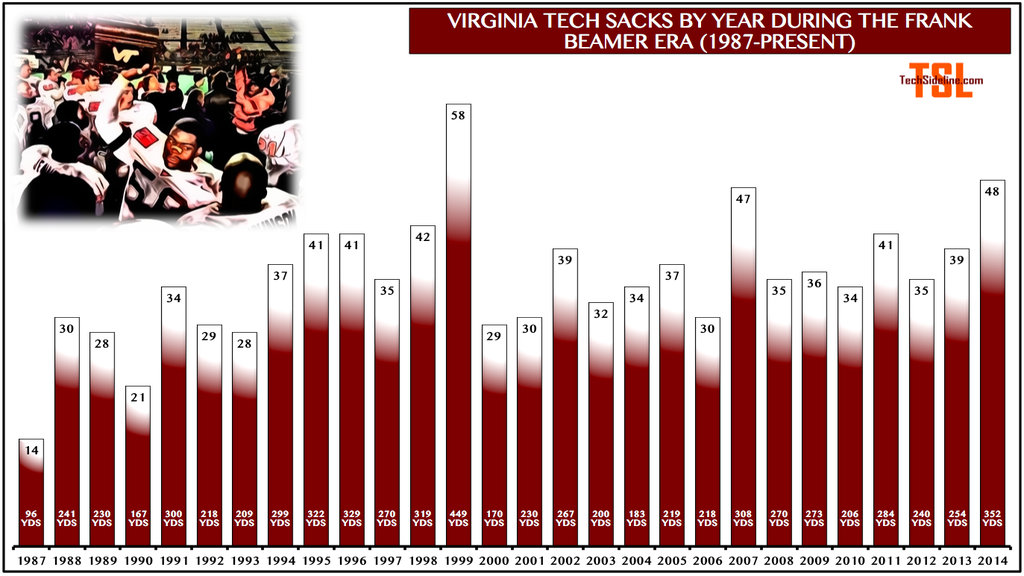 Lastly, great defenses pick the ball off, and in the last decade, the Hokies (#DBU) are fourth-best at it — and they have more NFL DB draft picks than everyone but Ohio State since 2000: 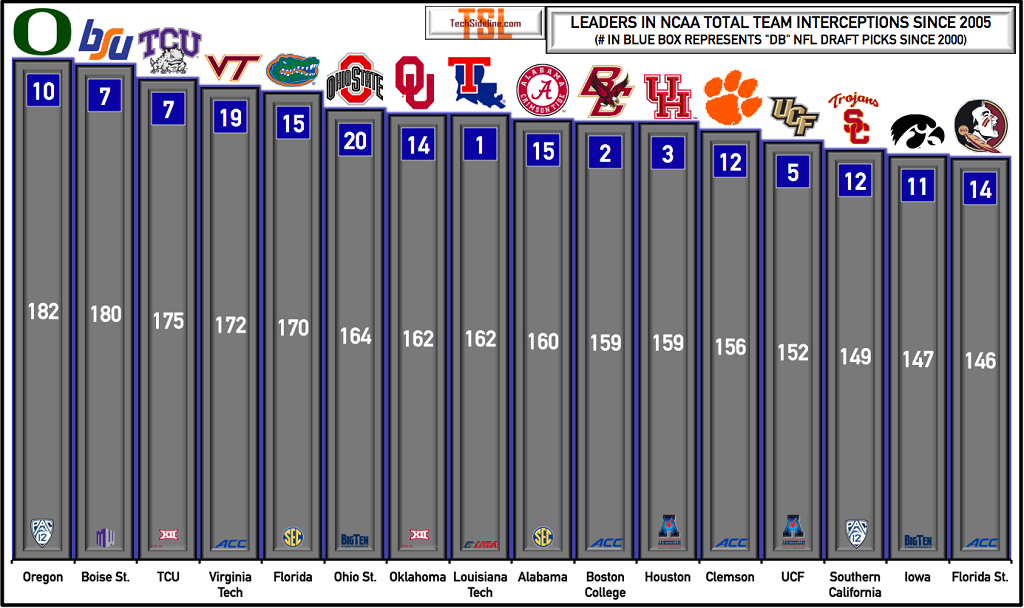 But of course, we would be remiss if we didn’t slice and dice the data where the Hokies end up #1 … VT is still the best at interceptions since the start of the 2000 season. 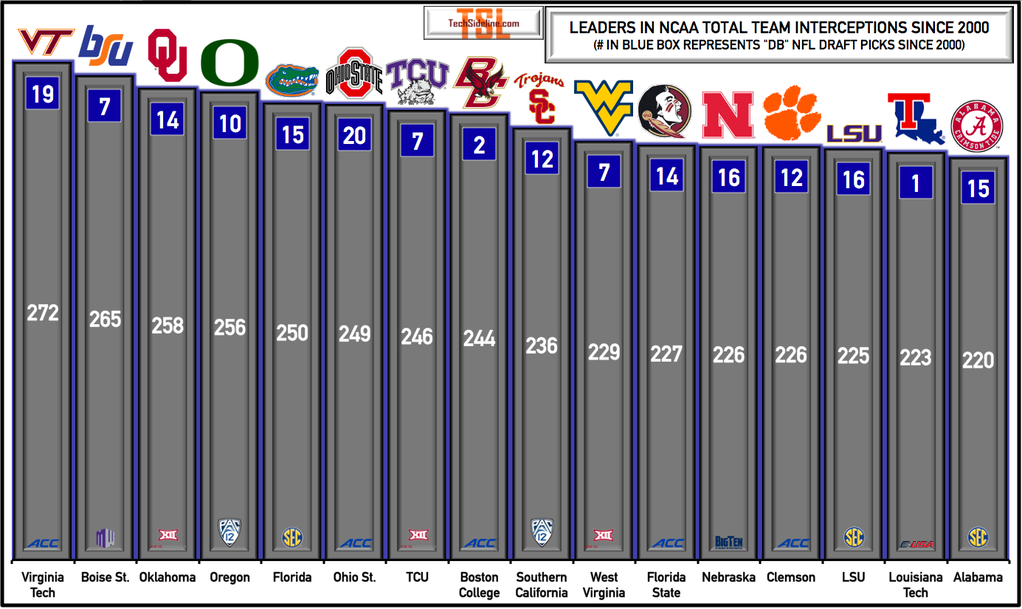 Spread the word! It has been a Decade of Budness … er, Greatness … at Virginia Tech, with more to come.

Many thanks to OXVT for the great infographics! Follow him on Twitter, where he produces all kinds of interesting stuff, constantly.