Which ACC team has the most wins and the highest winning percentage against ranked teams since the 2004 expansion? The answer might surprise you.

OXVT ran the numbers recently, and they showed that the Hokies lead all other ACC teams in victories over top 25 teams (at the time of the game) in the last 11 seasons (2004-2014). 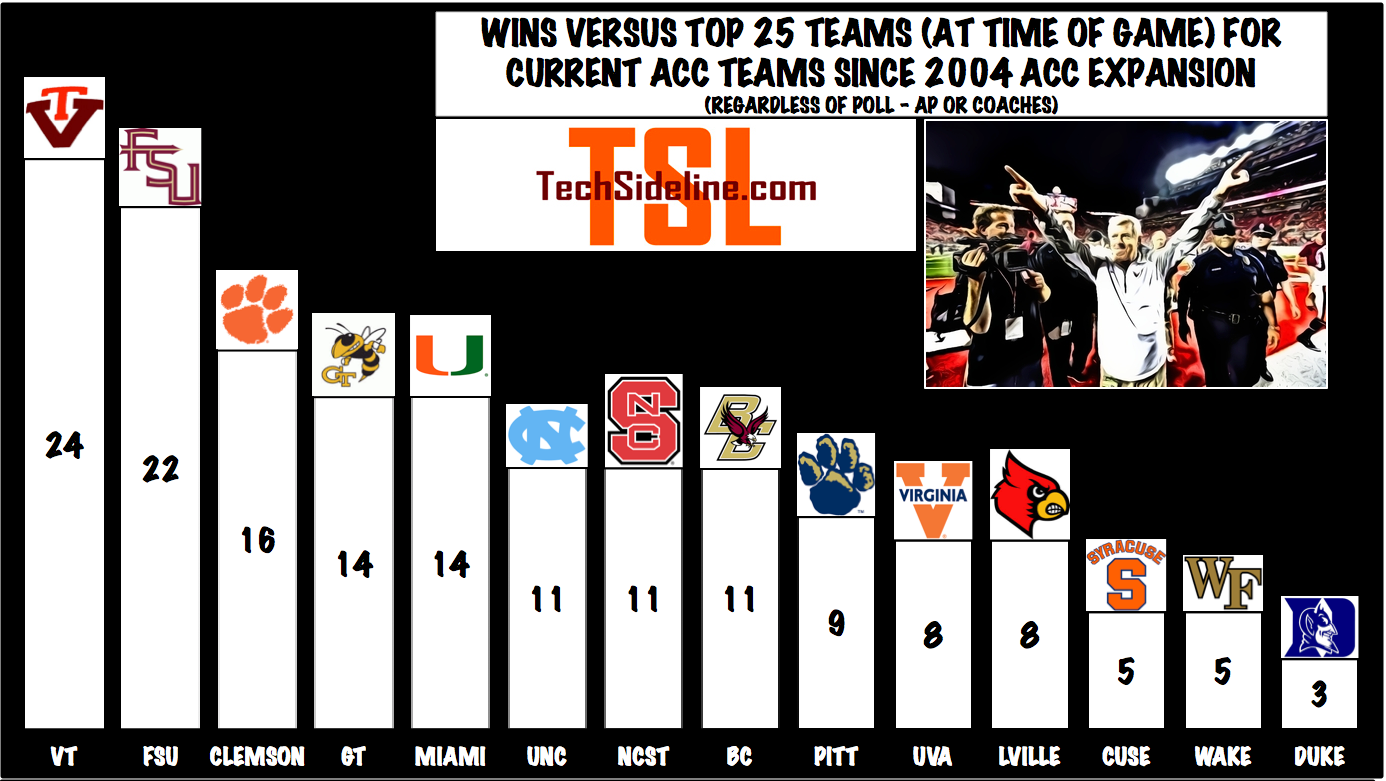 Here’s how the games against top 25 teams break down for Virginia Tech, using the past schedules found on hokiesports.com (which include rankings data):

24 wins over ranked teams is a lot of wins, but 19 losses is a lot of losses, as well. How does VT’s winning percentage match up with other ACC teams like FSU and Clemson? 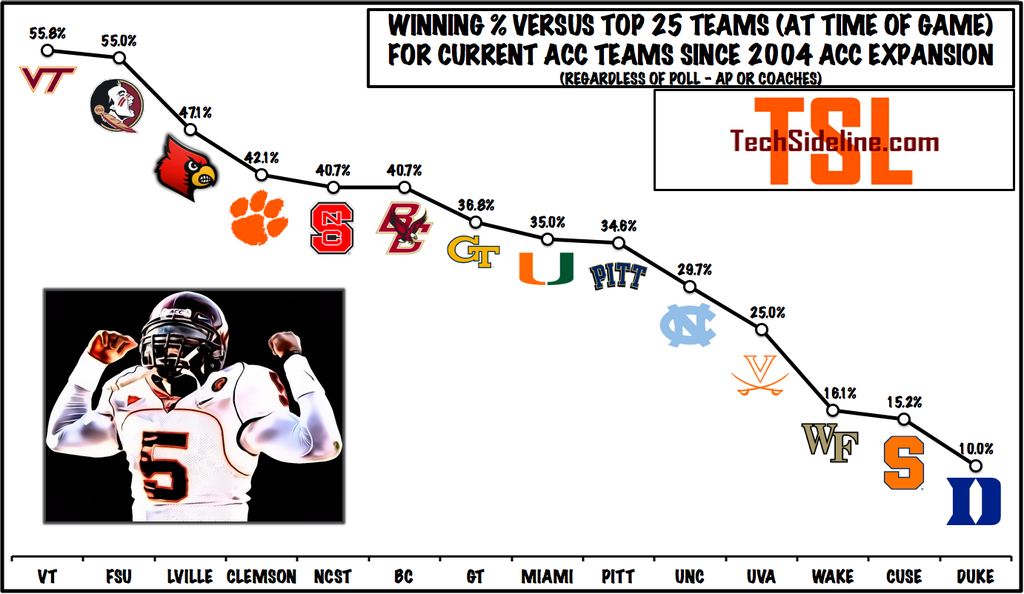 Both graphics so far really put things in perspective as to what Virginia Tech has achieved since entering the ACC.

But a couple questions arise:

1.) How do those wins break down in terms of where the opponents were ranked in the top 25?

In other words, is Virginia Tech achieving their success against (generally) lower-ranked teams than, say, FSU, Clemson, or Miami?

The answer is “sort of.” Here’s another graphic that breaks down the wins over top 25 programs in more detail. 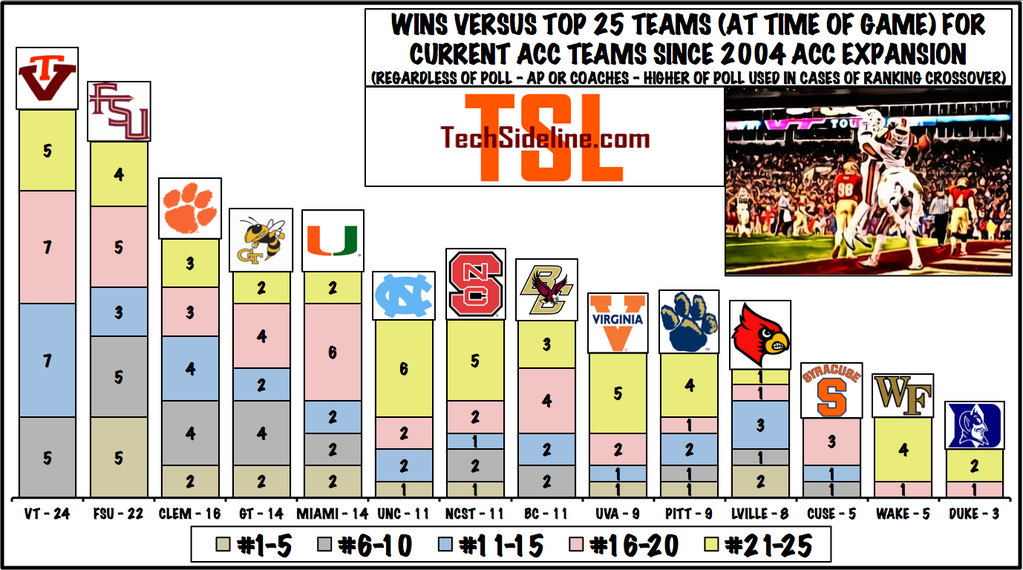 Parsing the information like that makes it more interesting. I notice two things:

Of course, not shown in the data is the fact that Virginia Tech has the granddaddy of all wins. Tech’s 2014 victory over eventual national champion Ohio State shows up as a top 10 win (the Buckeyes were #8), but that win got a lot better with time. Without digging into old schedules too deep, only FSU’s win over #2 Auburn for the 2013 BCS Championship comes to mind as equally impressive.

2.) What have you done for me lately?

There’s no infographic for this one, but the answer for Virginia Tech is “not much.” Or more precisely “not as much as before.”

But in those same four years, per ESPN’s FSU schedule pages, Florida State’s Seminoles are 11-4. Slice it down to the last two seasons, and the ‘Noles are 9-1, with three wins over top 5 teams. FSU’s College Football Playoff loss to #2 Oregon broke a string of ten straight wins over ranked teams.

In the last four seasons, again per ESPN, Clemson is just 7-9 against ranked teams. Their winning percentage against the top 25 isn’t much better than VT’s in that time period, but the Tigers have more T25 wins, including two over Virginia Tech in 2011. Clemson lost all three of their games against ranked teams in 2014.

The Hokies have fared well against ranked teams since the ACC expanded in 2004, but to stay atop the heap in these measurements, they’ll have to get better. They’ll face a stiff test against reigning champion Ohio State next Labor Day night.

Many thanks to OXVT for the great infographics! Follow him on Twitter, where he produces all kinds of interesting stuff, constantly.