In this week’s infographics series, we’ll take a look at Tech’s 2014 All-Americans and review some of VT’s record performances in bowls by offensive skill players.

Plus, have you ever wondered how Dadi Nicolas and Ken Ekanem compare to some of the great DE combos in Tech history? They’re closer than you might think.

Let’s begin with a look at how this week’s defensive ends, Ken Ekanem (8.5 sacks) and Dadi Nicolas (9 sacks) compare to some of the great VT sack duos of the past. 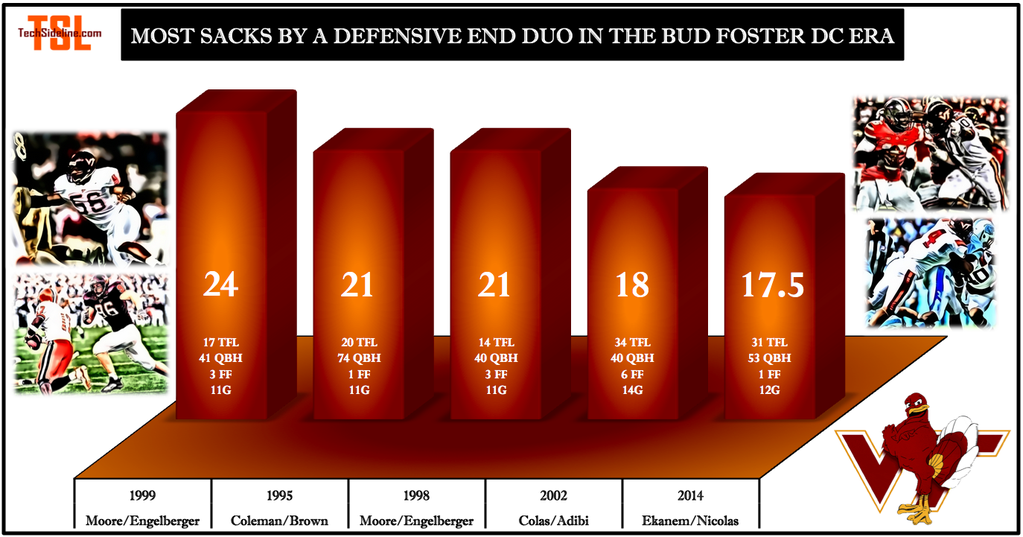 Turns out they make a pretty good pair of sacking defensive ends. 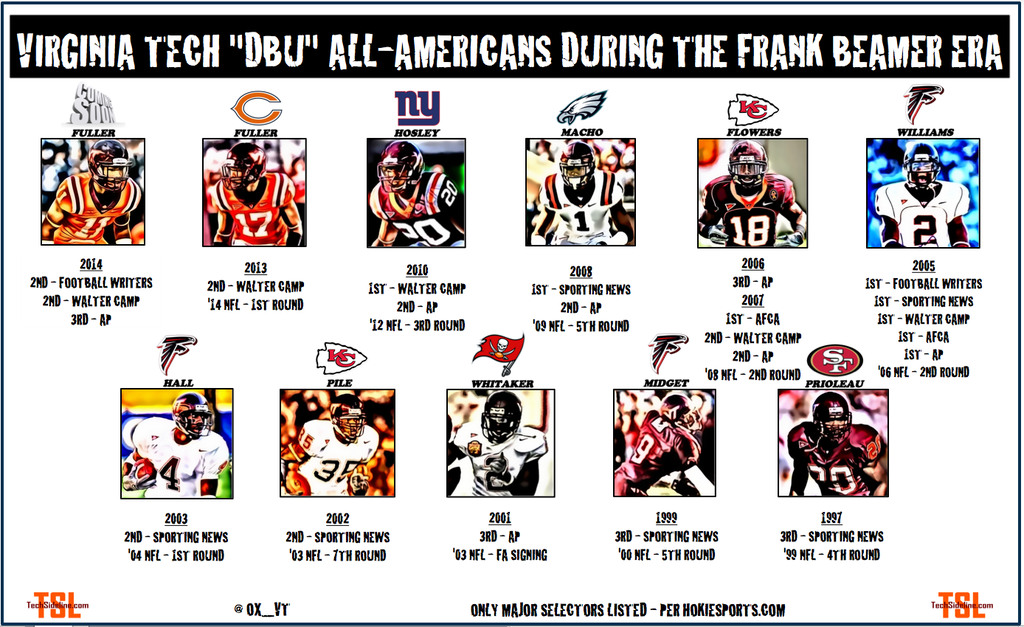 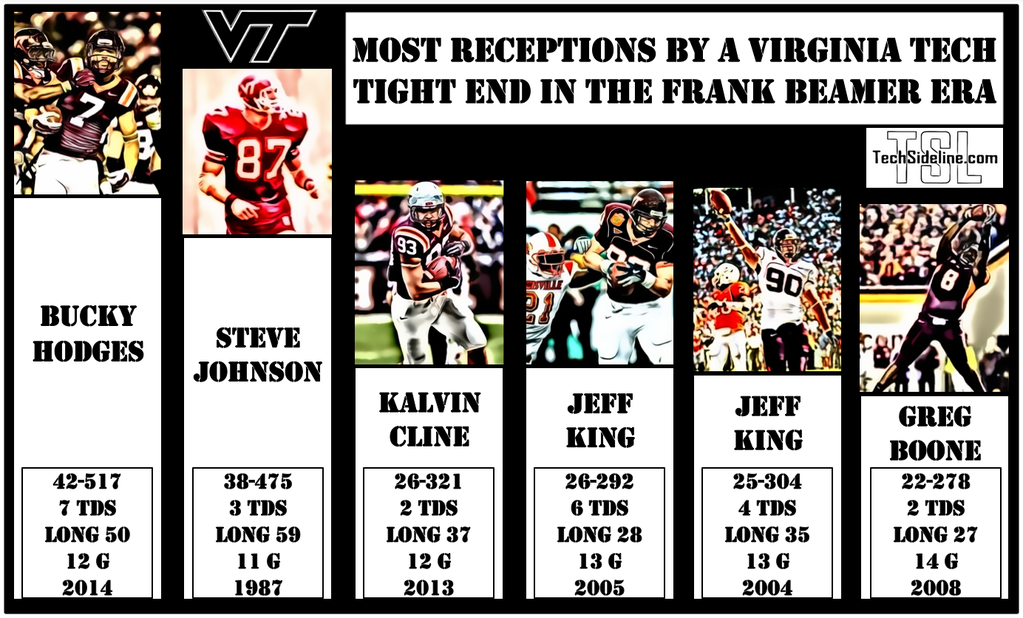 Ya know … Cincinnati’s defense isn’t very good. If you’re wondering what it would take to put up a historic performance against them at the QB, WR, or RB position, here’s a look at some of VT’s more impressive bowl performances at those positions. This is really interesting stuff. 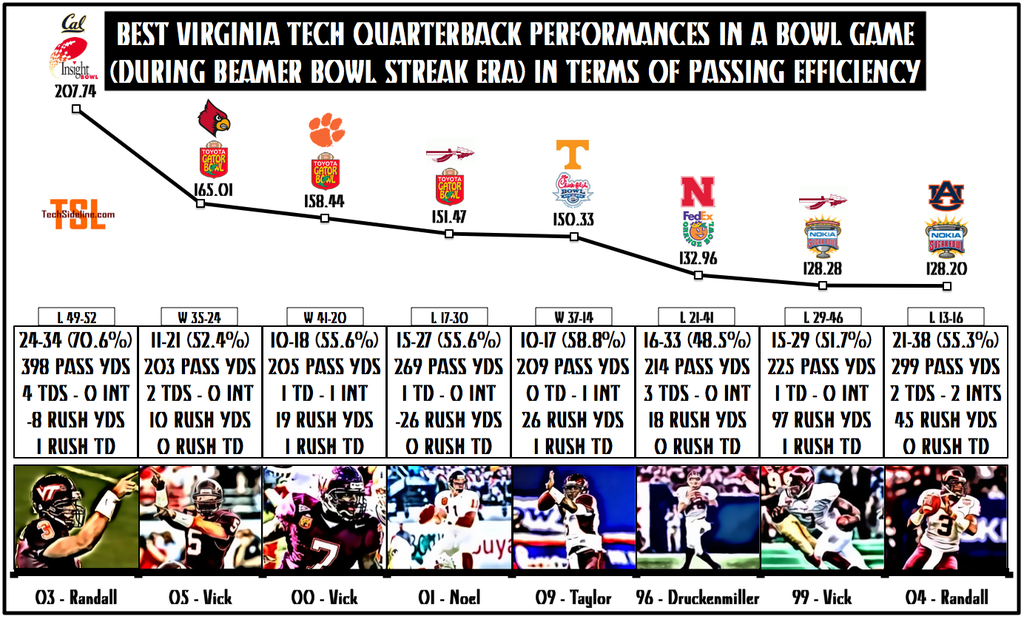 Bet you never expected to see Grant Noel fourth on that list, did you? 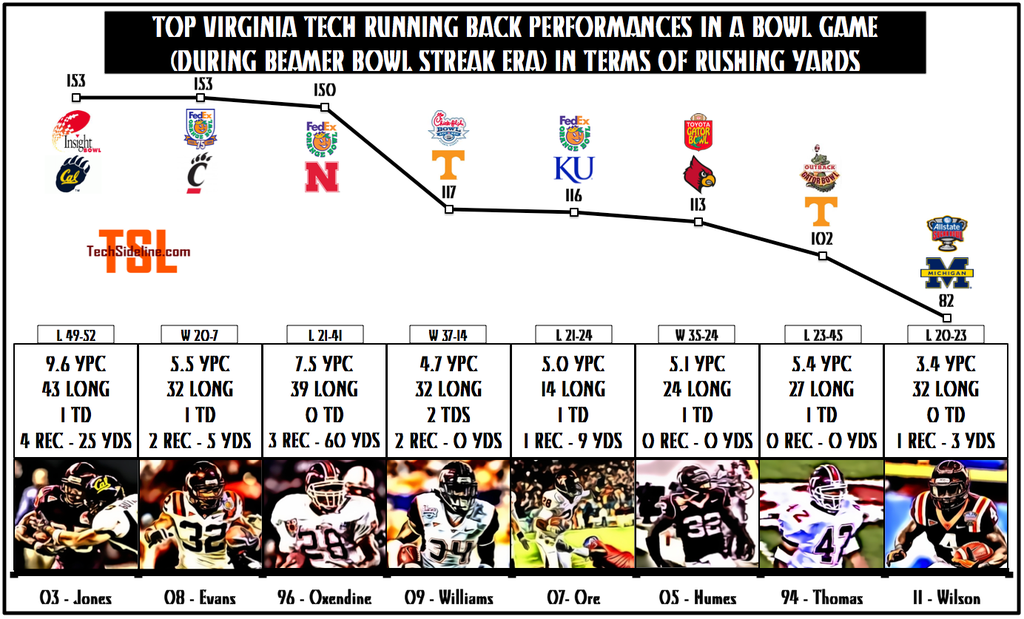 Too many great efforts in losing games on that list. Blech. 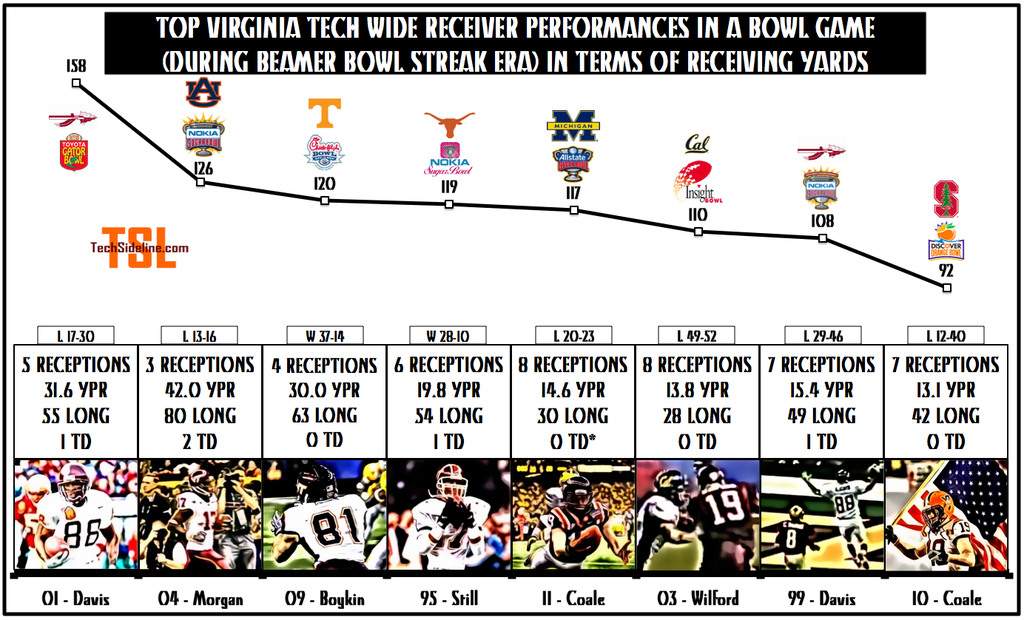 Now you know why Grant Noel had such a good game in the 2001 Gator Bowl. He had AD to throw to. (Do you remember that was Bryan Stinespring’s first game as offensive coordinator?)