In part 3 of this week’s infographics series, we will show you some infographics on the Hokie offense, and we’ll see where this year’s performance fits in historically.

First things first: the scoring streak is still alive. VT didn’t have much trouble extending it against the Hoos. 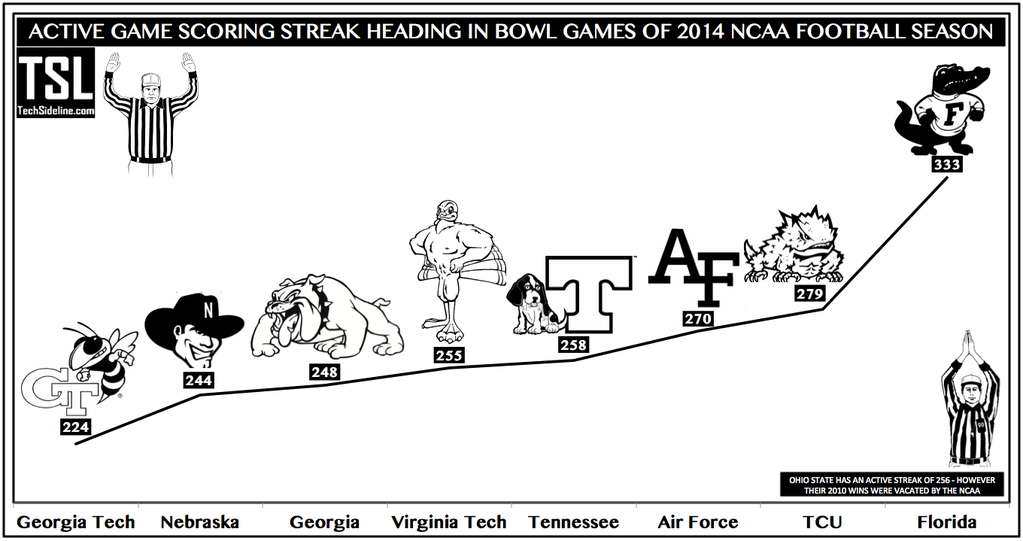 Speaking of scoring, VT has one game left to avoid notching their second straight season with less than 300 total points (after 20 straight seasons of 300+ points). 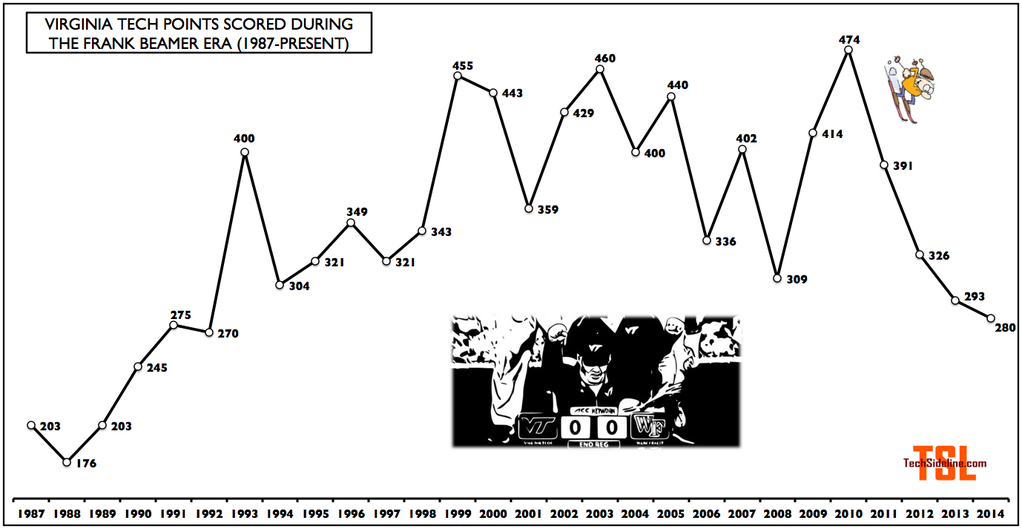 Next, let’s ask the freshmen to take a bow … first, an infographic showing that 80.2% of Tech’s skill-position TDs were scored by freshmen Bucky Hodges, Cam Phillips, Isaiah Ford, Marshawn Williams, Shai McKenzie … did I leave anyone out? 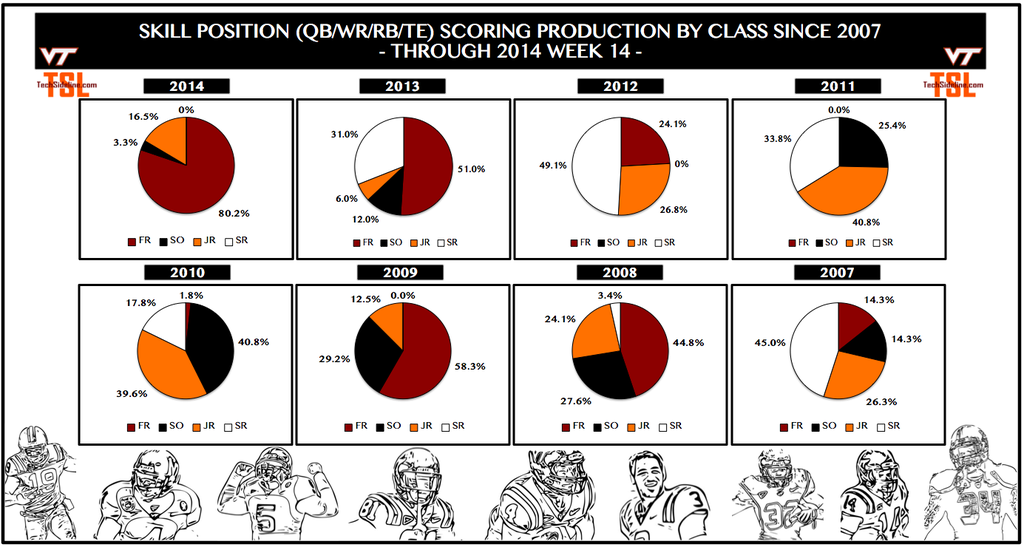 Freshman WR Isaiah Ford is having a tremendous season, tied for the fourth-most receptions in a season in Tech history, and remember, he’s got one more game. 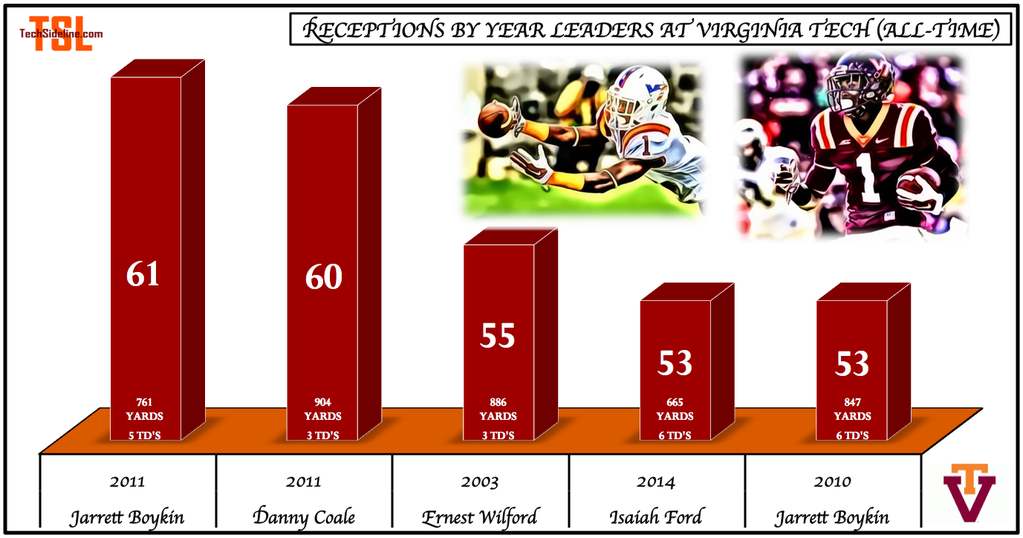 Here’s the latest breakdown on how many of VT’s first downs come from rushing, passing, and penalties. 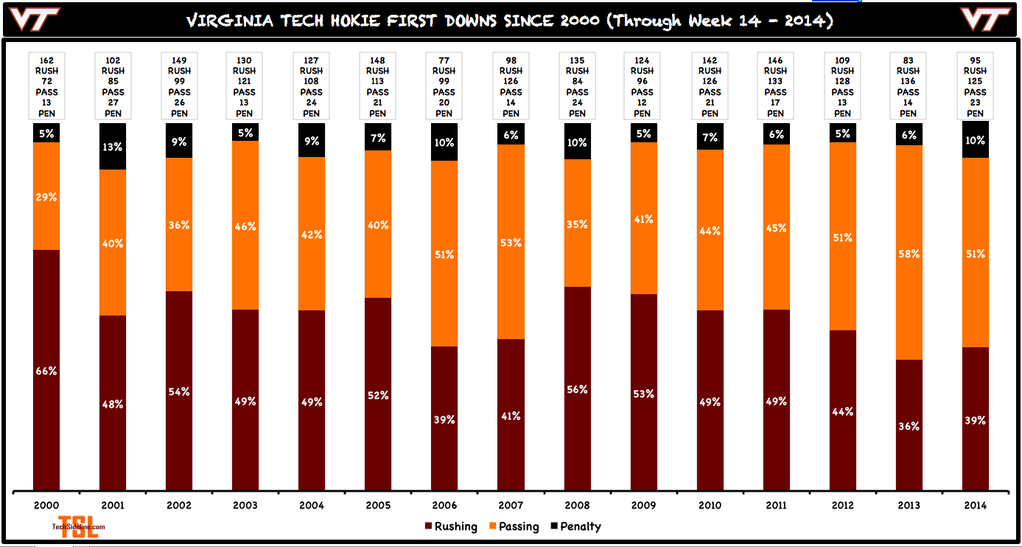 The 2014 Hokies do two things much better than the 2013 Hokies did: third down conversions and red zone scoring. 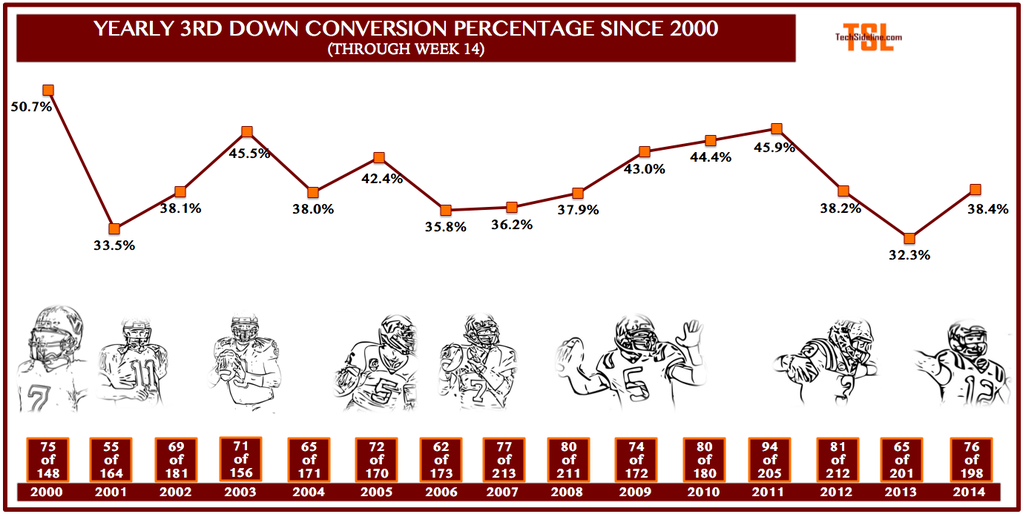 That’s not a *great* third down conversion rate, and it has been in decline since hovering over 50% for the first five games of the season. But at least it’s not as bad as 2013’s low-water mark. 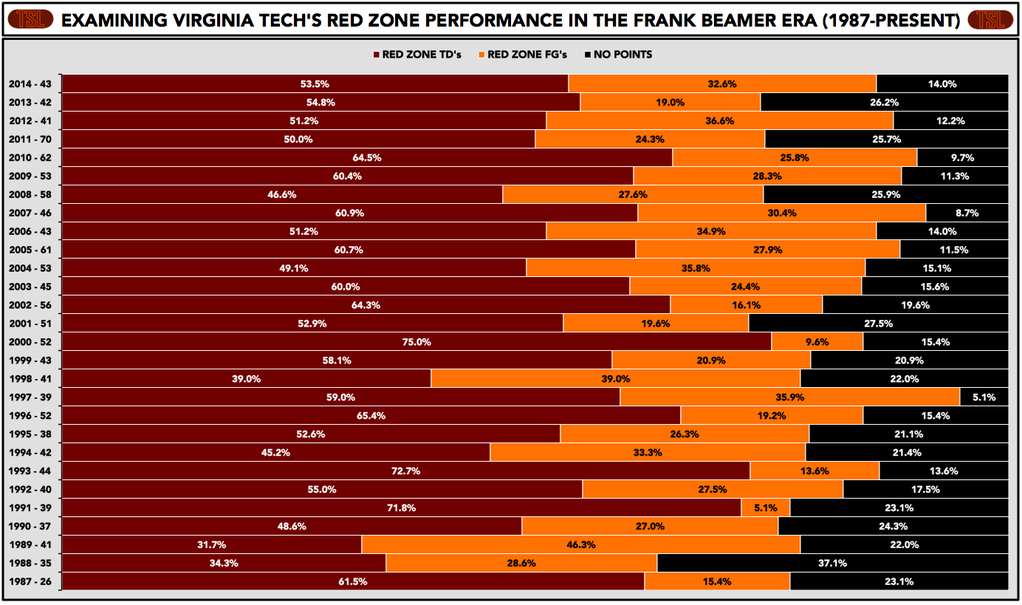 After compiling a third-worst (in the Beamer era) red zone scoring percentage of 73.8% last season, the Hokies have greatly improved, to 86% so far this season. But the TD percentage (53.5%) is only middling.

Last season, the Hokies were 10-16 on field goals inside 40 yards. This year, Joey Slye is 14-of-16. That accounts for almost all of the scoring discrepancy, which is isolated to field goal percentage.

That’s it for today’s update. Tomorrow, we’ll take a look at some team infographics … stats that are a function of offense + defense + special teams.