This week’s infographics update is a compilation of the infographics OXVT has produced regarding Frank Beamer’s overall coaching record, his record against the ACC, and other various aspects of his career at VT.

We’ll begin by seeing how Frank stacks up against the historical greats of college football.

Frank and the Greats 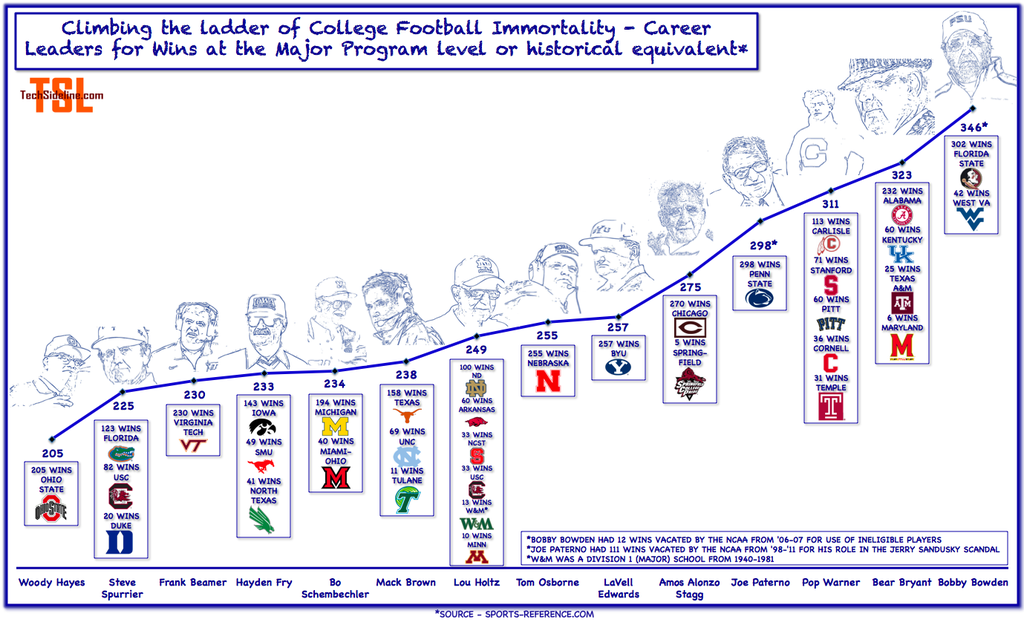 With 230 wins (post-Virginia 2014), Frank is 12th on the list, and he has three other legends within site: Hayden Fry, Bo Schembechler, and Mack Brown. Frank could move up to 9th in the list as soon as next season, but Lou Holtz, at 249 wins, will take two or more years to reach.

Note that the only active coach on that list is Steve Spurrier. At 6-6 this season, Spurrier didn’t gain any ground on Beamer.

This brings up the point: Frank is reaching the end of his career. What has happened to schools after they have replaced winning coaches? OX takes a look at a few. 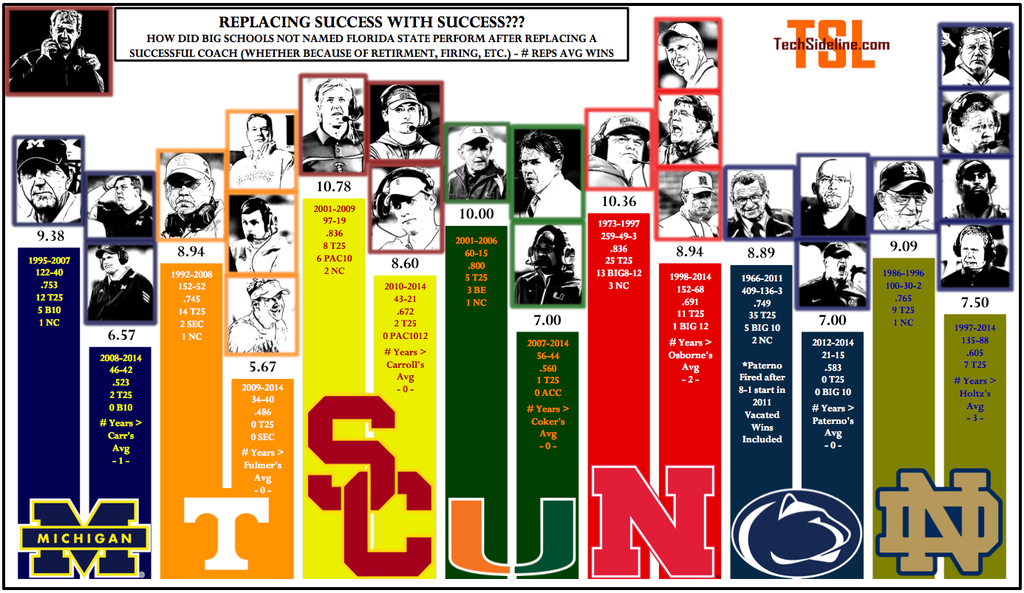 It’s safe to say, whoever replaces Frank will have a tall order doing better than he did, if this infographic is any indication.

230 wins is a lot of wins. Here’s an awesome infographic showing Frank’s overall record against all of his victims along the way. You could have a lot of fun with this infographic all by itself … like, for example, which team does Frank have the most wins over? Heh-heh. 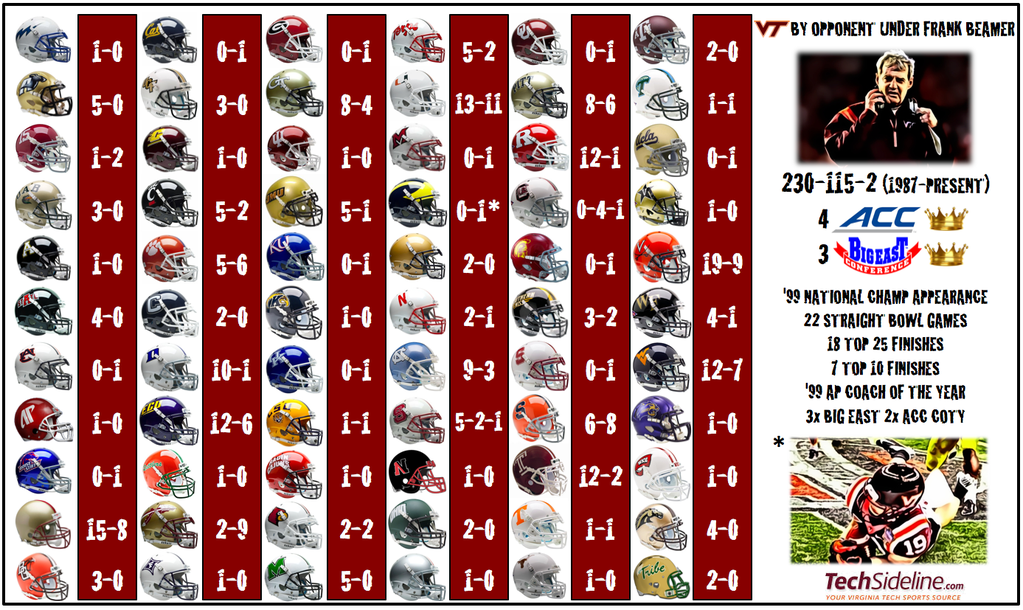 One of the major statistics that defines Frank is, of course, his streak of taking Virginia Tech to 22 straight bowls. That’s the longest active streak — maybe, depending upon how you view the FSU issue. 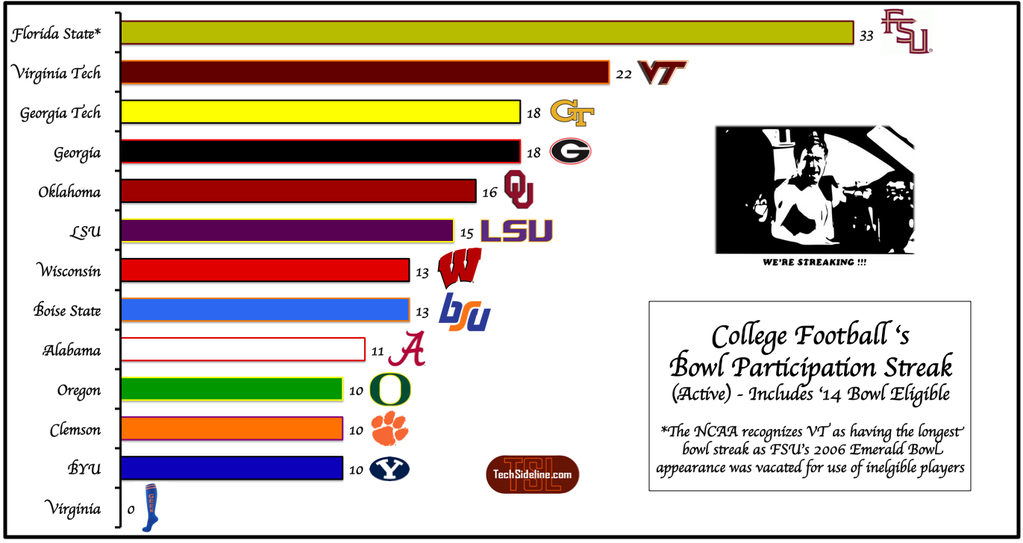 Looking back on those bowl appearances is quite a trip down memory lane. Add Cincinnati and the 2014 Military Bowl to the list. 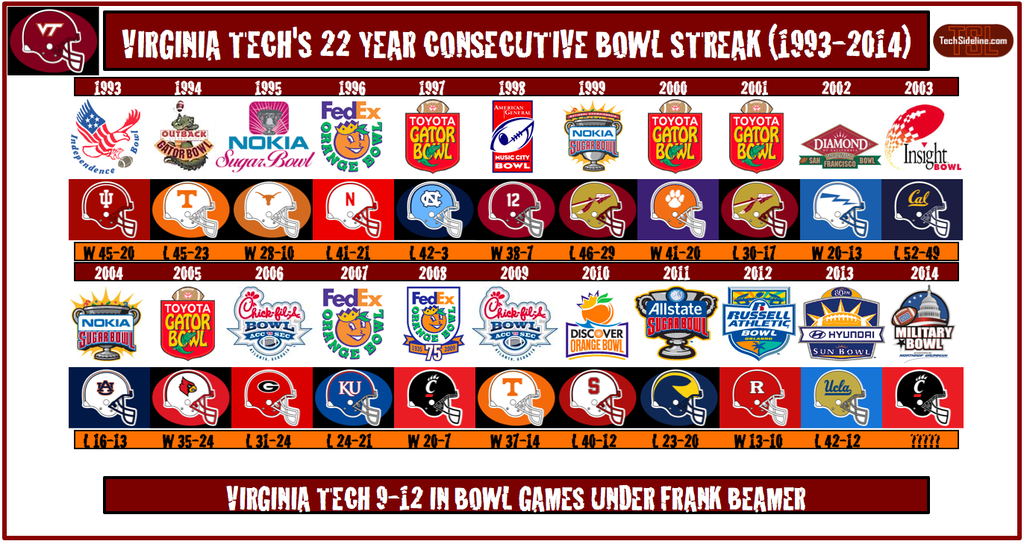 Frank Against the ACC

Frank has seven conference titles to his credit, four of them in the ACC. A handful of ACC teams have been Frank’s whipping boys, one in particular. 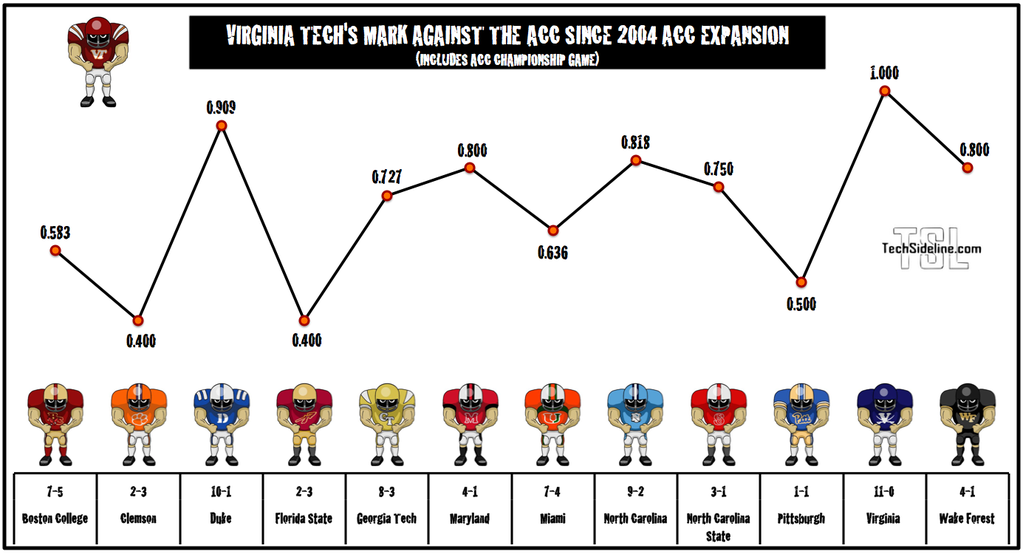 This quick look at coaches tenured in the ACC since 2010 — taken before FSU’s win over GT last weekend — gives us another reason to poke fun at Virginia. Because it’s so easy. 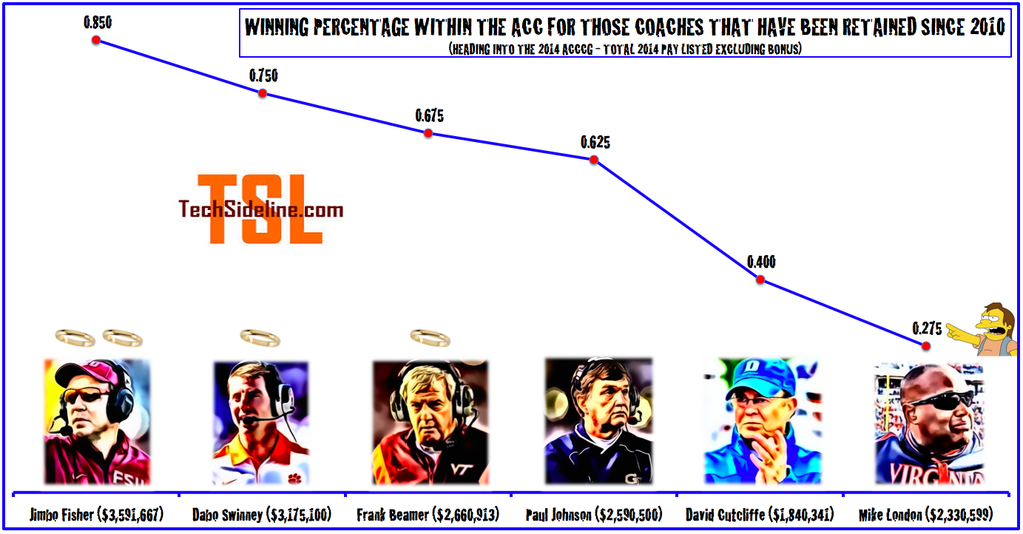 Lastly, a detailed look at everyone’s ACC composite record since the 2004 expansion. 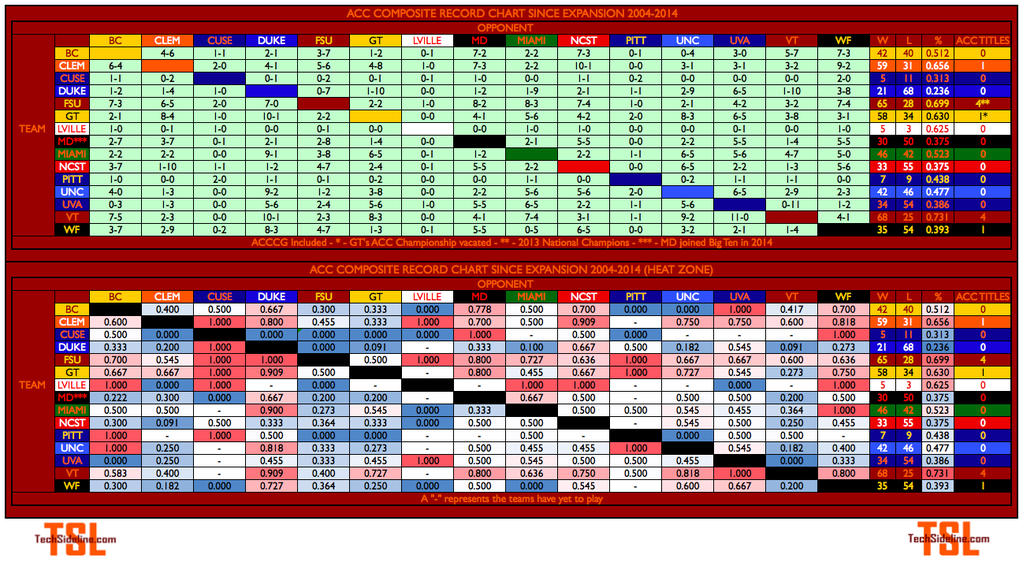 In the coming days, we’ll use OXVT infographics to bring you up to date on the offense, defense, and overall accomplishments of the Hokies this season, and historically.