This week’s infographics update is short and sweet. And poignant. And funny. You’ll laugh, you’ll cry … it will become a part of you.

Infographics for this week’s game against Virginia

This one stands alone, and might be the best infographic OXVT has ever produced. “Decade of Dominance” is one thing, but to see what didn’t exist the last time Virginia beat Virginia Tech … well, it really puts it into perspective. 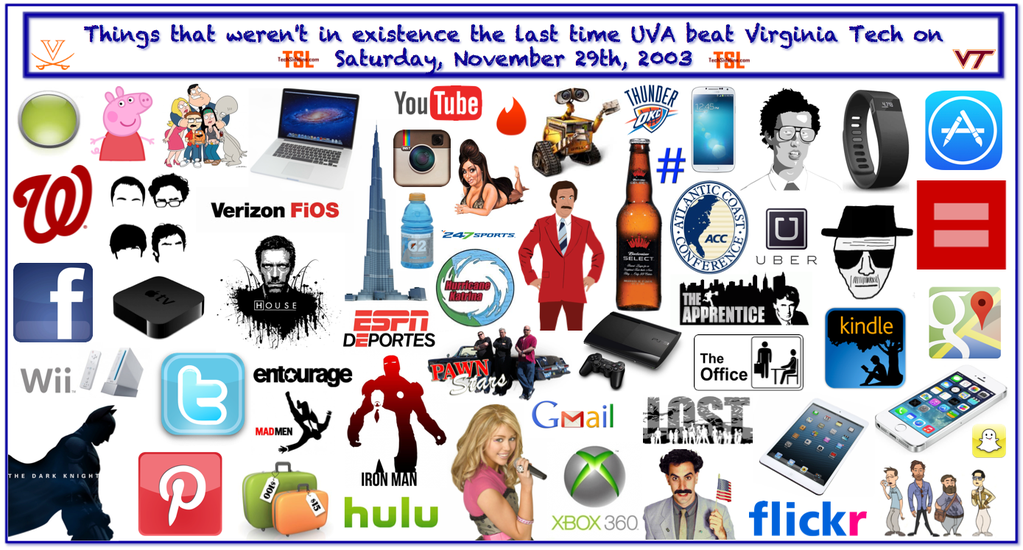 Done laughing yet?  How about the next one? There’s only one team that has a goose egg against the Hokies since Tech entered the league in 2004. 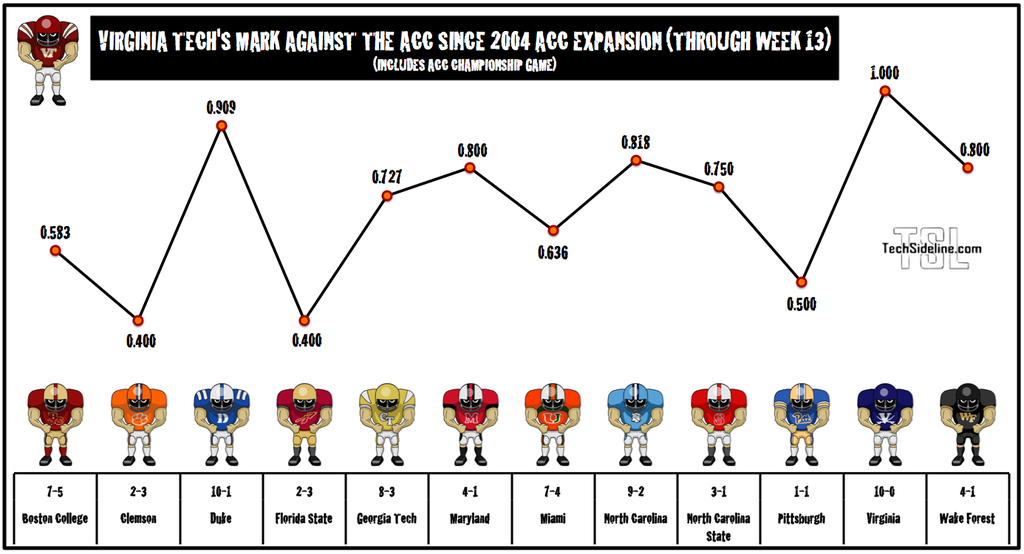 As if that’s not enough at risk, the Hokies have to win to continue their bowl streak to 22 seasons. Only FSU has a longer active streak (and they had to vacate their 2006 Emerald Bowl appearance, so officially, they “Tech-nically” don’t have the longest bowl streak). 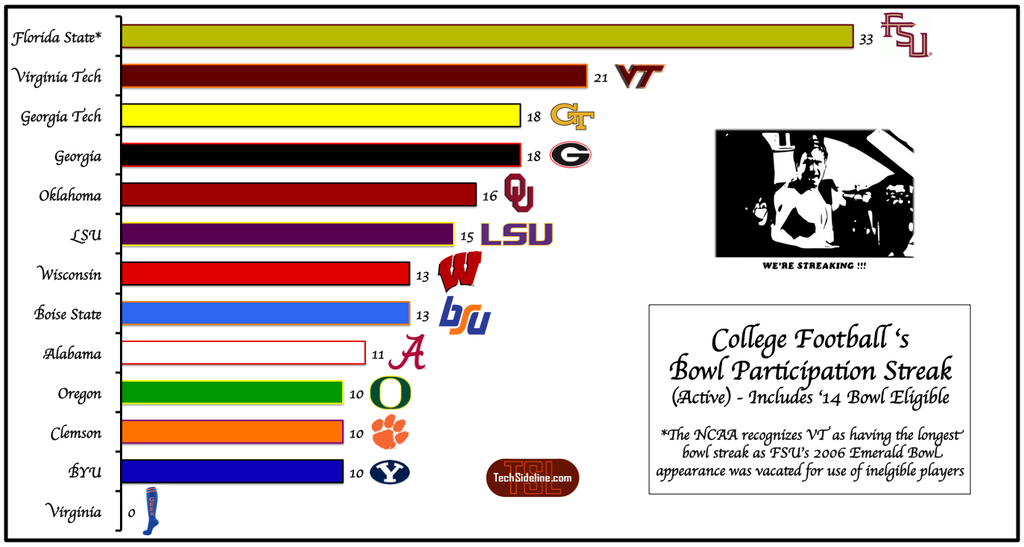 We’ll return next week with a full update of all of OXVT’s great infographics. Be sure to catch his “tale of the tape” infographic in today’s VT-UVa game preview on TechSideline.com.