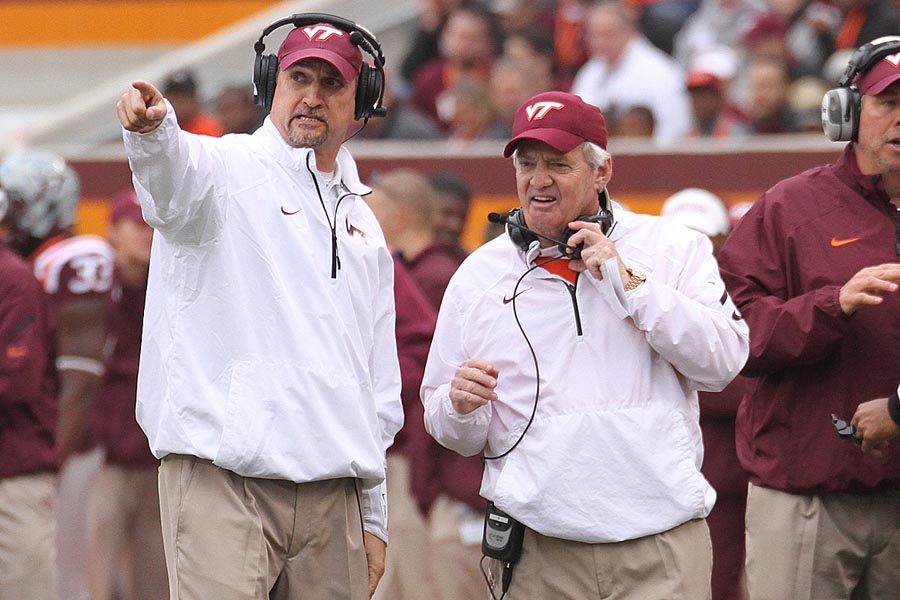 The Hokies are one win away from extending the nation’s longest bowl streak to 22. Given Tech’s play earlier in the year, getting to six wins was anything but a guarantee.

Now, it would take an upset of significant proportions to keep them from getting there.

Wake Forest, losers of every game since a win over Army on Sept. 20, is listed as a 15-point underdog, according to some Vegas bookmakers. Still, the Hokies refuse to take the Demon Deacons lightly.

“They are a BCS program that has good skill kids,” defensive coordinator Bud Foster said. “Young quarterback, but he’s a guy that if you give him time (can hurt you). They’ve got good receivers. Very capable. We’re not underestimating anybody. Very capable.”

Wake Forest has the worst rushing numbers in the nation. They average 34.1 yards on the ground per game and 1.08 yards per attempt.

“I think they have a lot of minus-yardage plays. That’s the big thing,” Foster said. “They’ve given up 37 sacks or something in that range and that’s a big part of that I think. But you look at Florida State, you look at Clemson, you look at BC, all who have pretty good defenses, Syracuse, and you see a big play. But then you turn it over, get a minus play, that kind of thing.”

Tech’s running game, which at times throughout the year has looked as bad as Wake Forest’s, will be without freshman Marshawn Williams. Williams suffered a torn ACL against the Blue Devils last week, joining fellow backs Shai McKenzie, Jerome Wright and Trey Edmunds on the depth chart.

Williams, McKenzie and Wright all out for the season, while Edmunds (clavicle) is listed as questionable.

“It breaks you’re heart because (Williams), he loves football,” running backs coach Shane Beamer said. “To see him be having a good year, get hurt, work hard to come back, have two good runs there right before he got hurt and then to get hurt. It’s tough. We all were upset. The running backs were, I am. I don’t know if anyone is more upset than my six-year-old daughter, she’s crushed, drawing him pictures every day, wants to invite him over to dinner each night to our house.”

The absence of Williams means the Hokies will use J.C. Coleman as the feature back on Saturday. Coleman was listed as the No. 1 tailback before the season started, but fell as low as fourth on the depth chart.

Out of necessity, he carried the ball 20 times against Duke and thrived with the opportunity, picking up 95 yards.

“I think he was probably more ticked off at me and the  coaches more so than down,” Beamer said. “I don’t think he ever lost confidence. I don’t think he was happy, nor do I want him to be. I told those guys, he, Joel Caleb, I’ve talked to them on more than one occasion. I said, ‘Hey, you should be mad that you’re not playing. As a competitor, I want that.”

If the Hokies are come out on top Saturday, it will be the first time in over a month they have a record above .500. The fact that it would have to come on the road doesn’t faze them, either. Tech is 3-1 away from Lane Stadium this season, with two of those wins coming over top 20 teams.