The latest infographics, including a look at the Heinz Field House of Horrors, sacks and interceptions year by year, and more.

You can see all of OX’s previous infographics by clicking here.

Yikes. Here’s hoping the Hokies reverse that trend in a big way tonight!

Interceptions are a little slow for the Hokies so far this season, though VT has been the best in the nation from 2000-2013.  Here’s a look at how 2014 stacks up with other seasons. 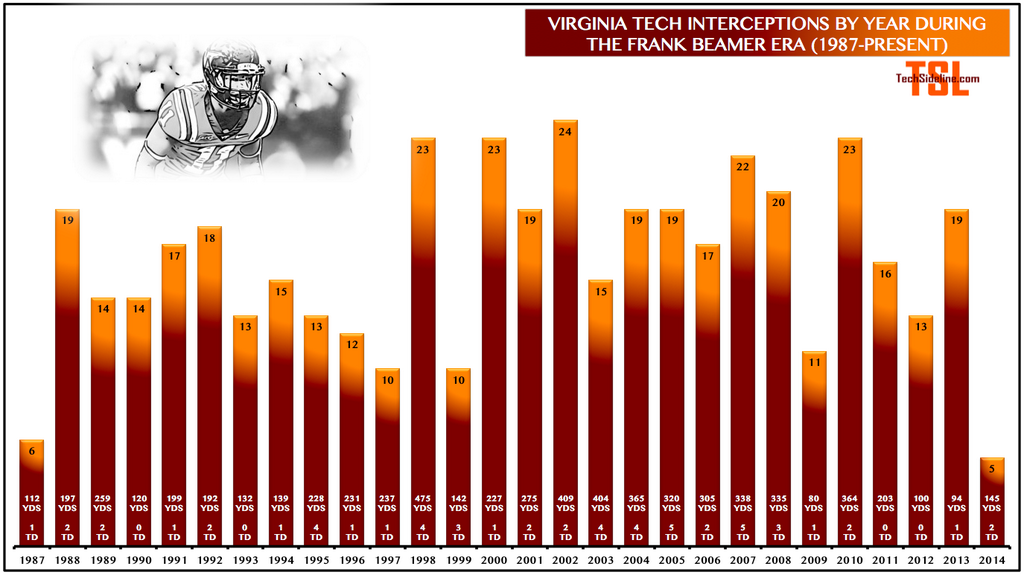 One stat that is NOT trending a little cold are sacks. The Hokies might set a season record for sacks under Frank Beamer, if things continue like they’ve been so far. 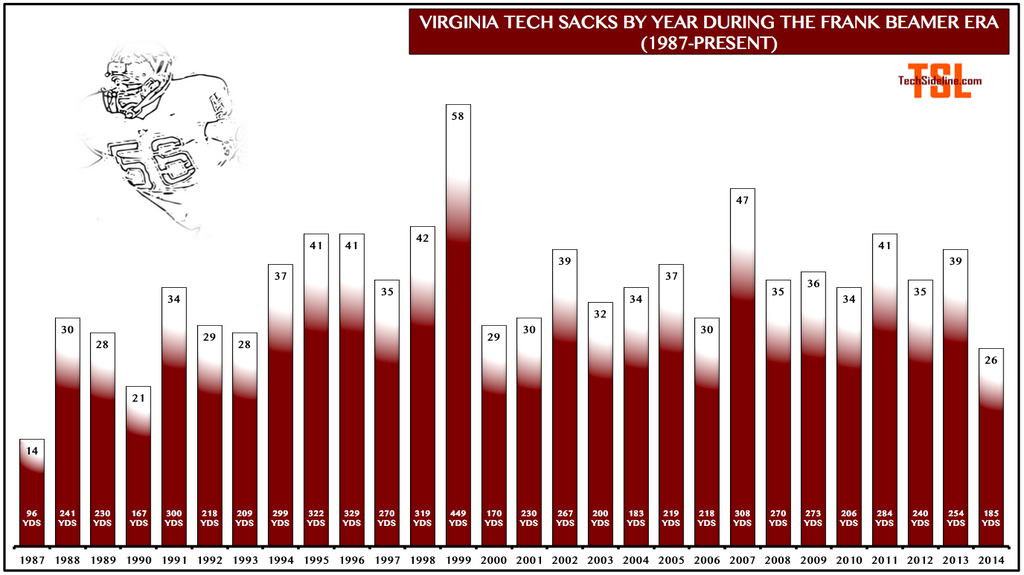 The Hokies have outgained their opponents by 517 yards this season. How does that compare to other seasons of recent vintage? Not bad. Tech’s 2014 Week 6 yardage margin is already better than some entire recent seasons, including two ACC championship seasons (2007 and 2008). 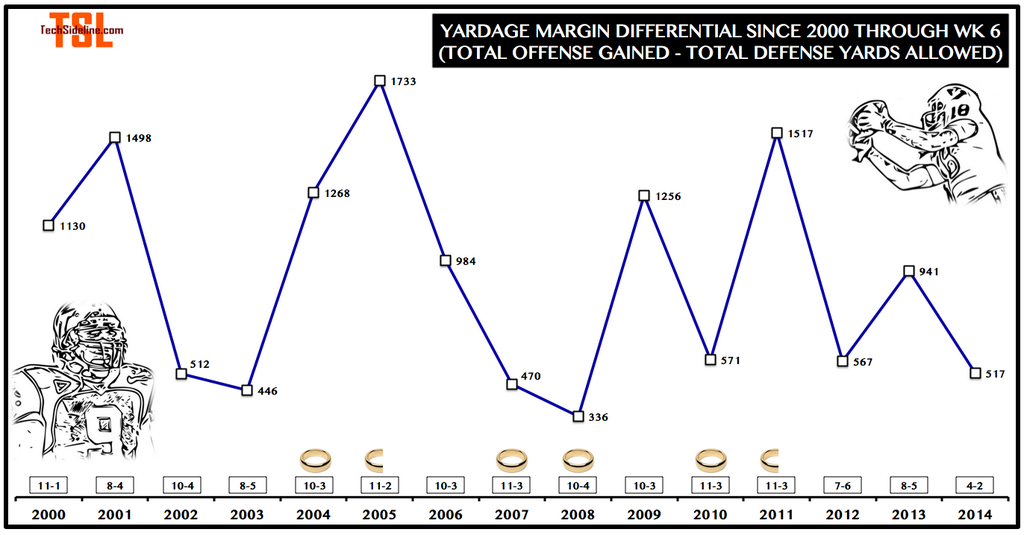 In many statistical areas, the Hokies are way ahead of their opponents so far this season. 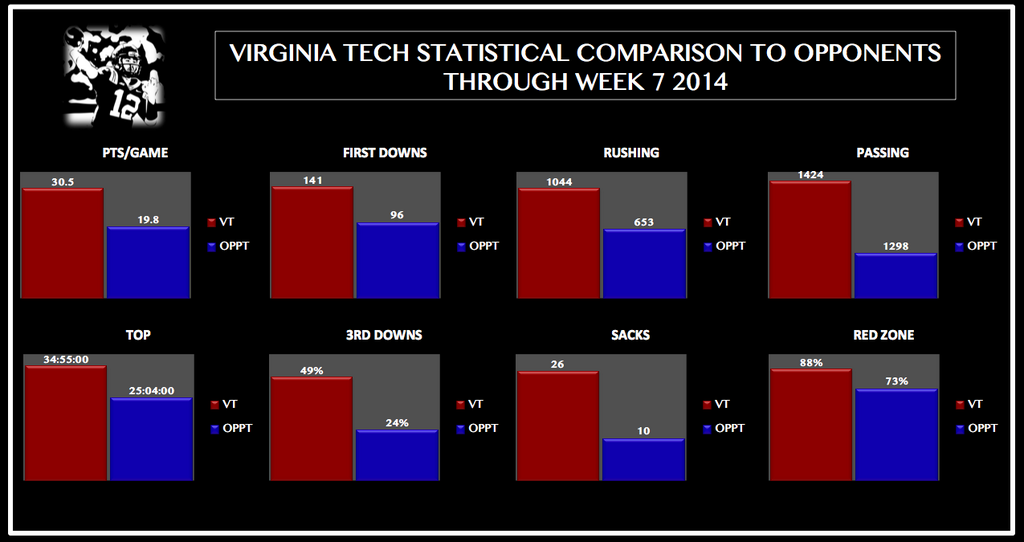 Here’s an interesting chart: a comparison of offensive and defensive yards per point so far for all ACC teams. 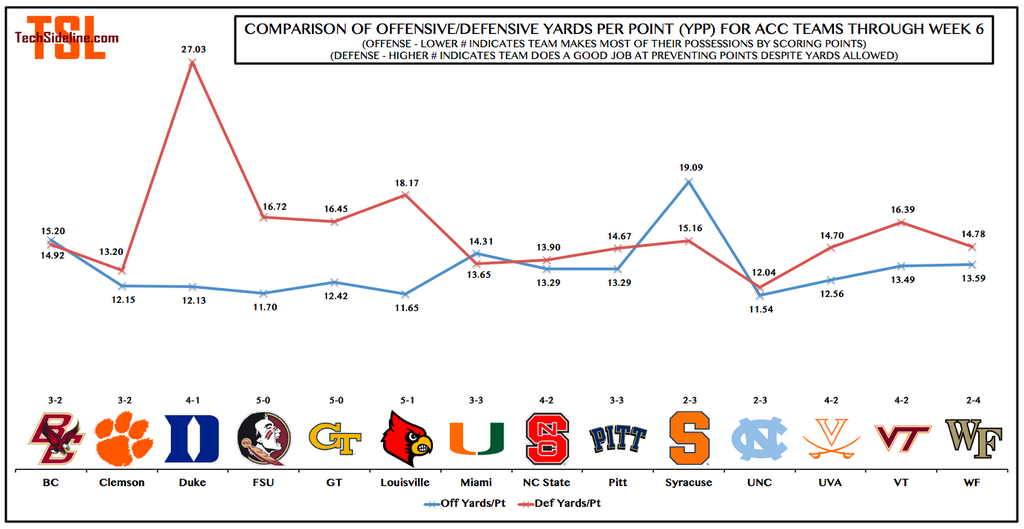 Lastly: ACC composite records (with “heat chart”) since expansion through last weekend, a look at the remaining Power 5 unbeatens, and a chart of VT’s Thursday night ESPN appearances. 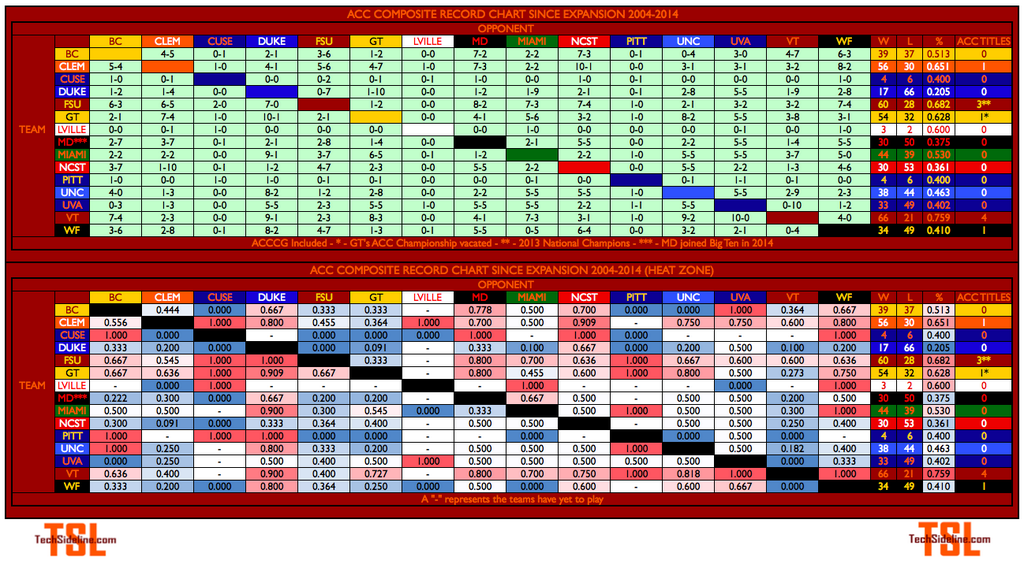 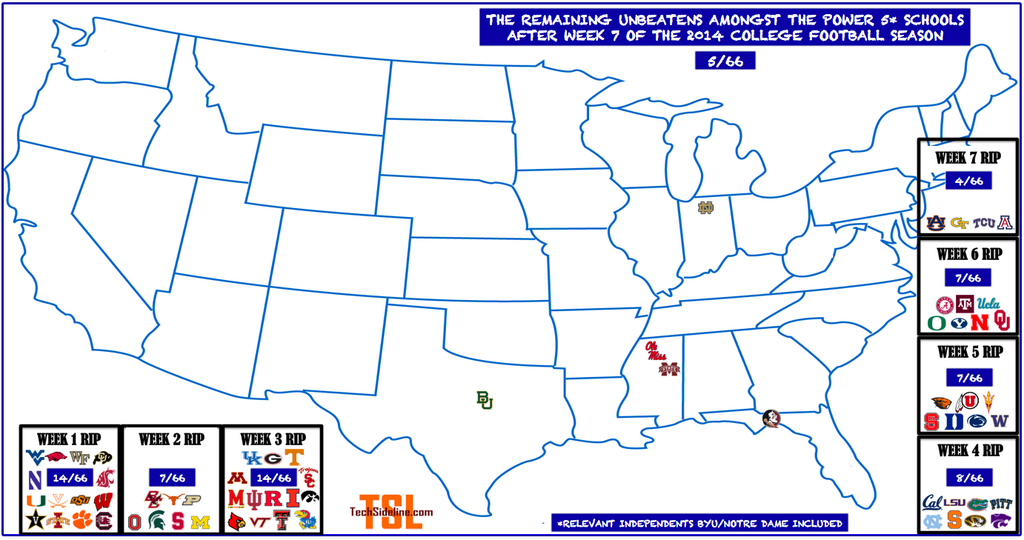 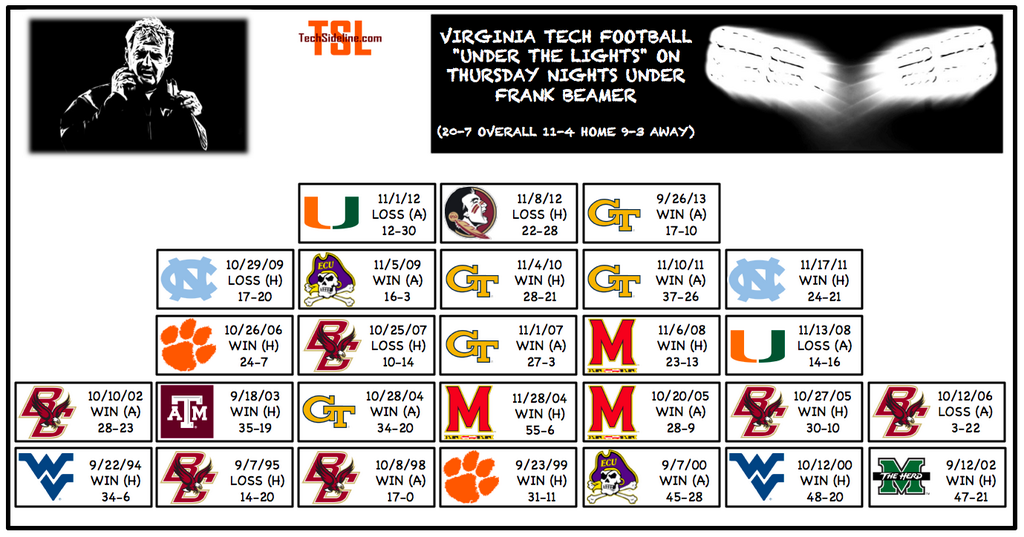 Play with the bull (OXVT), and you’ll get the horns … and lots of great infographics. Thanks, OXVT!