The latest infographics, including a statistical comparison between Tech and UVa (they’re close!), and a look at Tech’s results after a bye week dating back to the 2000 season.

First, a look at how VT and UVa compare after the first six weeks of the college football season. They’re eerily close in a lot of stats. 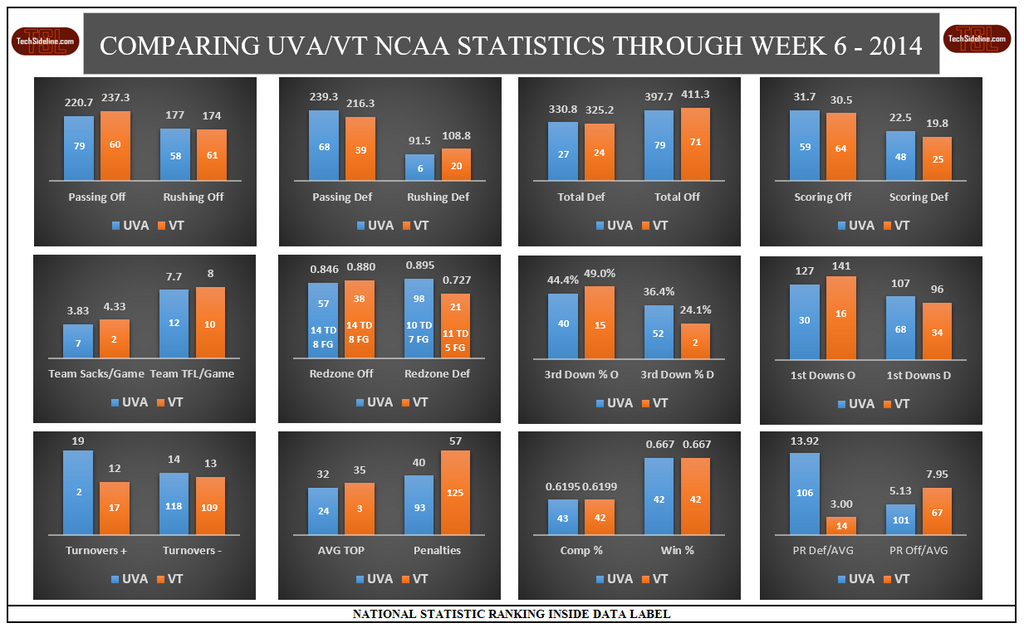 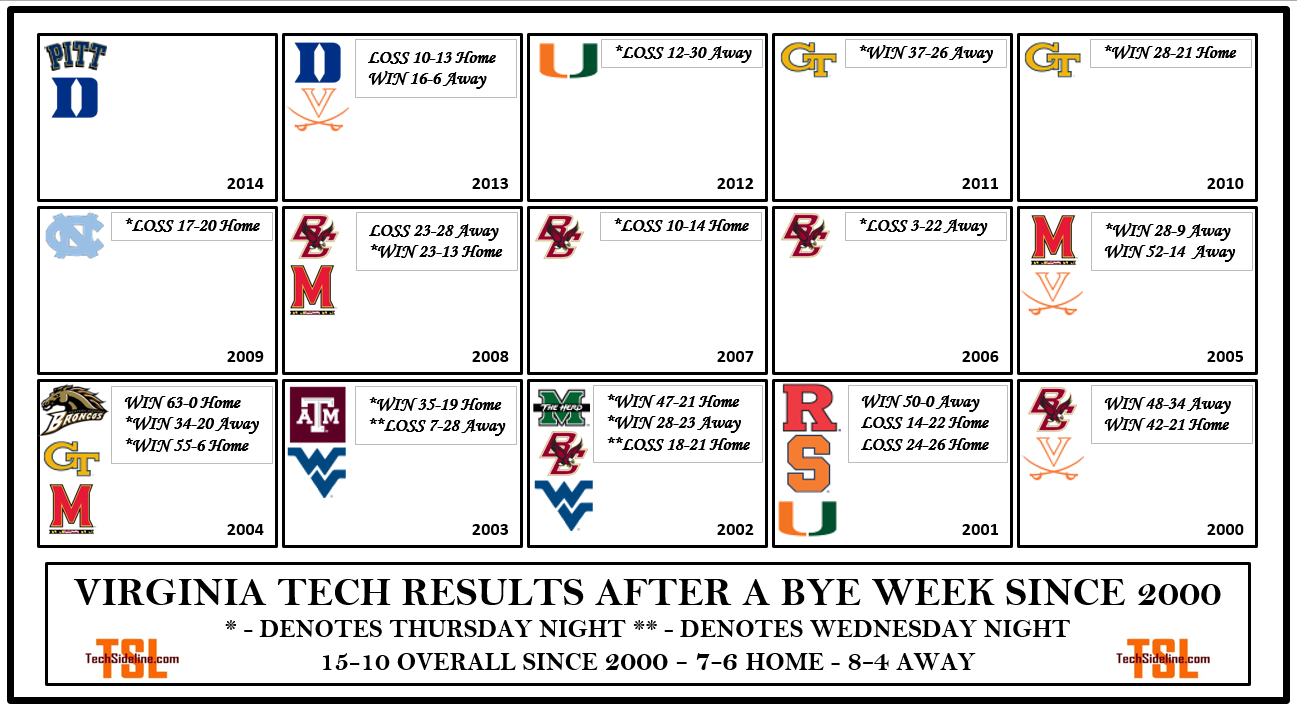 The Hokies recorded their second-best ever Time of Possession (TOP) stat under Frank Beamer (dating back to 1987) when they held the ball for 41:03 against UNC last weekend. Here’s a look at Tech’s top-ten TOPs since ACC expansion (we HATE the Duke 2013 stat). 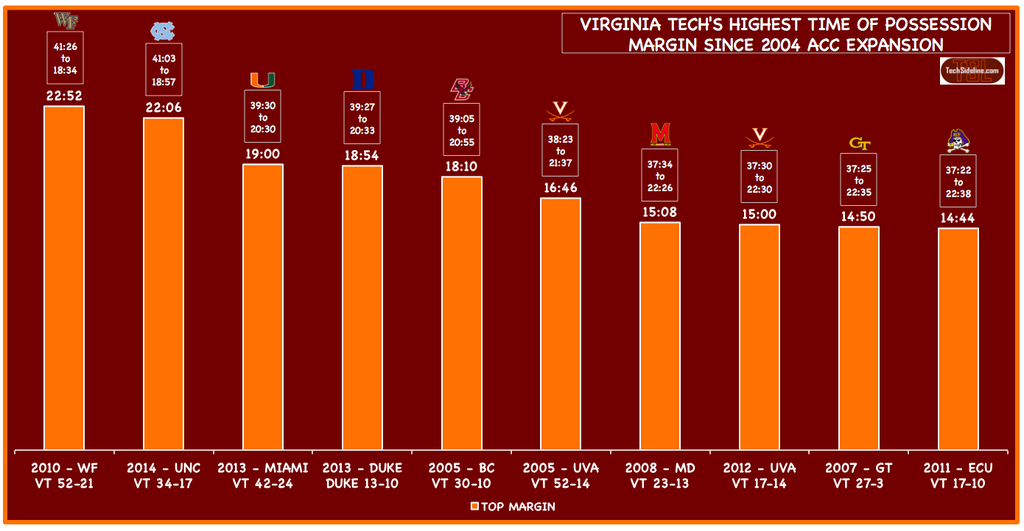 The Hokies aren’t having a great year running the football, but it’s not their worst … here’s a look at yards-per-game rushing since the 2000 season. 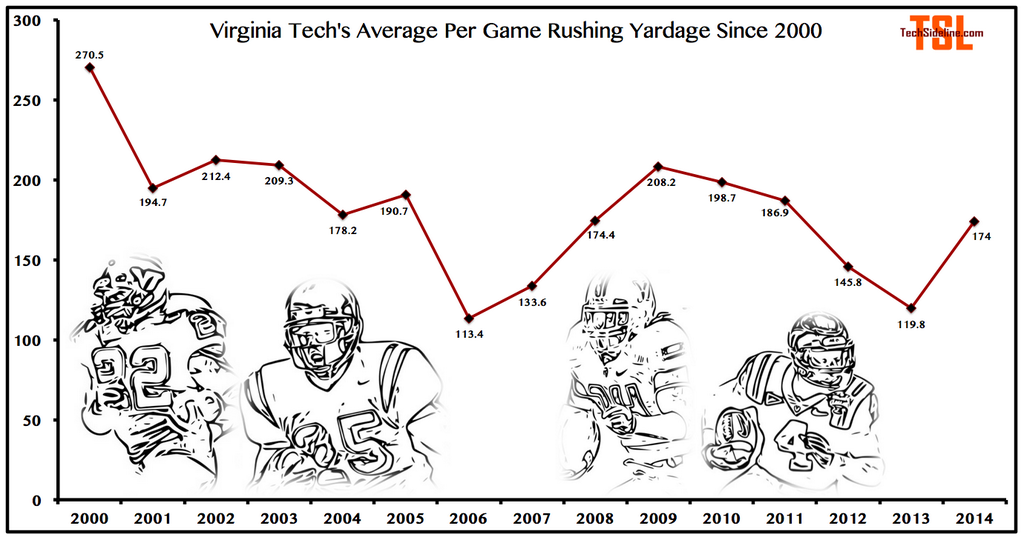 Speaking of running the football, here’s a game-by-game breakdown of the tailbacks in 2014. 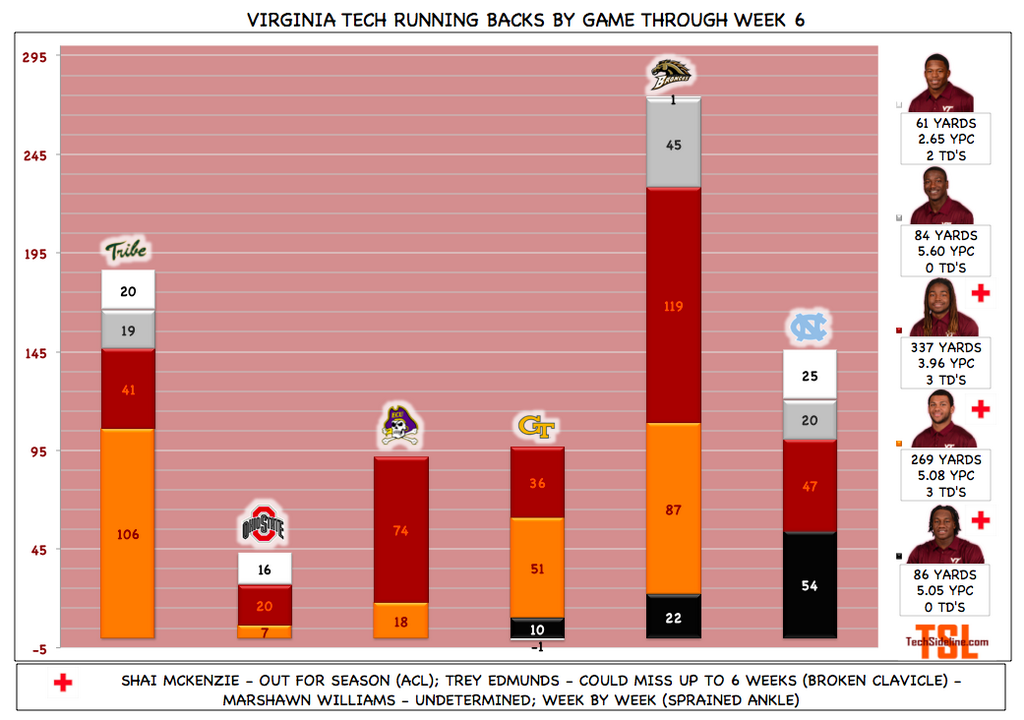 Lastly, the latest updated infographics that OXVT does on a week-by-week basis: 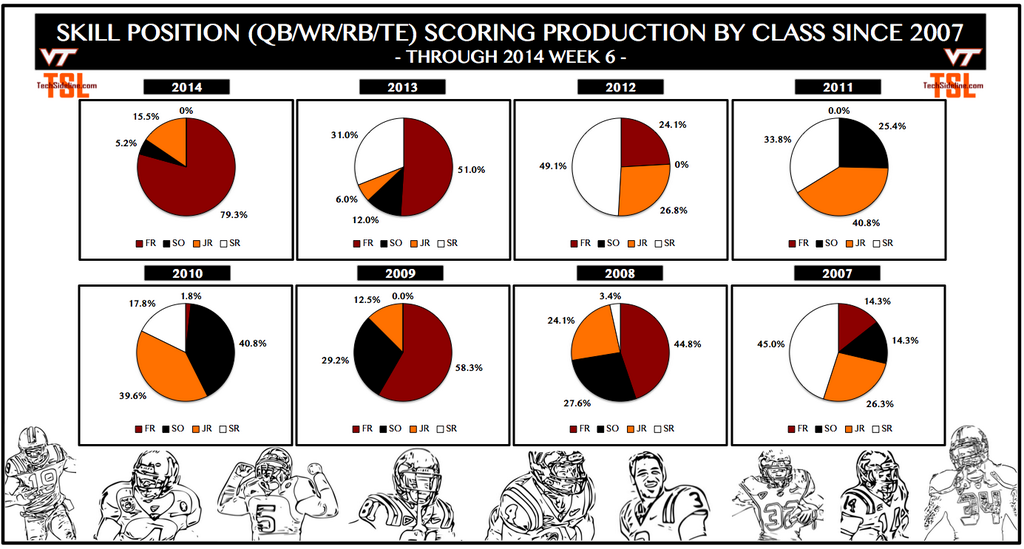 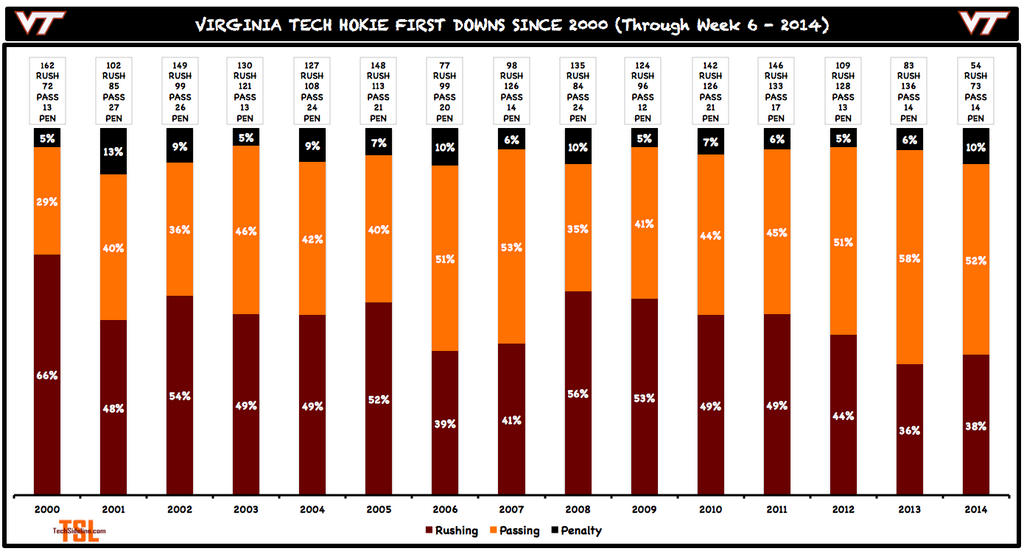 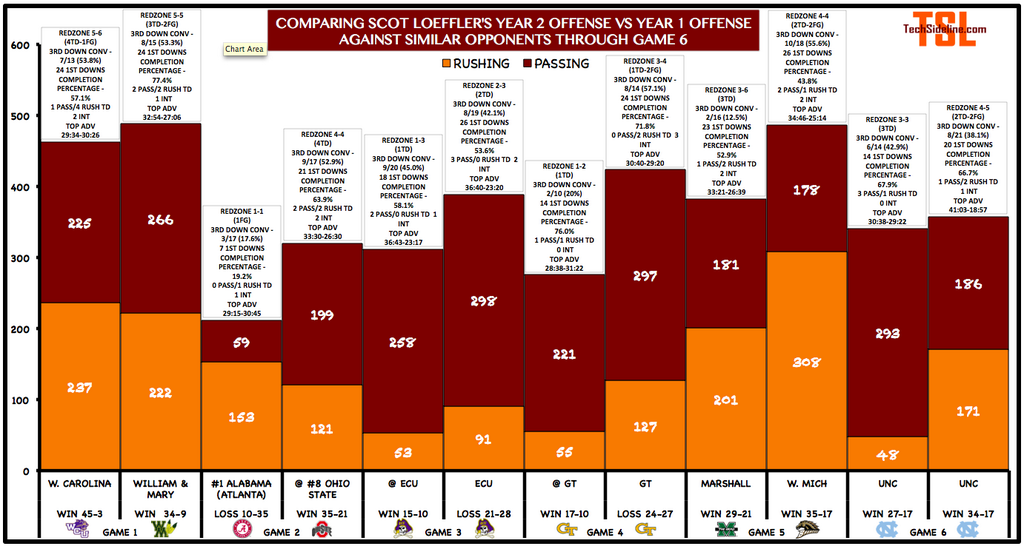 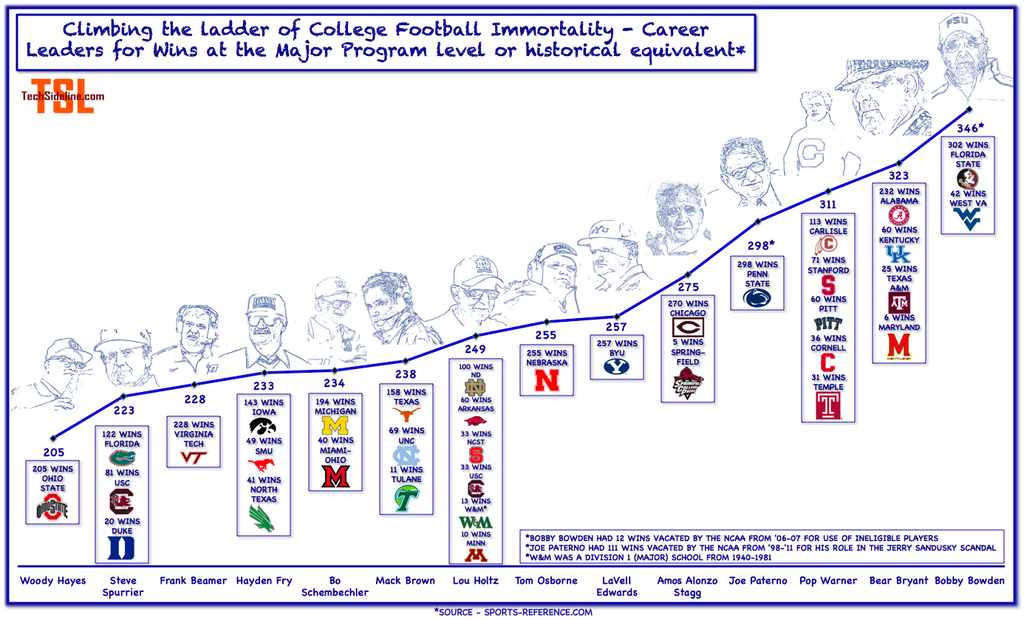 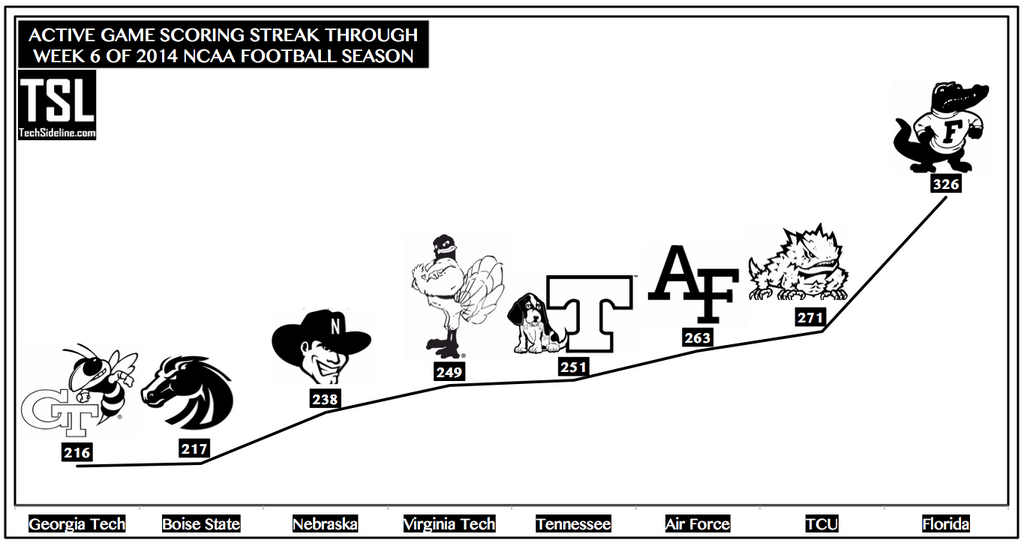 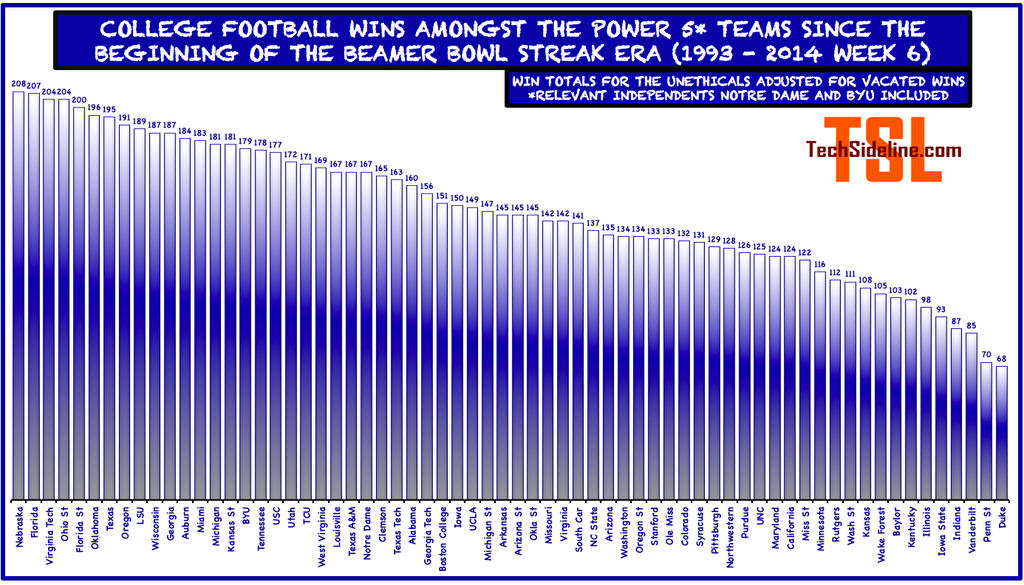 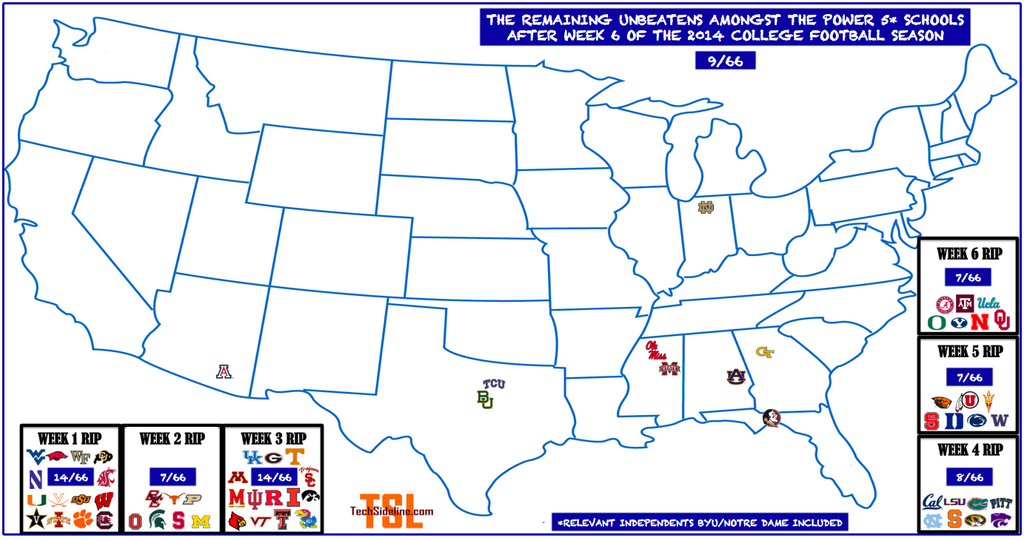 Many thanks to the hardest-working horned creature in Hokie football … OXVT!