The latest infographics, including a surprising stat for often offensively-challenged Virginia Tech.

First, did you know that Virginia Tech has the fifth-longest active scoring streak in college football? The Hokies haven’t been shut out since the 1995 Cincinnati game (16-0, game two of the season). 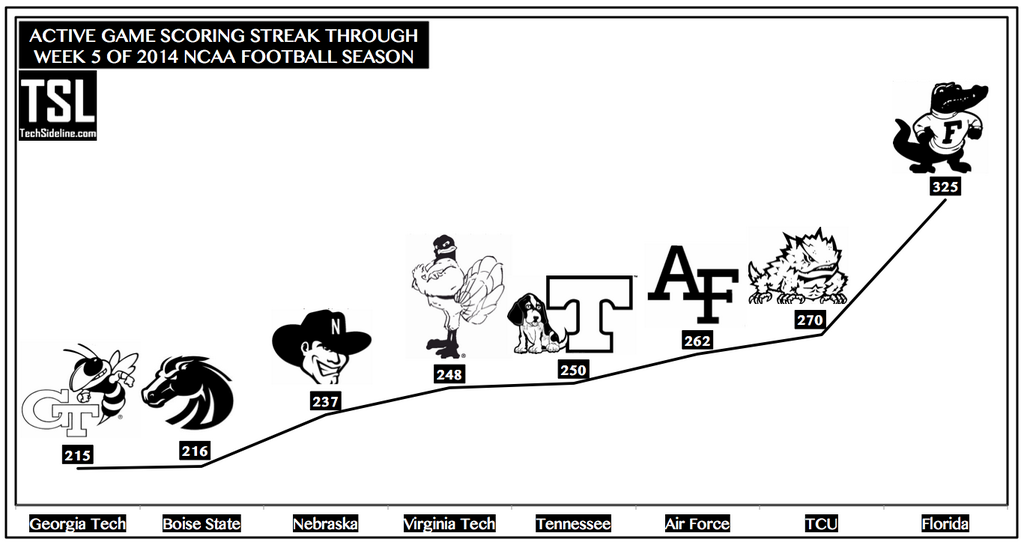 Even more interesting: Tech has the 11th-longest streak of all time, per the NCAA record book and this link.

Think the Hokies are getting a lot of scoring contributions from young players? This infographic points out exactly how much. 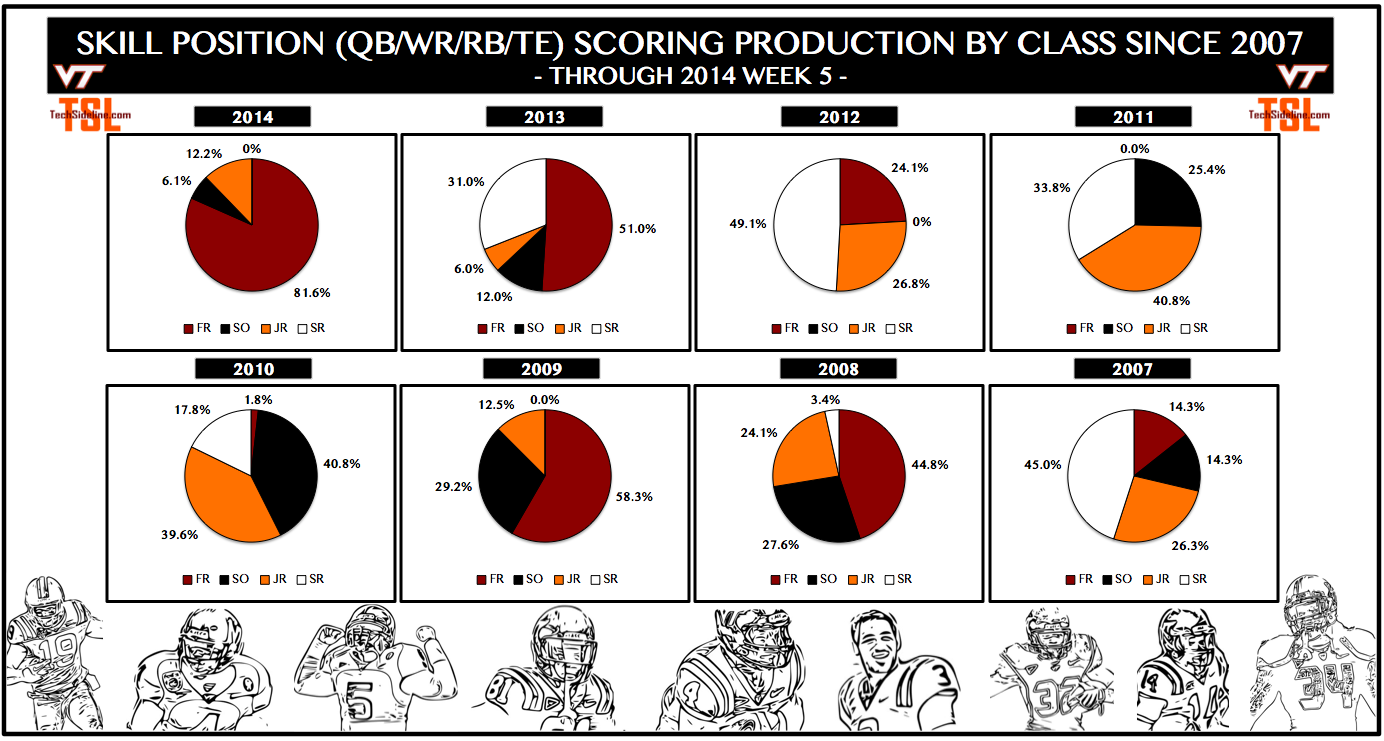 Here are a bunch of infographics from previous weeks, updated with the latest results for VT and college football.

First, a look at Tech’s first-down distribution (run-pass-penalty), after the Hokies racked up 13 first downs rushing against WMU: 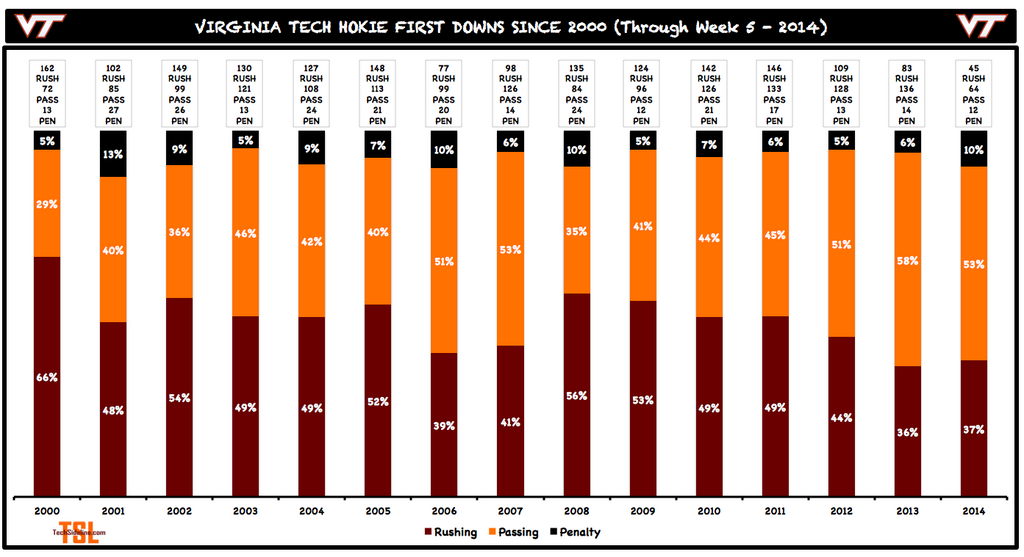 Next:  after a 10-of-18 performance against WMU, Tech’s 3rd-down conversion percentage is still at a very high level: 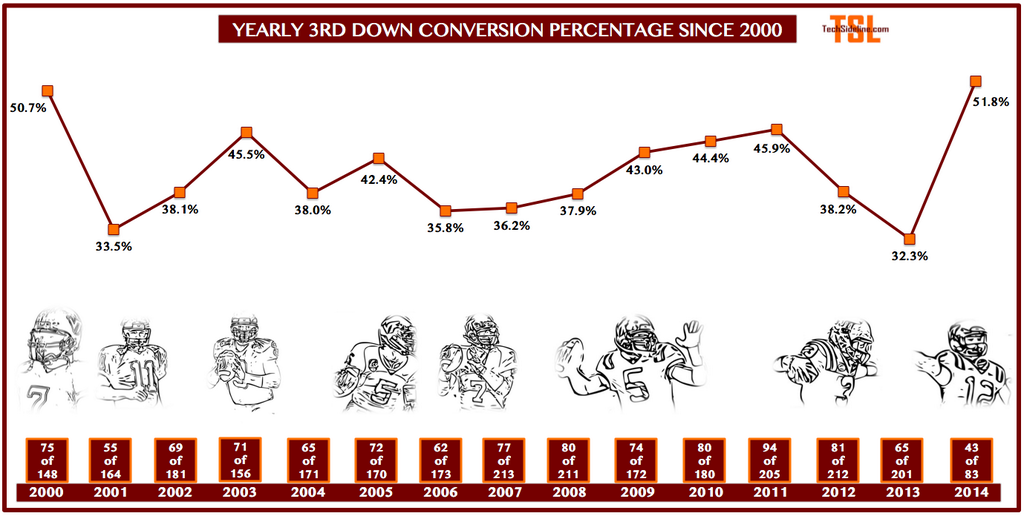 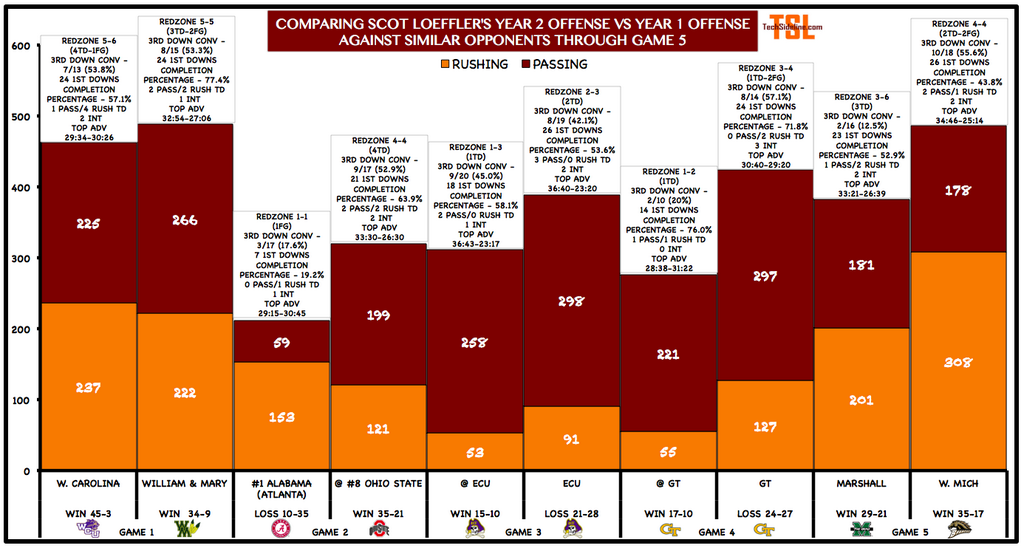 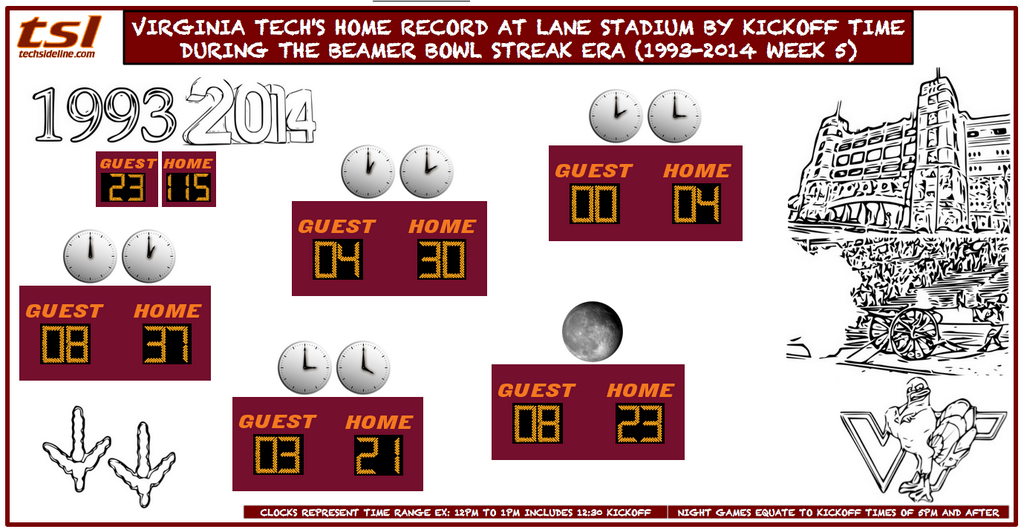 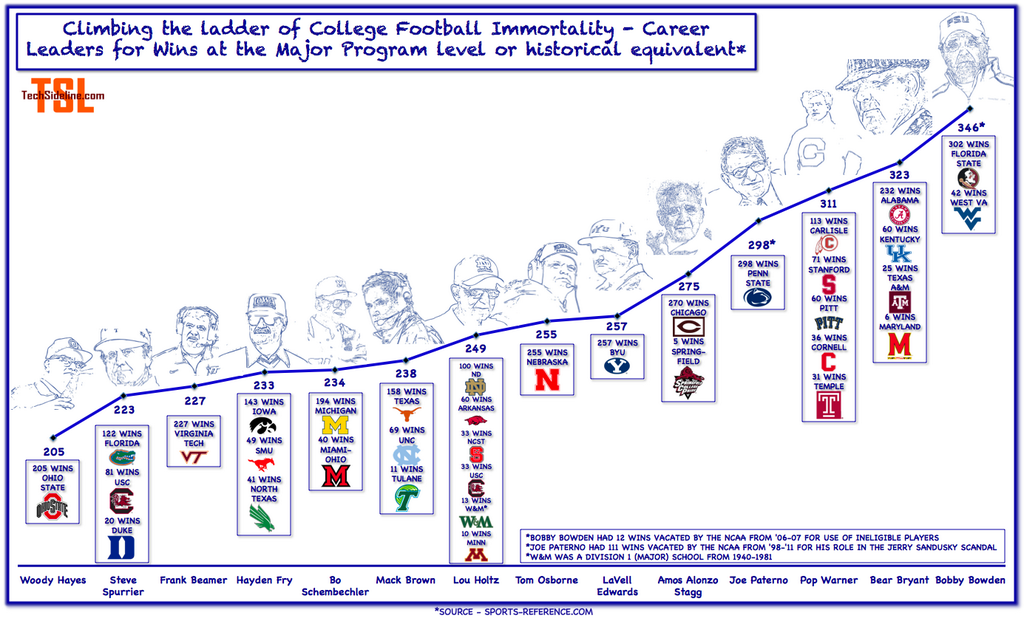 And lastly, college football’s unbeatens. This infographic is already out of date, with Oregon’s loss last night to Arizona (now 15/66 Power 5 teams are unbeaten). 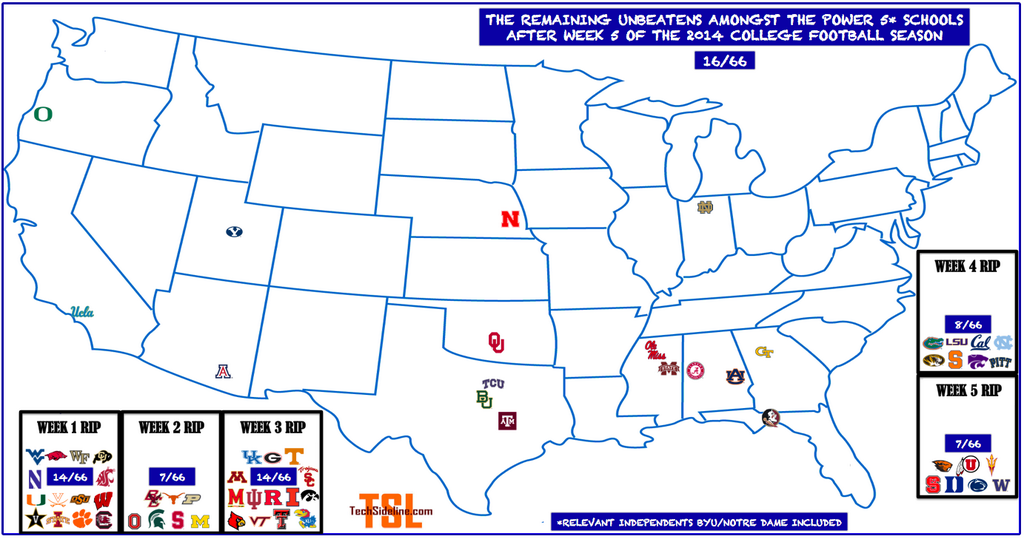