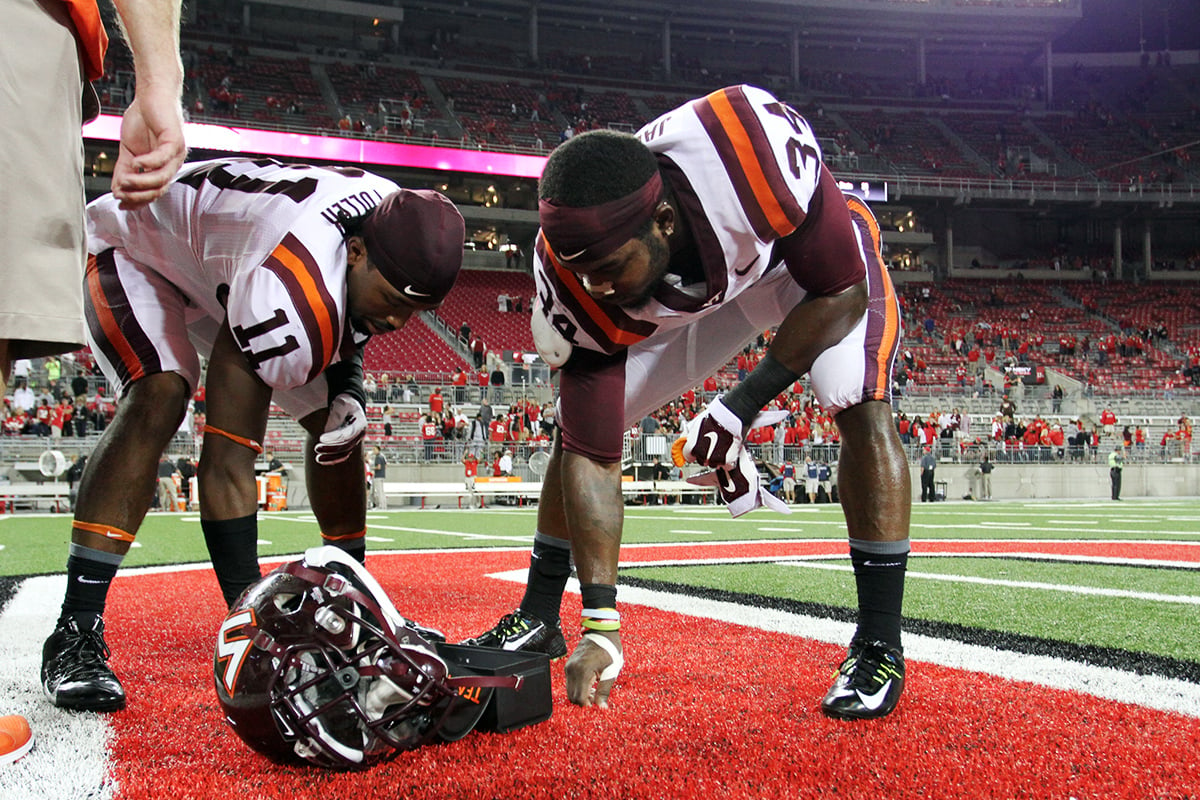 While many fans are still relishing the triumphant win over No. 8 Ohio State, the Hokies know their hands are full with the next team on the docket.

“I thought the thing we did a great job of the other night was we played with great effort every snap,” defensive coordinator Bud Foster said. “We have to do that again, because with this, this is throwing the ball out in space with guys one-on-one potentially and zones. We have to rally to (the ball) and take good angles and can’t assume it’s going to be a tackle.”

In a similar fashion to the Buckeyes, the Pirates attempt to feast on defenses by spreading them out wide and then taking advantage of them. The difference between the two teams is that the Pirates, led by 6-foot-2 quarterback Shane Carden, make their money slinging the ball around the field.

Against South Carolina last week, Carden threw the ball 46 times, completing 32 passes. The week prior in a blowout win against North Carolina Central, Carden connected on 26 of 37 passes before being pulled.

His favorite receiver is 6-foot senior Justin Hardy, who has pulled in 19 passes for 220 yards and two touchdowns in ECU’s first two games.

“(ECU has) some really good skill players,” Foster said. “I think the Hardy kid is as good of a receiver as we’ll see, very dynamic. I think the quarterback is an outstanding player. I said that last year. We were able to get a little pressure on him, but he’s a dynamic kid. He can move around when things aren’t there. He’s extremely accurate. I think where they’ve improved is their offensive line.”

Hardy caught six passes last season in Tech’s 15-10 win over ECU, but was limited to 31 yards.

As was the case one week ago, two determining factors in Tech’s success will be getting pressure on the quarterback and the success of the defensive backs, who may again be in man coverage with little help.

Always in football, but especially in man coverage, it is impossible for every play to be a success. Against the Buckeyes, the Hokies’ defensive backs were flagged for two pass interference penalties early, missed some crucial tackles, and were beat over the top on occasion.

Last season when the Hokies and Pirates met in Greenville, Carden led a 75-yard scoring drive in 99 seconds to open the ballgame. But as Bud Foster’s defenses so often do, Tech responded and kept ECU to three points for the rest of the game.

Perhaps no one knows how necessary that responsive attitude is more than cornerback Chuck Clark, who was picked on early and often by Ohio State’s J.T. Barrett, but responded well and played a crucial role in the victory.

“I thought it was a big time performance,” defensive backs coach Torrian Gray said. “He got a pass interference, he got beat on two deep balls, and he didn’t flinch. He ended up having ten tackles. He didn’t miss a tackle after that. I thought he played exceptionally well. I was very proud of how he hung in there.”

“I just tried to clear my mind from everything that happened early on, just come back and have a good game,” Clark said about his in-game rebound performance. “Not thinking about me, just thinking about the team and trying to get the win.”

This week against the high-powered ECU offense, Clark will likely factor large in the pass defense.

“(ECU) has some good athletes that they are trying to get the ball to, but we’re just coming in with a good game plan and are going to try to play some football.”