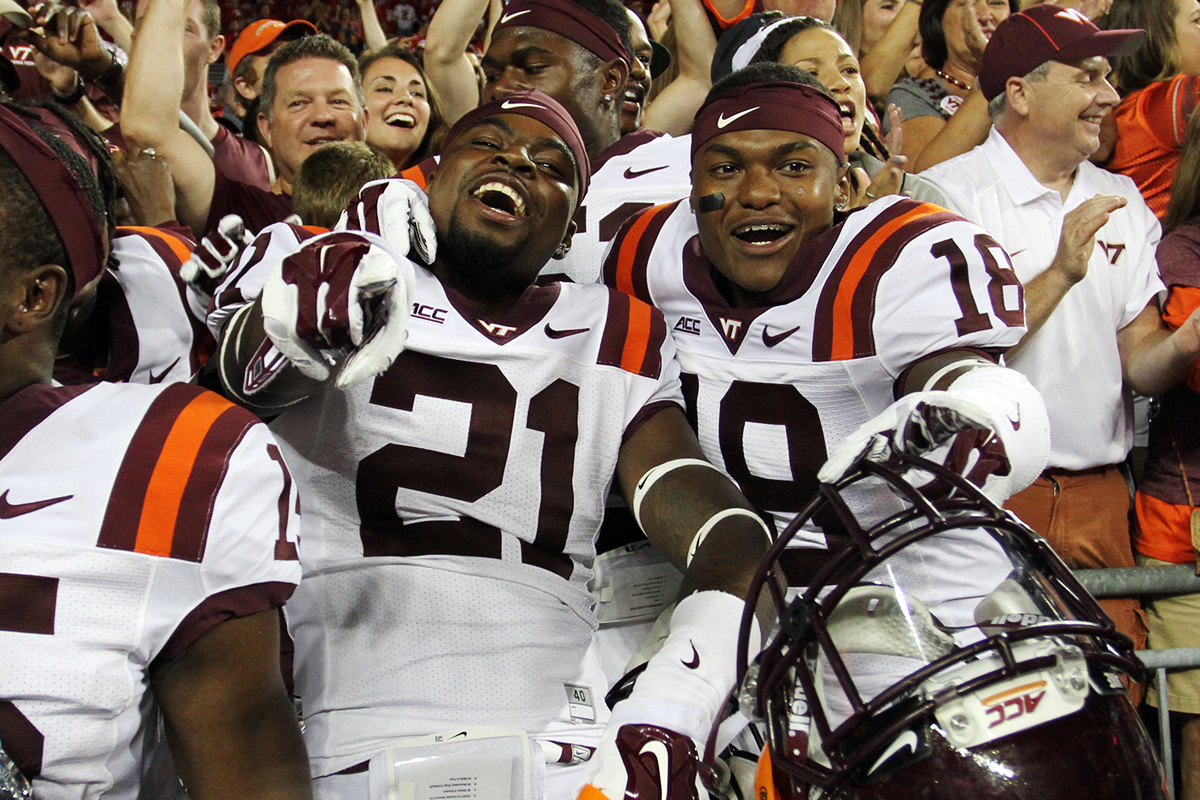 For all the buildup leading up to the Ohio State game, it’s a wonder it is only worth one win for Virginia Tech.

Since Tech was embarrassed in the 2014 Sun Bowl against UCLA, the focus, at least from the fans, has been on the nationally ranked Buckeyes.

But now, that game – no matter how great it was for the program and its fans – is over.

“We had a great win over a national team, our kids played great, our coaches coached great,” Frank Beamer, who won his first road game against a top eight opponent Saturday, said. “But right now, we enjoy the win, we celebrate it, but right now we need to get that out of our mind and get on East Carolina. I’ll tell you right now they are a dangerous team.”

The importance on moving on from the big win wasn’t an idea reserved just for the coaching staff, either.

“We call (it) the 24-hour rule,” quarterback Michael Brewer said. “You got 24 hours to think about the game, talk about the game, celebrate the game, and then it’s on to the next week. The big emphasis this week is not having a step back after a big emotional win like that.

“You see that all around the country happening every year. We’re going to do what we can to make sure that doesn’t happen, because that was a big win, there is no question about it,” he said. “Huge win for our program, huge win for our seniors, but that win is going to mean a heck of a lot more if we can continue to win and get it done each week.”

For the Hokies, who returned to the national spotlight with the primetime win on the road, it’s no longer about how well they played against Ohio State nor what the narrative surrounding the team has become. What matters now is beating the Pirates and avoiding the prototypical trap game.

“The same way we looked at Ohio State, ECU is going to be looking at us, coming into our stadium and trying to silence our crowd,” co-ACC defensive back of the week Kyshoen Jarrett said. “What we have to do and what the seniors have to do is gather everyone and make sure that they don’t get complacent. That was only week two, we’re on week three now and we have to go and play ECU.”

ECU, a team that Tech was tied with at halftime and beat by five a year ago, won’t be a walkover, either. The Pirates followed that loss with a win against North Carolina by 24 and then beat North Carolina State by 14 seven weeks later.

Shane Carden, the Pirates’ preseason All-AAC quarterback, has completed 70.5 percent of his passes in his career – the best in the nation for a quarterback returning from last season.

“I read here to our team all the things that (Carden’s) accomplished and is getting ready to accomplish this year and it took eight minutes to get all this stuff to our football team,” Beamer said. “You talk about an accomplished guy in a system that is perfect for him, throwing that ball around. I think them having a better running game, that really helps him.”

The win against the Buckeyes was one of the best in Tech’s history, but as of right now, it’s all about the Pirates in Blacksburg.