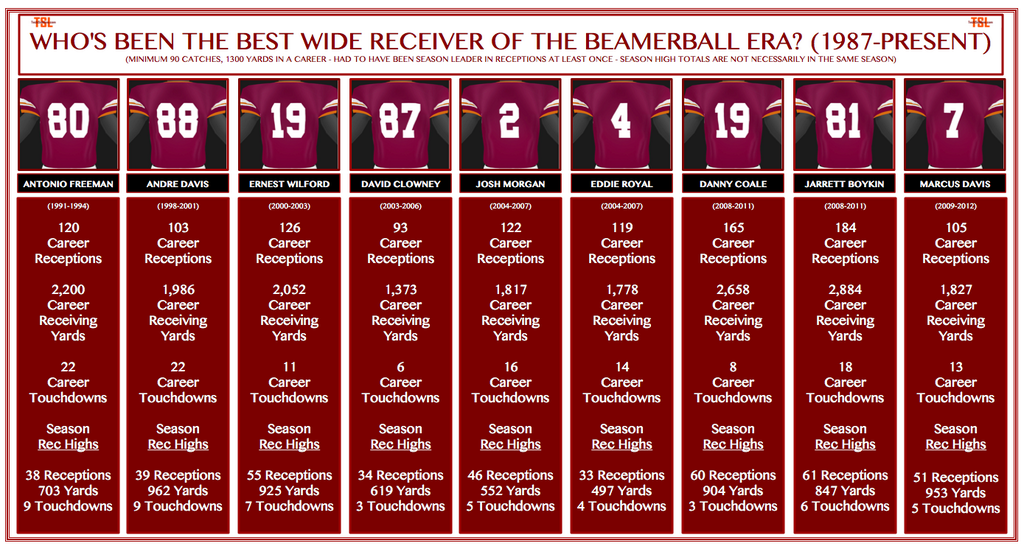 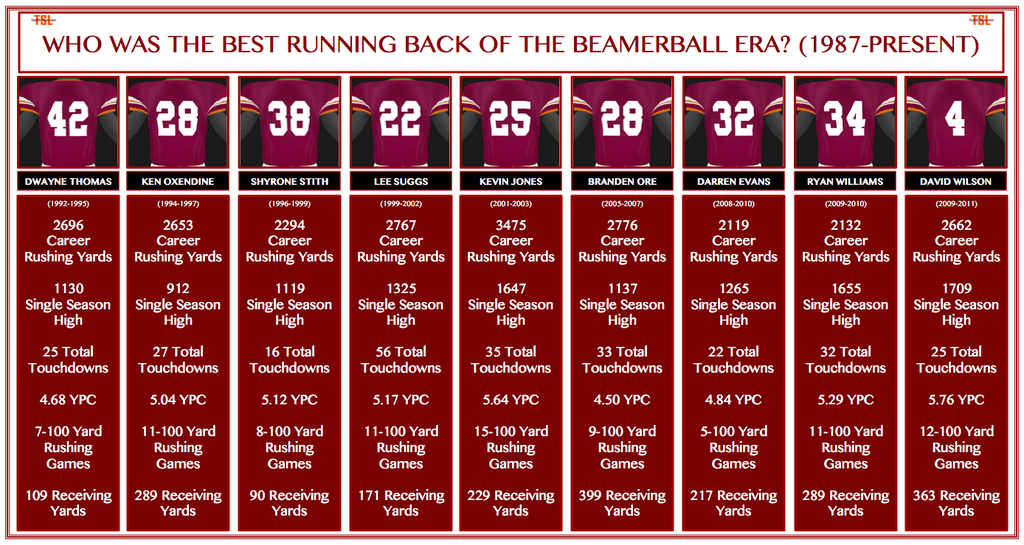 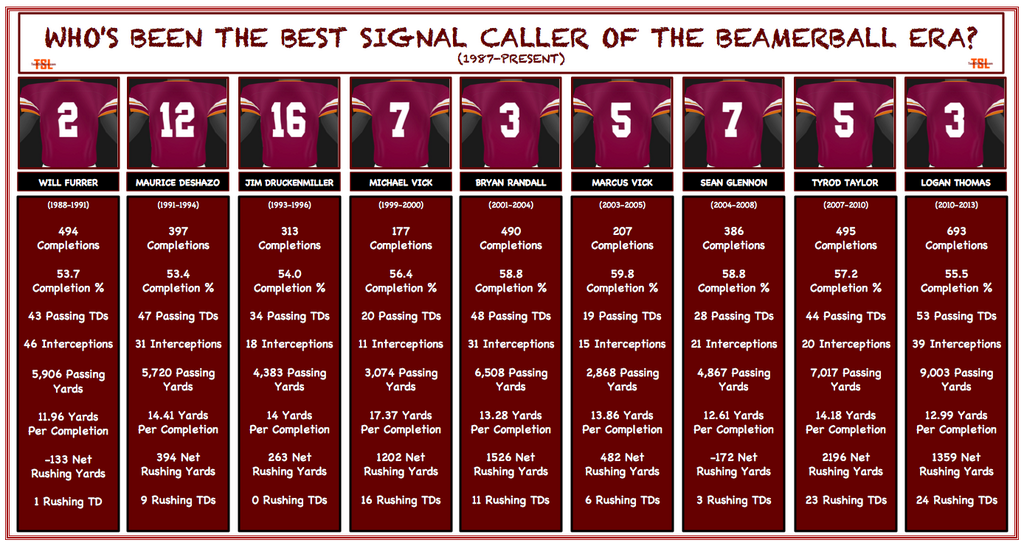 We’ll say this … that’s a lot of star power in those charts. There have been some great players to come through Virginia Tech under Frank Beamer’s watch.

Now let’s move on to the highlights and lowlights of Virginia Tech’s games against top-ten opponents in the ACC era. Some of this is fun to look at, but a lot of it isn’t. OXVT recapped the Good, the Bad, and the Ugly of all of it for us last week. (Sneak Preview:  the “good” from LSU’s beatdown of Tech in 2007 is that the Hokies won the coin toss.) 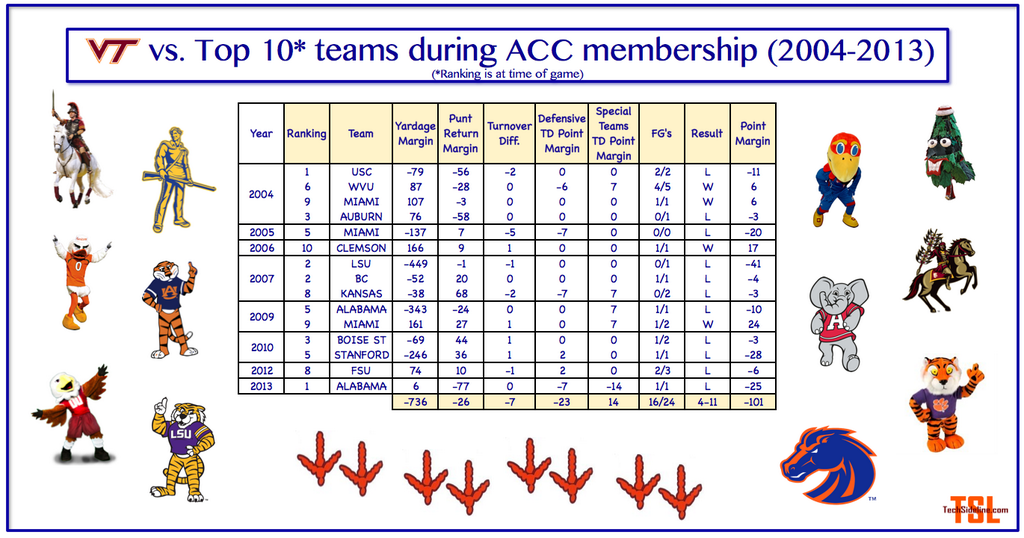 Lastly, in honor of this week’s home opener against William & Mary, here are the home openers of the ACC era. 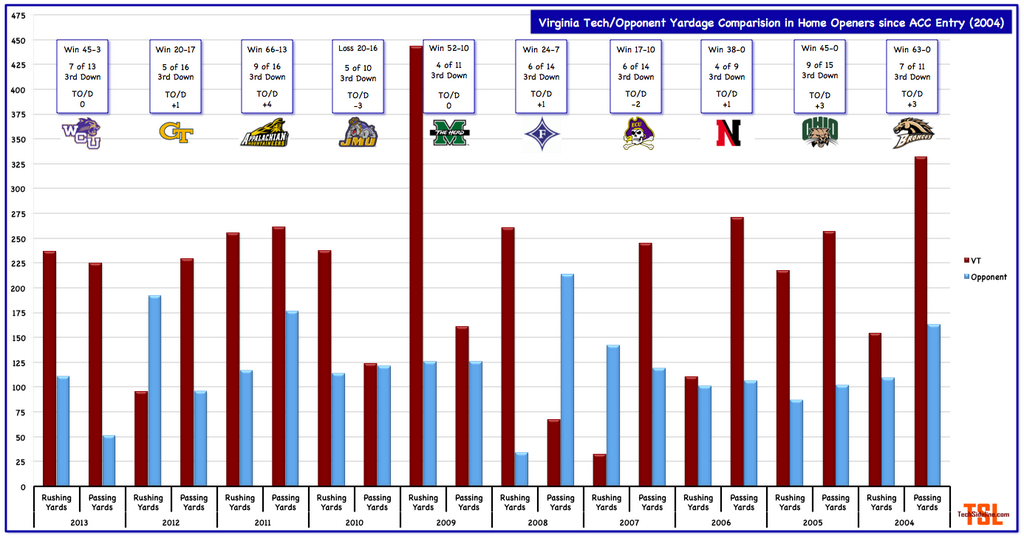 "You are looking live at Scott Stadium for today's clash between #7 UCLA and Detective Mike London's UVA Cavaliers" pic.twitter.com/FVzRH4OJaV

You can check out all of OXVT’s previous infographics work for TSL by clicking here.