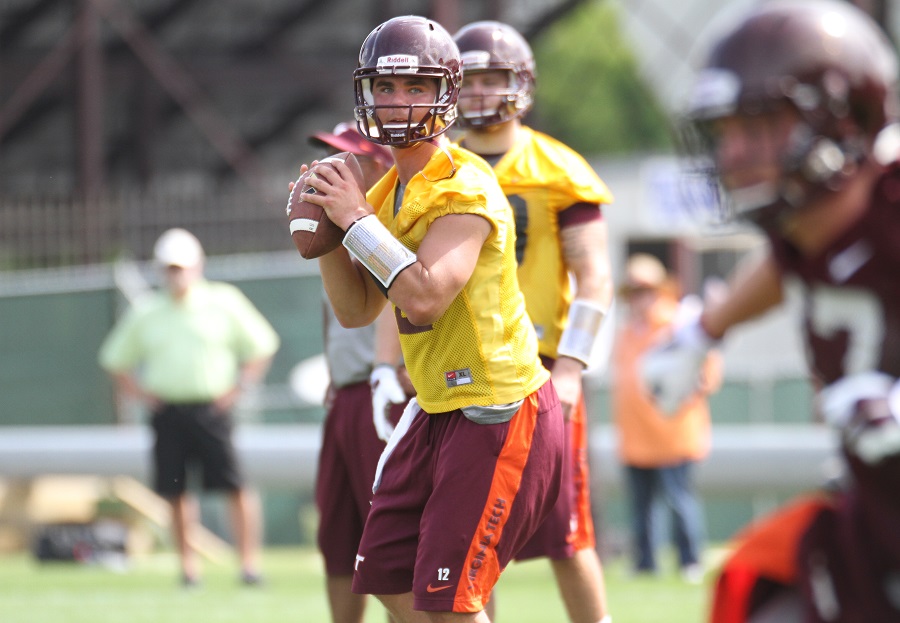 “Both of the guys gave great effort and played very well in preseason, making it a very difficult choice,” Beamer said. “It was a very close race and we’re proud of both of them.”

Beamer ultimately made the decision between Brewer and redshirt senior Mark Leal following a preseason battle between the two quarterbacks. Brenden Motley came out of spring camp as the No. 1 quarterback, but the sophomore has been slowed by a back injury in camp.

“Both guys are going to be needed in the season,” offensive coordinator Scot Loeffler said. “You always need a good, solid starter and a good backup. Both of them need to be ready to go. Brenden Motley will be third on the depth chart and will continue to develop.”

Brewer, from Lake Travis, Texas, enrolled at Virginia Tech in the summer after graduating from Texas Tech this past spring with a degree in personal financial planning, thus making him immediately eligible at Virginia Tech. He is working toward a Master’s in curriculum and instruction at Virginia Tech.

Brewer played in 13 games at Texas Tech over two seasons after redshirting in 2011. In 2012, he played in nine games, passing for 375 yards and four touchdowns and he played in four games in 2013, throwing for 65 yards and a touchdown.

“I’m extremely honored to be labeled the starter at a program like Virginia Tech,” Brewer said. “I’m very thankful for my teammates and the coaching staff for entrusting me and giving me this opportunity. I’m looking forward to this season.”

Brewer will take the field with the Hokies on Aug. 30 in the season opener against William & Mary at 4 p.m., inside Lane Stadium.