Some great stuff from OXVT on his Twitter feed last week. Let’s dig right in. 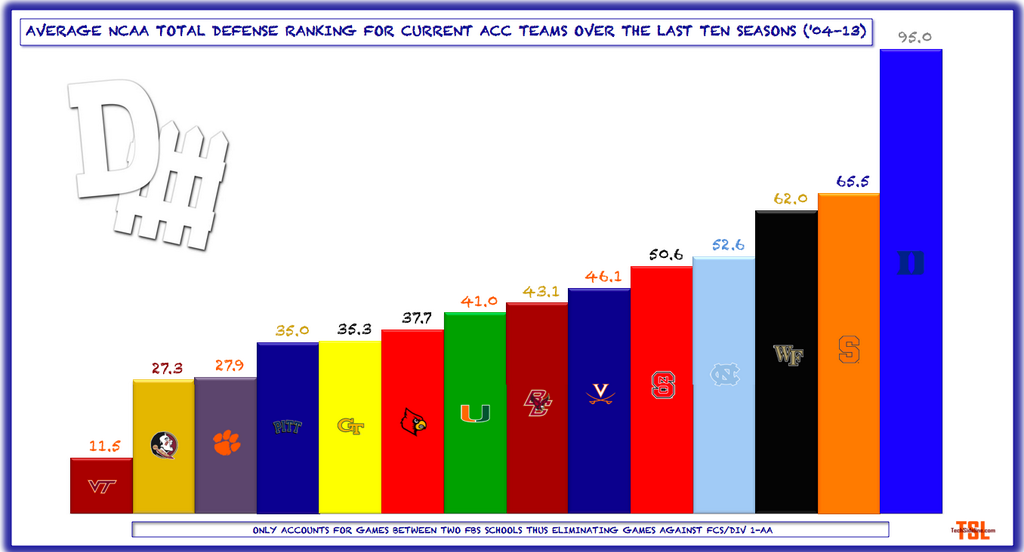 The graphic above is Just more evidence that Bud Foster is a great defensive coordinator, he has a great staff, and the program is geared to produce great defenses. 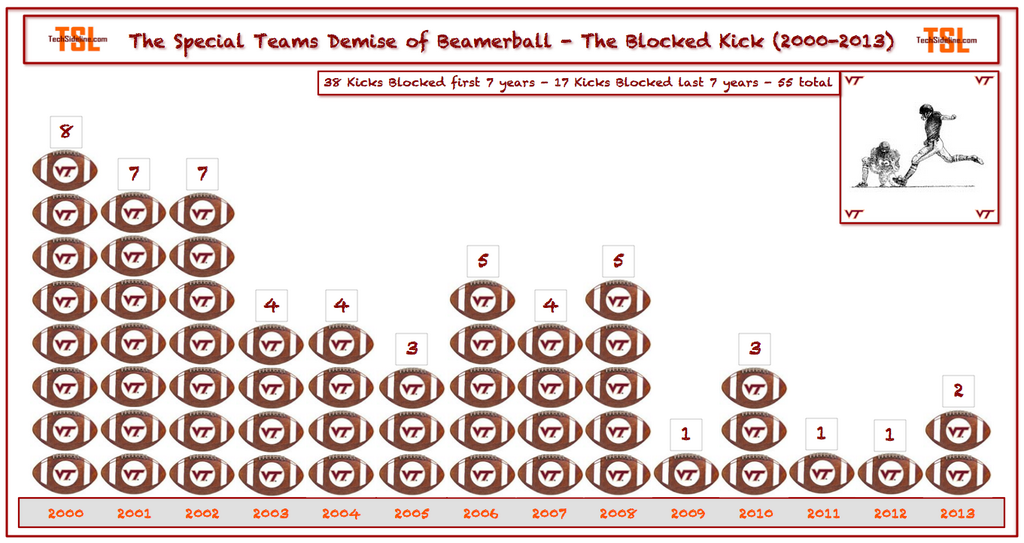 This one understandably wasn’t very popular on Twitter. Another way to slice the data is to say that VT blocked 5.22 kicks per year from 2000-2008, but only 1.6 kicks per year from 2009-2013. It’s important to point out that VT has shifted its focus from kick blocking to the return game. Frank spoke about this at length towards the end of his 2014 Media Day comments, which you can access by clicking here. 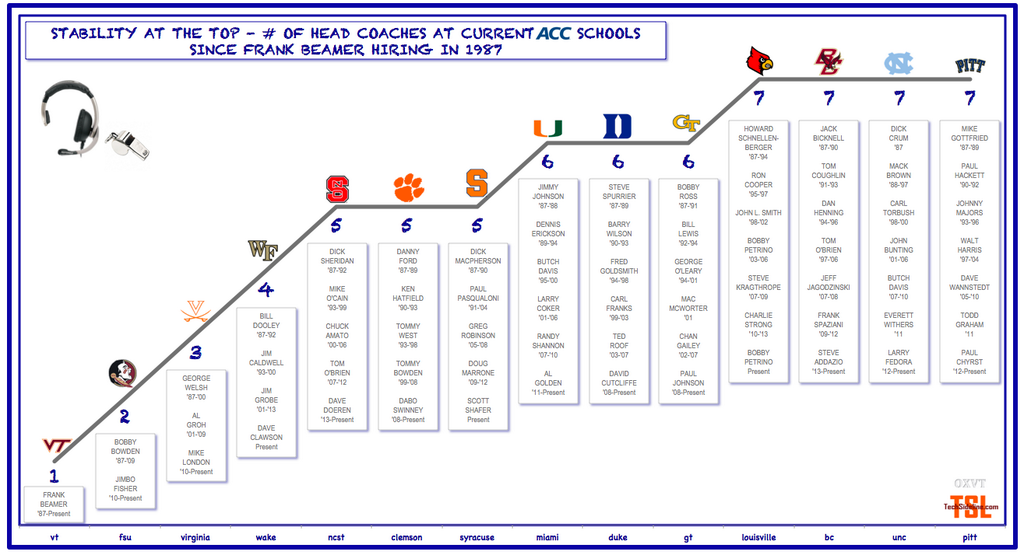 This one is fascinating. Here’s a list of the coaches who were active at the 13 other current ACC schools when Frank coached his first season for VT in 1987: 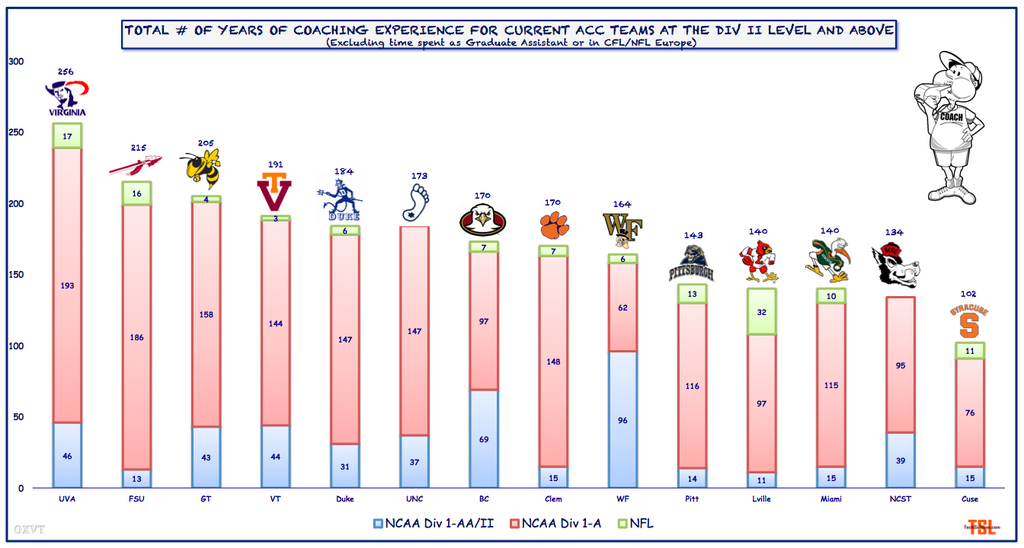 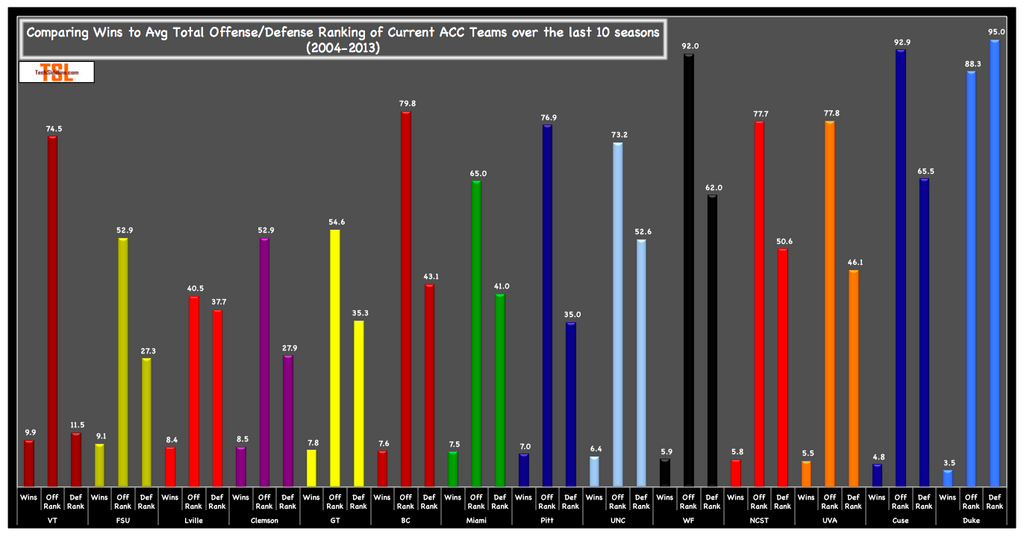 OXVT posted this one with the note “Virginia Tech 1st in Wins, 1st in Avg Total Defense, yet 7th in Avg Total Offense amongst Current ACC teams since ’04.” 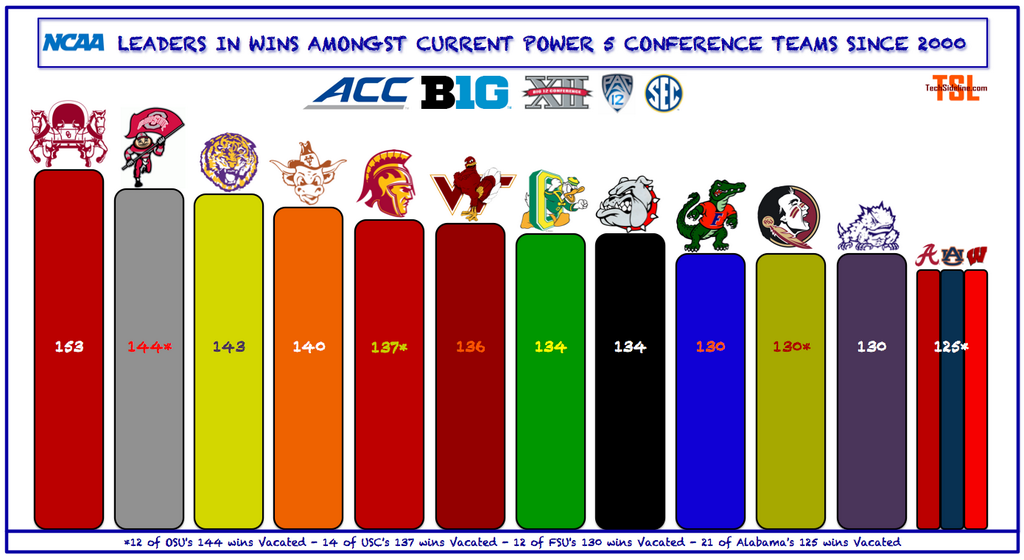 The Hokies are #6 in wins among Power 5 conference teams since 2000, #4 if you vacate the wins by USC and Ohio State. But some of those programs to the right, like Oregon, FSU, and Alabama, are coming on strong in the last few years. 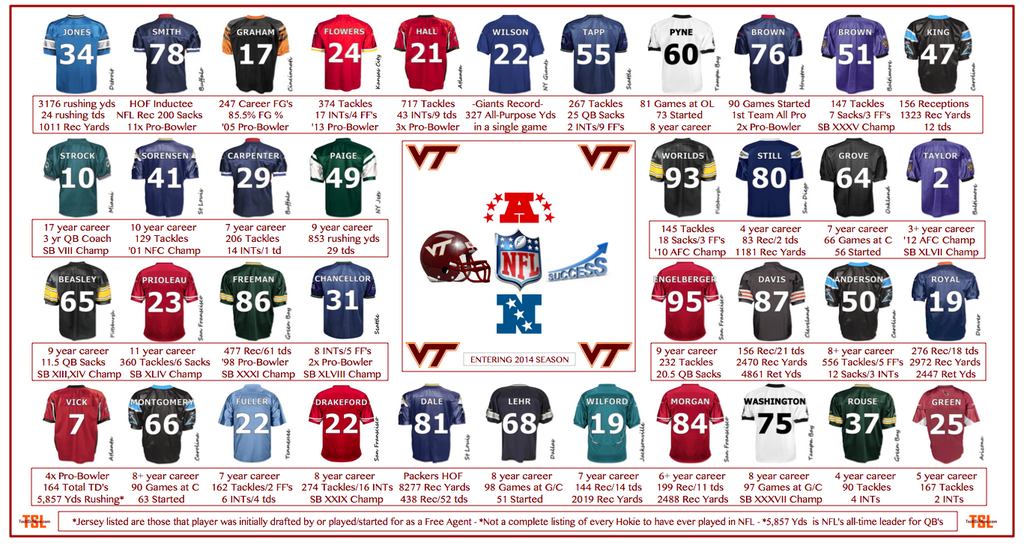 Just soak that one in yourself.