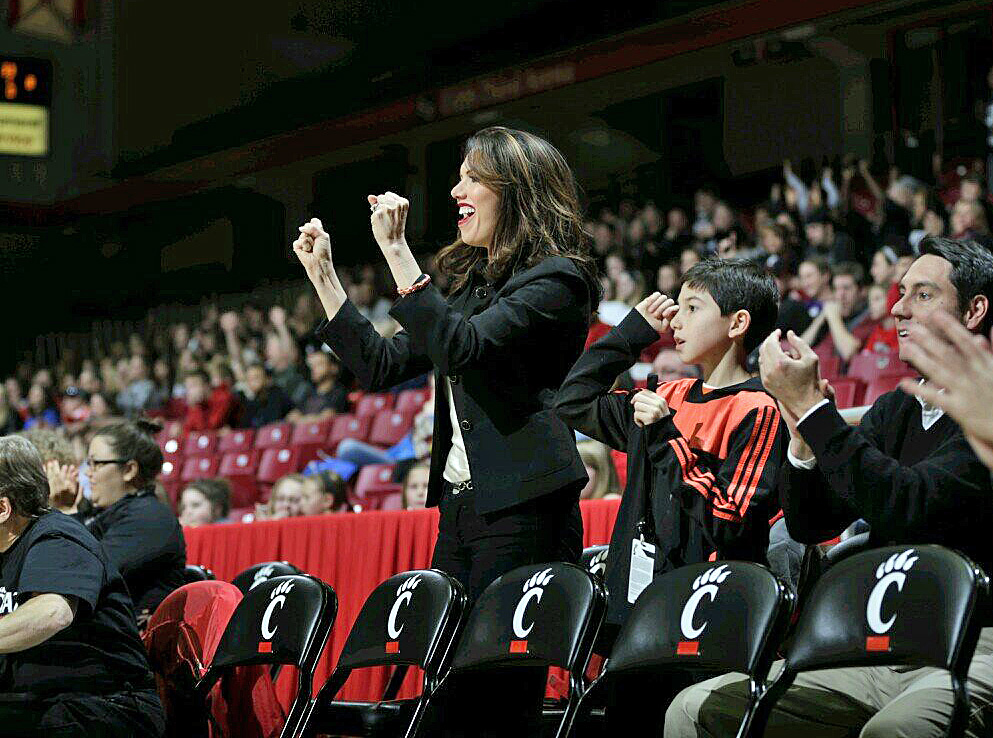 Reed-Francois is scheduled to join the Tech staff on June 16. Her responsibilities will include overseeing all of the external units of the department, including marketing and promotions, athletics communications, ticketing, IMG College and video/HokieVision.

“We are thrilled to have someone of Desiree’s ability and skill set join our team at Virginia Tech,” Babcock said. “She earned my trust and respect at Cincinnati and did an outstanding job leading and enhancing all of the external units of the department along with successfully collaborating with our coaches, staff, and university administration. Desiree believes in creating ‘memorable experiences’ for our fans, students, donors and alumni and will bring tremendous energy, organization, creativity, and work ethic to the department. She will help move Virginia Tech forward and will be an asset to our program and overall vision. I’m pleased to welcome her and her family to Blacksburg.”

A member of Babcock’s staff at the University of Cincinnati, Reed-Francois was named the Bearcats’ Interim Director of Athletics early in 2014 when Babcock left for the AD job at Tech, making her the first Hispanic female (interim) director of athletics in the NCAA Football Bowl Subdivision.

“Having seen his leadership first-hand, I have great respect for Whit Babcock and his values,” Reed-Francois said. “He has set forth his vision for Virginia Tech athletics, and I am enthused to join him and his team in achieving this mission. It’s a privilege to join a storied program like Virginia Tech, and my family and I are honored to be a part of the community. I could not be more excited to get started and help Hokie athletics advance the collective interests of our student-athletes, coaches, community and fans.”

Reed-Francois served as the Senior Associate Athletics Director and Senior Woman Administrator at Cincinnati in 2013 with duties that included direct oversight of the football, women’s basketball and volleyball programs in addition to the sports communications, marketing and promotions and video services and production departments.  She also led the department’s strategic planning initiatives and assisted in management of external partnerships.

During her 15 years in intercollegiate athletic administration, Reed-Francois has also occupied positions at the University of California, San Jose State, Santa Clara, Fresno State and the University of San Francisco. Prior to that, she held numerous positions of progressive leadership, including working as a legal associate for the Oakland Raiders and serving in a similar position with the NFL’s Management Council.

A 1994 graduate of UCLA and a member of the Bruins’ rowing team, Reed-Francois earned a Juris Doctorate from the University of Arizona College of Law. She is a member of the California Bar, has taught law classes at Tennessee and Santa Clara University and is involved on the national level, serving as a Division I-A Fellow and presenting at the NACDA Mentoring Institute and the NACWAA annual meeting.

A 2009 graduate of the Division I-A Athletics Director Institute, Reed-Francois will be joined in Blacksburg by her husband, Joshua, and son, Jackson.