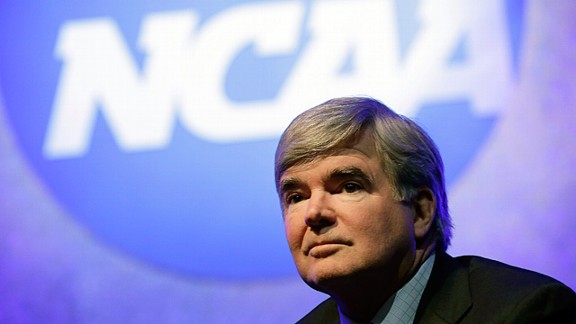 Surely you’ve heard about the Ed O’Bannon case and the UNC academic scandal. Yesterday, I realized they’re related, in a way that made me stop and say, “Hmmm…”

Former UCLA basketball player Ed O’Bannon initiated a lawsuit against the NCAA which “challenges [the NCAA’s] use of the images of its former student athletes for commercial purposes,” per that linked Wikipedia entry. That’s putting it mildly. If you want to research a little bit about the case, go ahead, I’ll wait.

You’ve also no doubt read some articles about the UNC academic scandal: no-show classes, tutors writing papers for athletes, etc. The latest articles in the last week about the ongoing UNC situation, which is called “the gift that keeps on giving” by UNC’s rivals, center around former UNC academic advisor Mary Willingham blowing the lid off that situation. Again, Google her name, and I’ll wait.

The NCAA, when it investigated UNC, found no wrongdoing because those same no-show classes were available to non-athletes (wow) … or something like that. I don’t pay any attention to what the NCAA says when it talks, because I’ve taught myself over the years to ignore liars.

The article that I read yesterday that raised my eyebrows was an article about former UNC player Michael McAdoo saying that he was steered to the no-show classes by UNC academic advisors.

McAdoo saying that isn’t a big deal. We all know it’s been going on, and UNC’s efforts to cover it up and minimize the damage are laughable.

But this paragraph caught my attention:

The athletes are using the case to contest the NCAA’s claim that the athletes were getting a meaningful education in exchange for helping universities and the NCAA make millions of dollars from their exploits on the football field or basketball court.

We’ve all heard the arguments about whether or not college athletes should be paid. Those that are in favor of paying athletes say, among other things, that the athletes “get nothing” while the university makes millions.

The rebuttal to that is, “Sure they get something. They get a free education, which is generally worth more than $100,000.” (The value of a college athletic scholarship has been calculated by numerous people.)

But what if a large percentage of athletes are being shuttled through the system and aren’t being given that free education? What if what they’re really getting is a free diploma, which isn’t the same thing?

If that’s the case, something big might happen in the next few years, as the O’Bannon case works its way through the system. I’m not smart enough to imagine the possibilities, but what if, for example, the Federal Government decides to investigate if college athletes are being “exploited”?

If the Feds decide to order a study of academics with regards to athletes at a certain number of institutions (can they even do that? I don’t know), and they dispatch researchers to universities to dig into university records and start interviewing athletes, tutors and professors, a crap storm could break out.

Universities and the NCAA are complicit in the charade of the student-athlete. Universities admit academically challenged athletes, provide them with mountains of tutors and academic support, funnel them to athlete-friendly majors, and in some cases, out-and-out cheat (see the UNC scandal) to keep athletes academically eligible. The NCAA occasionally wags its finger and preaches and hands out punishments, but it never really does anything about it, even when presented with hard facts (again, see the UNC scandal).

It’s amazing how quickly the NCAA went outside its normal investigative and punitive procedures in their haste to body-slam Penn State over the Jerry Sandusky scandal, but didn’t make a move to punish UNC for its well-oiled machine of no-show classes and plagiarized papers.

It’s a system that works well for the NCAA, its member institutions, and millions of fans.

But if an outside entity — the courts and/or the government — ever really decides to get involved and break up the party, it could mean a world of change for college athletics. Again, I’m not smart enough to know what direction this could go in, but I’m smart enough to see a storm cloud on the horizon.

Many people think the increasing focus on concussions and their long-lasting effects presents a threat to football as we know it, on all levels. But for those of us who follow college athletics, the Ed O’Bannon case, and its relation to the ongoing scandal at UNC (or such practices anywhere else) presents a bigger force for change than football player safety. It could have far-ranging effects across not just football, but college athletics in general.