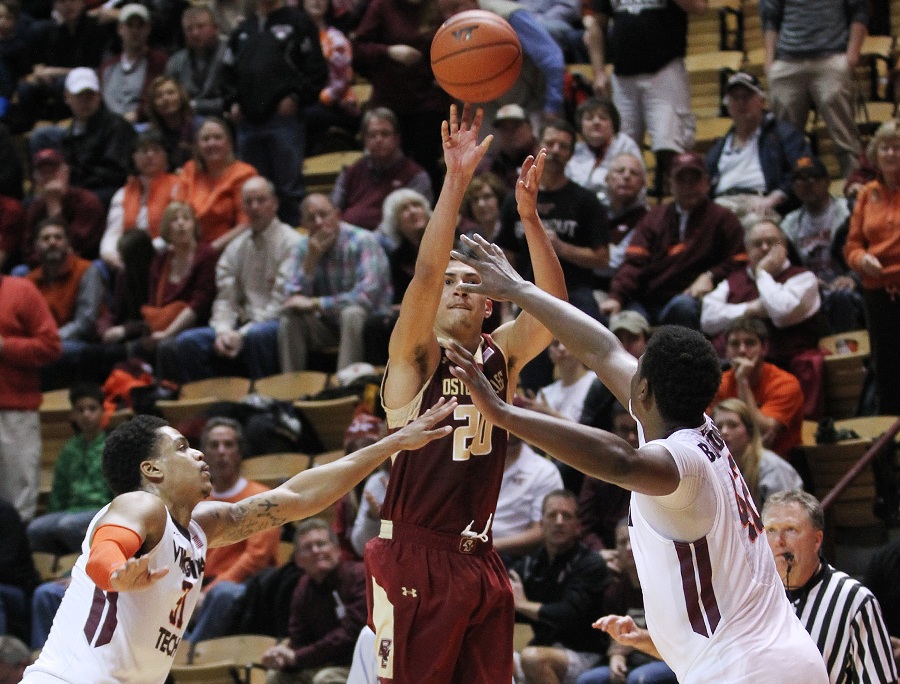 Virginia Tech lost a close game to Boston College 62-59 in Cassell Coliseum on Saturday afternoon.  The Hokies dropped to 8-7 on the year, and 1-2 in the ACC.  BC improved to 5-11, and they also have a 1-2 mark in league play.

The game was close the entire way, but the Hokies lost it in the final moments on a few plays.

1: C.J. Barksdale, who played a good game otherwise, missed a dunk in traffic with 3:49 remaining that would have put the Hokies up three.

2: Up by 1 with 3:10 left, Ben Emelogu saw a chance to throw a hail mary to C.J. Barksdale after a defensive rebound.  Unfortunately the pass sailed high, and instead of having a possession up by a point, Tech turned it over.  BC promptly nailed a 3-pointer to take the lead.

4: Tech didn’t get a great final possession.  Adam Smith was forced to create his own shot.  It was a decent look from the baseline, but it fell short.

Tech did a good job on BC’s two best players.  Olivier Hanlan had just 14 points on 5-of-15 shooting, and Ryan Anderson had just six points while rarely touching the ball in the low post.  However, Lonnie Anderson scored 17 points, including the game winning shot.  He came into the game averaging just 4.4 points per game.

Tech returns to action on Wednesday night when they host the Clemson Tigers.  Tipoff is scheduled 7pm, and the game will be televised by RSN.  Check your local listings.