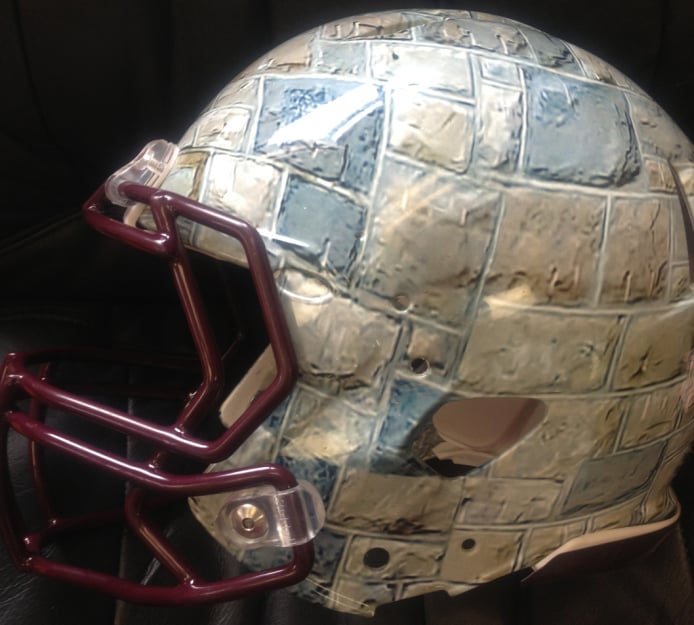 It’s clearly obvious at this point that Nike likes to design a lot of different uniforms for their teams.  With their ongoing competition with Under Armour, I understand that.  It’s also clearly obvious that Virginia Tech is willing to wear pretty much anything Nike wants them to wear.

The Hokies have worn some interesting threads in the past.  The all white Nike Pro Combat uniforms  in 2009, the all black Nike Pro Combat uniforms in 2010, the camo uniforms last season, orange jerseys, maroon jerseys, maroon helmets, white helmets, black socks, numerous helmet designs….if you can imagine the combination, chances are Virginia Tech has worn it in a football game.

One of the unique things about the Virginia Tech campus is, of course, the Hokie Stone that the buildings are made of.  Nike has now taken their uniform designs one step further and created a Hokie Stone helmet.  No, it’s not made of Hokie Stone, but it sure does look like it.

I can’t say I hate it.  I don’t know what the rest of the uniform is going to look like it.  I also can’t say that I like it.  I’m completely down with wearing special uniforms…once a year.  When you start changing them every week, then they cease to become special.  And if you still insist on changing them several times a year, my only request is that they look good.  Nike and Tech haven’t always been able to accomplish that.

So far, there’s no word on when the Hokie Stone helmets will make their debut.  Oh well.  At least they don’t look like this… 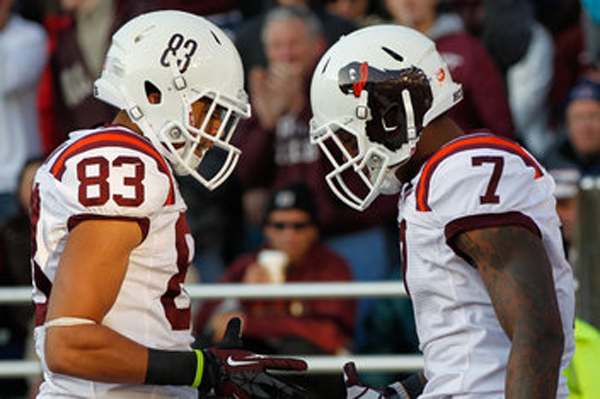