The NCAA announced two significant rule changes today. One is specifically related to football, while the other governs all student-athletes.

The redshirt rule will have far-ranging effects, but the biggest is that it will allow redshirting players to substitute for injured players (or suspended players, or dismissed players) at any point in the season, but most notably at the end of the season, when injury attrition starts to take its toll. The rule will also allow coaches to get some experience for promising freshmen early or late in the season, as well as follow through on promised playing time.

The rule was proposed by the AFCA (American Football Coaches Association) in 2017. Virginia Tech head coach Justin Fuente tweeted out his support of the new rule via the Virginia Tech Football Twitter account. 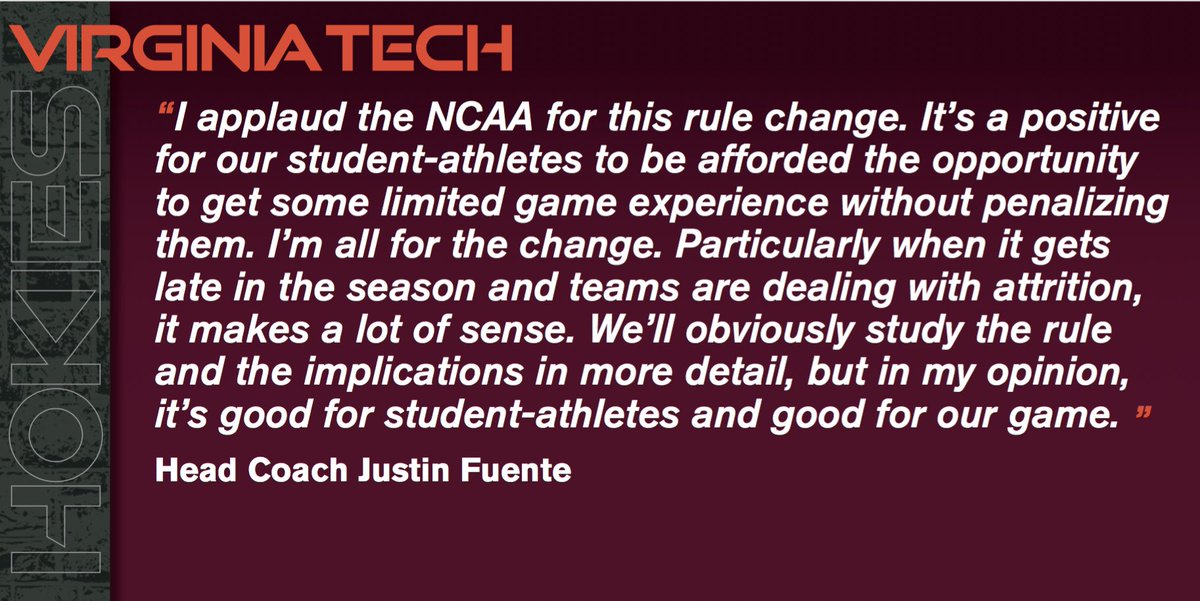 Regarding the transfer rule, the NCAA’s statement on the new rule contained the following passage which sums up the change:

This new system allows a student to inform his or her current school of a desire to transfer, then requires that school to enter the student’s name into a national transfer database within two business days. Once the student-athlete’s name is in the database, other coaches are free to contact that individual…

The previous transfer rule, which required student-athletes to get permission from their current school to contact another school before they can receive a scholarship after transfer, was intended to discourage coaches from recruiting student-athletes from other Division I schools. The rule change ends the controversial practice in which some coaches or administrators would prevent students from having contact with specific schools. Conferences, however, still can make rules that are more restrictive than the national rule.